A story of a Water cooler; or, how the Princeton gym defeated me

I've written about the Admiral and my trip to NYC twice now, once about our time together going places, and once about the Burney conference. I left out a sudden insight I had which I feel was confirmed over the last two days by my Aspergers Net friends.

This is a story about the Princeton Gym Water cooler; or, Coping with Machines.

More than 2 years ago I queried Aspergers Adults listserv about my problem of getting lost, especially when driving in a car. All my life I've experienced the phenomena of getting lost, and, as a result, much anxiety when going new places to the extent I'd learned to practice going to a place (that is I go the day or days before I have to be somewhere) in order to make sure I'll get there when I need to and do so in a more calm state. When it's just too far to practice (like another state) the Admiral drives me there. Once Yvette came with me to Portland (for a JASNA).

I got much help from said list-serve. I was told I was not mad, that this experience really happened and that anxiety over it was natural. Problems, difficulties and confusion over space-geography coordinates (situating oneself) were a genuine part of the disability autism. A label from the DSM was offered. I felt validated and less alone and strange.

Well this past weekend I experienced in a stinging way another kind of what I guess is a related experience I've had all my life. I happened to be at the Princeton Club/Building gym. Never mind what I was doing or how I got there (I'll explain another time if I haven't already). I was there and wanted to use their really snazzy up-to-date excellent equipment.  The admiral had brought my trainer shoes, socks, gym outfit. Well, I was thwarted right-and-left. The machines were all of the latest kind and that meant the buttons were all speaking generally different from those of my usual community center gym. Do you want to hear of my struggles with these expensive super-duper elliptical, indescribable and nameless, and treadmill machines.  The bike was in such good condition it was painful for my feeble thighs to press on the peddles. The treadmill began to terrify me as it made alarming whirring noises while "jogging" and kept insisting I find a program to watch on its screen. The earplugs from my i-pod also kept slipping off as I was trying to listen to Donada Peters read aloud The Portrait of a Lady. Then I'd lose my place and have to find where I was again! My i-pod is a struggle site for me in itself. It keeps showing a slightly different configuration. (I find exercising on machines so boring.)

Finally, the last straw:  my humiliation at the water cooler. Thirsty (who wouldn't be), I went over to the water cooler. What a fancy thing they had. Well I just could not find the button or place to hit to produce water. The cups I could see -- on top of the cooler, perfectly visible. Whew! But the cooler itself appeared to have no water. I asked aloud about this. Finally some irritated person came over and in a split second showed me the wide discreetly placed button (under the cooler) and gushes of water poured out.

I had my drink and went back to my room. I gave up. Yielded. This superbly appointed room was not for me. I could not use the things in it. They were inflexible, disability-person unfriendly.

I do have this problem all the time. Someone (years ago) had to patiently show me how to pump gas. I couldn't get it until someone showed me. Even now if a latest-thing pump is put in front of me I can be defeated. To pay by credit card (where the machines demand such swift action I get nervous) I go over to the guy in the kiosk and ask him to do the action for me with his nifty cash register stuff. I've tried to get Yvette to do this but she is too ashamed or too diffident or just too autistic to do this.

It repeats on the Net ad nauseam. Others see the place to click in a new configuration. I never do. Others guess at some intermediary step. I never do. So am often defeated.

Indeed it's been getting worse in the last ten years as increasingly words are never used, and puzzling icons replace them and these get tinier and tinier.

I asked if there is a term for this as there is for confusion when it comes to moving in space and time in unfamiliar places. I asked if others experience this? I have never found out a way to overcome short of meeting a kind person who walks me through the new buttons or process. On the Net people who are friends have trouble doing this because they can't see what intermediary step I am omitting or not getting.

The experience was desolating. I felt shut out in the first place since I know I am not part of the 1% and then being with their equipment being proved incompetent -- well just think of the sneers of that bully-boy who loves to fire people and is eager to fire Big Bird. 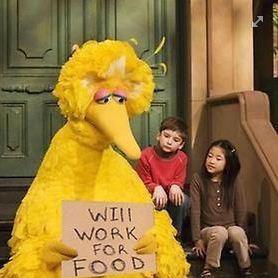 *********************
Over the past day and one half I've read a number of replies where people say they experience this too. One man called it his "buttons problem". Another woman talked of "the multi-faceted terror of relaying calls." Sitting in front of phone bank! Alas, though I was told there is no separate term. The experience of not knowing what to do when confronted with a new machine without instructions, especially when you are expected to act quickly is related to getting lost on highways, but there's no special term and no explanation.

It did make me feel better to know that my previous specific disability had a category name. I remember finding on the Net (in the DSM) satisfying explanations of the phrase (alas forgotten now but in my files in my computer somewhere) given me for difficulties and confusion in situating oneself spatially especially when any speed is required also. A name or label somehow contains the anxiety, as in "oh, it's nothing but X" and lots of people are so afflicted and (implied) carry on regardless.

I like the idea of giving the condition a name, but am not sure that makes it sound trivial (my buttons problem) helps. Given the ubiquity and constant "upgrades" of machines and software in our society, when say one has a job at stake or simply wants to do something and is in front of other people, laughter is not always an available response.  The implication from other people's eyes is "how stupid could you be," accompanied by impatience. I couldn't cope with the water cooler. How inadequate is that?!!

Now the posting about trouble with the phones really hit home and has led to my writing this blog. When I was around 16 I had a job with the Federal Aviation Agency at Idlewild (later Kennedy) Airport as a GS-4 (we are talking 1962 -- I was 15-16 then) and was offered a promotion quickly -- but there was this obstacle of several phones with all sorts of buttons on my desk. It was secretarial. The lawyer wanted to promote me because he saw quickly how able I am with words, reading, writing, but that's not all that's wanted.  I said "no, no!" I can't do it. Everyone was shocked. Don't you want to be promoted? (and underneath their breath, you are a child who does not deserve to be at this desk, of course you can't do it.) Much misery. To make a long (several week) story shorter I ended up an assistant to the secretary of the Contracting Officer and working for him as faithful dogberry stenographer. I'd follow him about taking down each word he and others said in meetings and typing these up. As "safeguards" as he had to sign contracts costing the gov't high sums to buy  air Traffic control towers and rent land to build said control towers on.

Recently (I know I know you are tired of hearing about this Mais ayez la patience, my friend) I stopped teaching and one cause was that I was being pressured to use a very complicated software program that drove me wild with frustration. People would say, oh how easy, and proceed to demonstrate a little bit, but then they'd go away .... Nothing would do but that I use this software. I could not submit a version of the stuff from students I had selected and set up. This was part of an effort in the university to micro-manage everyone -- a form of pressure to get you to teach another way that I find very wrong.  The person running the Composition department was using this requirement to control or get rid of people. So now I must to conscience, and age (bad feet, bad back, eligible for Social Security &c&c) add, I must add, my Aspergers led to my decision. The lousy parking situation -- about which I can laugh though it's not funny when you are there and have paid $625 and can find no parking -- is just an add on.

So this experience I have so often, especially here on the Net (recently on Facebook) -- is one that comes with the territory of Aspergers. I wish I had known at least this much years ago. I really didn't think of it this way until I stood there the other day and said to myself, "A water cooler, what is with you!" and then it came. "Yes, this is another Aspergers trait."

**************
Journalizing: 10/10/12: I was thinking this morning a GPS is a help against getting lost and they are amusing polite (they never say, "Jackass! after I told you not to do that you did," but instead fall silent and then patiently say, "at the next available roundabout make a U-Turn ...." ) and just ignore my anxiety. But what can aid a person when you confront an upgrade? The kinds of people who make GPS's can't keep up. There are too many programs, type machines.