Vote for Obama! a story of generosity of spirit; how crayons are made; Colony okay after all

Join us! Voting for decency, for wise caution, for caring for others, for making sure their small precious stakes  -- be it money, the small investor, or their life savings and social security, or their health care, or sexual & social liberty, for good education for all and widespread knowledge of science, humanities, social knowledge. Vote for the man who kept us from a depression and will not deprive us of Sesame Street!

A story of generosity of spirit

How to make crayons

At 1:00 pm, 11/7: BBC America someone remarked early in the evening that the "colony was [he feared] dysfunctional." Well the colony is okay for now after all.

Jesse Jackson summed up what happened very well: the intense and overt effort to suppress the vote boomeranged. There was a huge turnout; people were willing to go through intimidation, long lines, were able to overcome illegal demands they produce unnecessary IDs, the NAACP and others did send out watchers. Then Romney blew off African-Americans, women, the elderly, college young adults, the poor, Spanish people, and immigrants. Who is left? Not enough to win.

A picture from the campaign 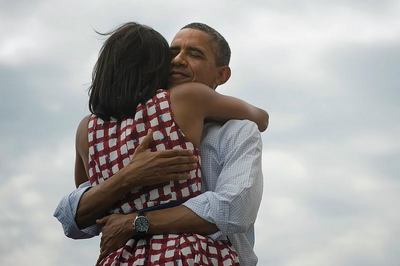 A picture from the Campaign.