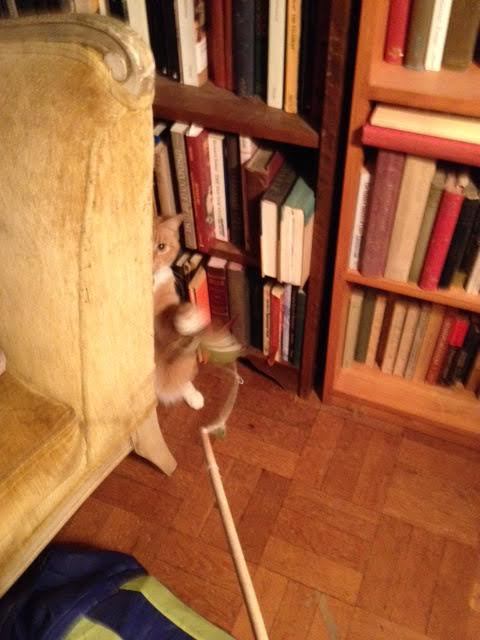 I want to play,
But can I trust,
Behind the Furniture is safe,
But it is Lonely.

On the floor are toys and joy,
By the books is quiet and safe.
I would leave, but can I trust.
Would the fun be worth the risk?

I will walk on unsheathed claws,
that click upon the parqueted wood
My tail raised ready for flight,
My heart ready for the play.

The play’s the thing
Wherein to catch the catness of the cat.
--- JHarper

As you may remember the Admiral and I were married on October 6th, 45 years ago, and we met 46 years ago so it is 47 years since he entered my life and became the center of my existence.  He was born on October 3rd, 1948.

Have I told you how in January of 1969 I went to France and while I was with people to the point I began to talk in French and even felt I was thinking in it in order to go faster, I nonetheless became so stressed at being alone most of the time I began to lose track of what day it was, what date, I couldn't somehow figure how the time of day so I decided I needed to return to Leeds. My landlady forgave me the rent I owed her as when I was leaving there was someone to replace me, and I got on a train to the Channel, then a boat to Southampton and then a train all the way to Leeds. This was the first of many times that as I neared Leeds and knew I was nearing him, I began to get eager to go faster and faster because he was beginning to be closer, within reach. In later years driving home from somewhere I'd speed up when I got within 10 miles of our home in order to get back to him.

When I arrived, around 10 at night, a raw February night, Leeds mist, windy, within minutes (truly) there he was at the door, so thin. He was hungry, had no job as yet and no apartment. We fell into one another's arms. I rushed out to buy food and drink, and brought it back and he cooked it.  I think we knew then how much we meant to one another.

He died on October 9th, 2013, the Thursday, precisely at 9:05 pm, a year before the first day of the Burney conference at Montreal -- a small group of people who meet just the day and one half before each JASNA AGM (as well as elsewhere at different times of the year, with ASECS for example). I heard 11 papers on October 9th (having gotten there by a 45 minute walk through a freezing cold windy day in Montreal, up a hill by 8:45 am); I proceeded to take much down in sten -- it keeps the mind occupied as well as the hands. Was given much food and drink, made welcome, talked to, smiled at, and in the evening got myself back to the JASNA where again I got myself a plate of food which I tried to eat (with two friends who had known Jim) and by 9 pm with Yvette (Izzy) went to the first larger lecture of the JASNA. I went from Burney people and place to JASNA; much of the conference I was roaming from here to there.

Since he no longer is alive, he could not be here with the cats as he was when Izzy and I went to two previous Jane Austen meetings (Portland JASNA and a Jane Austen Summer Program at Chapel Hill in North Carolina, so first Caroline's friend Marni visited the cats and then daily Caroline came and played and fed and stayed with them. They were frightened that first day and gradually calmed down, and began to recognize a pattern as well as Caroline. I've put one of the more poignant images of Ian up -- with a poem one of Caroline's commentators was prompted to write or put on her blog. 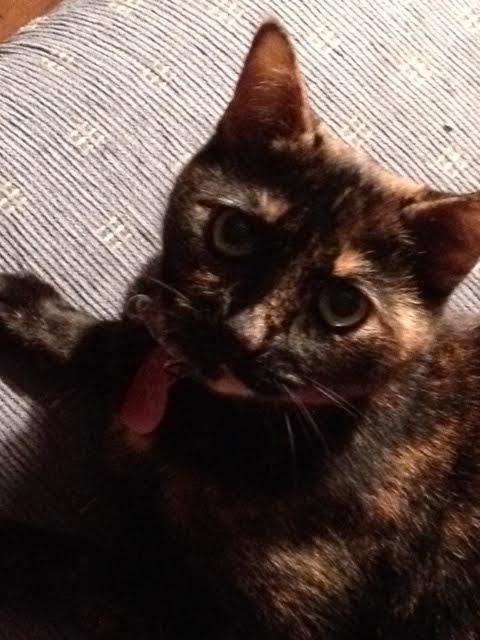 Here is Clarycat the first day without us.

Here she is in an equivalent posture with Ian: 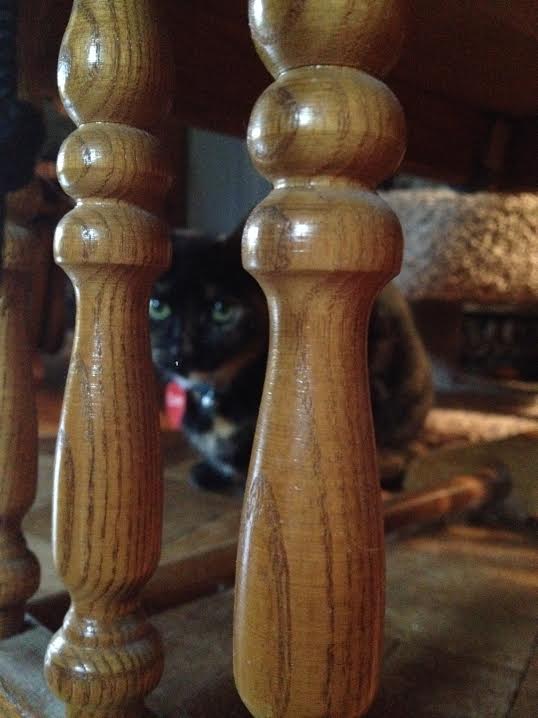 As the days passed, they did begin to play and trust and interact more. In case anyone thinks I'm exaggerating, they vomited here and there across the house. They were upset. I've seen a video where a cat wails when it's left alone for days on end.

It was however only 4 nights and 5 days and Marni was here the first day and Caroline every day thereaftrer. Every effort was made to pet, engage, play, love them.

Here they are towards the end, 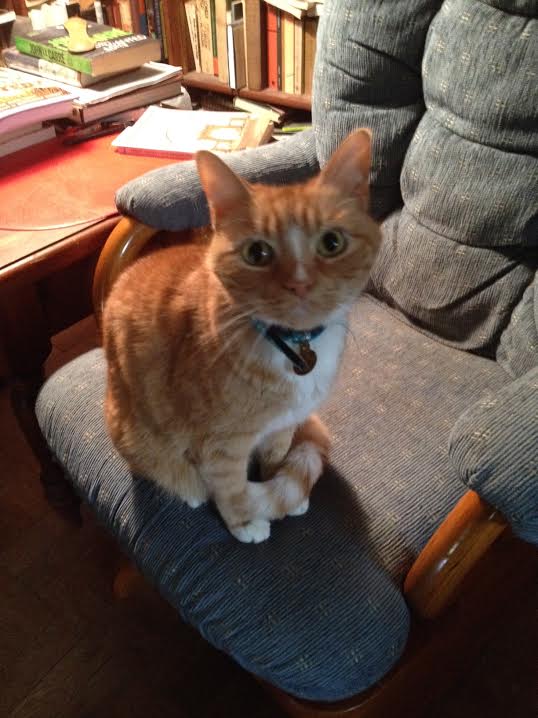 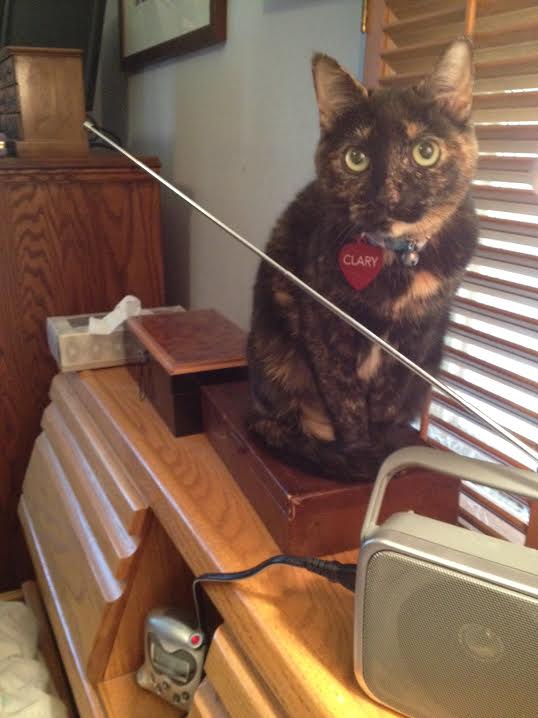 by my bed she waits.