Clive James's latest poems: gazing on that other side of that silence 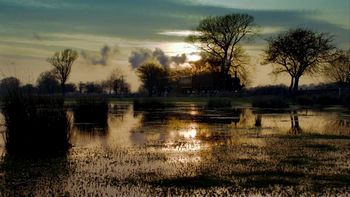 A train rushing through the Yorkshire landscape -- as I once rushed to Jim, September 1969 (very first still of Downton Abbey, the 1st season).

Clive James was a favorite poet for Jim. I own four books of James's poetry, couplet satiric art about London and the literary world, which Jim would read aloud from to me. I didn't understand most of the references, and probably couldn't enter into the spirit of these as I didn't know enough about the people. They are Pope updated. I could and did read James's journalistic criticism.

It became apparent to me sometime last year that James is dying: he has a fatal illness and is living with a daughter and grandchildren: I noticed first one great poem, and then another, saw a brief explanation and now fit together here the four thus far.

Sentenced to life, I sleep face-up as though
Ice-bound, lest I should cough the night away,
And when I walk the mile to town, I show
The right technique for wading through deep clay.
A sad man, sorrier than he can say.

But surely not so guilty he should die
Each day from knowing that his race is run:
My sin was to be faithless. I would lie
As ifI could be true to everyone
At once, and all the damage that was done

Was in the name of love, or so I thought.
I might have met my death believing this,
But no, there was a lesson to be taught.
Now, not just old, but ill, with much amiss,
I see things with a whole new emphasis.

My daughter’s garden has a goldfish pool
With six fish, each a little finger long.
I stand and watch them following their rule
Of never touching, never going wrong:
Trajectories as perfect as plain song.

Once, I would not have noticed; nor have known
The name for Japanese anemones,
So pale, so frail. But now I catch the tone
Of leaves. No birds can touch down in the trees
Without my seeing them. I count the bees.

Even my memories are clearly seen:
Whence comes the answer if I’m told I must
Be aching for my homeland. Had I been
Dulled in the brain to match my lungs of dust
There’d be no recollection I could trust.

Yet I, despite my guilt, despite my grief,
Watch the Pacific sunset, heaven sent,
In glowing colours and in sharp relief,
Painting the white clouds when the day is spent,
As if it were my will and testament –

As if my first impressions were my last,
And time had only made them more defined,
Now I am weak. The sky is overcast
Here in the English autumn, but my mind
Basks in the light I never left behind.

Rounded with a Sleep

The sun seems in control, the tide is out:
Out to the sandbar shimmers the lagoon.
The little children sprint, squat, squeal and shout.
These shallows will be here until the moon
Contrives to reassert its influence,
And anyway, by then it will be dark.
Old now and sick, I ponder the immense
Ocean upon which I will soon embark:
As if held in abeyance by dry land
It waits for me beyond that strip of sand.

It won’t wait long. Just for the moment, though,
There’s time to question if my present state
Of bathing in this flawless afterglow
Is something I deserve. I left it late
To come back to my family. Here they are,
Camped on their towels and putting down their books
To watch my grand-daughter, a natural star,
Cartwheel and belly-flop. The whole scene looks
As if I thought it up to soothe my soul.
But in Arcadia, Death plays a role:

A leading role, and suddenly I wake
To realise that I’ve been sound asleep
Here at my desk. I just wish the mistake
Were rare, and not so frequent I could weep.
The setting alters, but the show’s the same:
One long finale, soaked through with regret,
Somehow designed to expiate self-blame.
But still there is no end, at least not yet:
No cure, that is, for these last years of grief
As I repent and yet find no relief.

My legs are sore, and it has gone midnight.
I’ve had my last of lounging on the beach
To see the sweet oncoming sunset light
Touching the water with a blush of peach,
Smoothing the surface like a ballroom floor
As all my loved ones pack up from their day
And head back up the cliff path. This for sure:
Even the memories will be washed away,
If not by waves, by rain, which I see fall,
Drenching the flagstones and the garden wall.

My double doors are largely glass. I stand
Often to contemplate the neat back yard
My elder daughter with her artist’s hand
Designed for me. This winter was less hard
Than its three predecessors were. The snow
Failed to arrive this time, but rain, for me,
Will also do to register time’s flow.
The rain, the snow, the inexorable sea:
I get the point. I’ll climb the stairs to bed,
Perhaps to dream I’m somewhere else instead.

All day tomorrow I have tests and scans,
And everything that happens will be real.
My blood might say I should make no more plans,
And when it does so, that will be the deal.
But until then I love to speak with you
Each day we meet. Sometimes we even touch
Across the sad gulf that I brought us to.
Just for a time, so little means so much:
More than I’m worth, I know, as I know how
My death is something I must live with now. 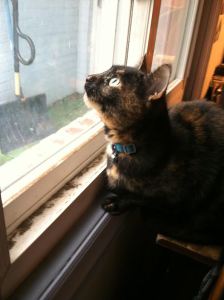 My beloved Clarycat who so loved Jim, grieved for him, and whom I now spend my days and my nights too with; she and Ian, her brother are attached to me (and Izzy) and we to them (Spring 2014)

Your death, near now, is of an easy sort.

So slow a fading out brings no real pain.
Breath growing short
Is just uncomfortable. You feel the drain
Of energy, but thought and sight remain:

Enhanced, in fact. When did you ever see
So much sweet beauty as when fine rain falls
On that small tree
And saturates your brick back garden walls,
So many Amber Rooms and mirror halls?

Ever more lavish as the dusk descends
This glistening illuminates the air.
It never ends.
Whenever the rain comes it will be there,
Beyond my time, but now I take my share.

My daughter’s choice, the maple tree is new.
Come autumn and its leaves will turn to flame.
What I must do
Is live to see that. That will end the game
For me, though life continues all the same:

Filling the double doors to bathe my eyes,
A final flood of colors will live on
As my mind dies,
Burned by my vision of a world that shone
So brightly at the last, and then was gone. 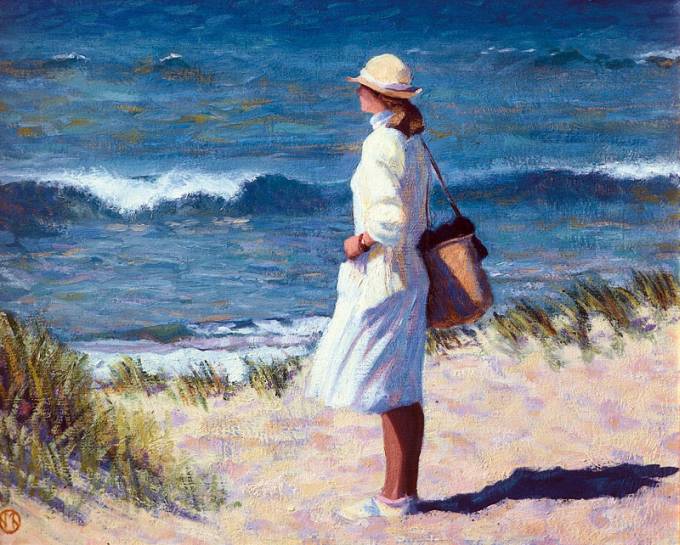 The stars in their magnificent array
Look down upon the Earth, their cynosure,
Or so it seems. They are too far away,
In fact, to see a thing; hence they look pure
To us. They lack the textures of our globe,
So only we, from cameras carried high,
Enjoy the beauty of the swirling robe
That wraps us up, the interplay of sky
And cloud, as if a Wedgwood plate of blue
And white should melt, and then, its surface stirred
With spoons, a treasure too good to be true,
Be placed, and hover like a hummingbird,
Drawing all eyes, though ours alone, to feast
On splendor as it turns west from the East.

There was a time when some of our young men
Walked plumply on the moon and saw Earth rise,
As stunning as the sun. The years since then
Have aged them. Now and then somebody dies.
It’s like a clock, for those of us who saw
The Saturn rockets going up as if
Mankind had energy to burn. The law
Is different for one man. Time is a cliff
You come to in the dark. Though you might fall
As easily as on a feather bed,
It is a sad farewell. You loved it all.
You dream that you might keep it in your head.
But memories, where can you take them to?
Take one last look at them. They end with you.

And still the Earth revolves, and still the blaze
Of stars maintains a show of vigilance.
It should, for long ago, in olden days,
We came from there. By luck, by fate, by chance,
All of the elements that form the world
Were sent by cataclysms deep in space,
And from their combination life unfurled
And stood up straight, and wore a human face.
I still can’t pass a mirror. Like a boy,
I check my looks, and now I see the shell
Of what I was. So why, then, this strange joy?
Perhaps an old man dying would do well
To smile as he rejoins the cosmic dust
Life comes from, for resign himself he must. 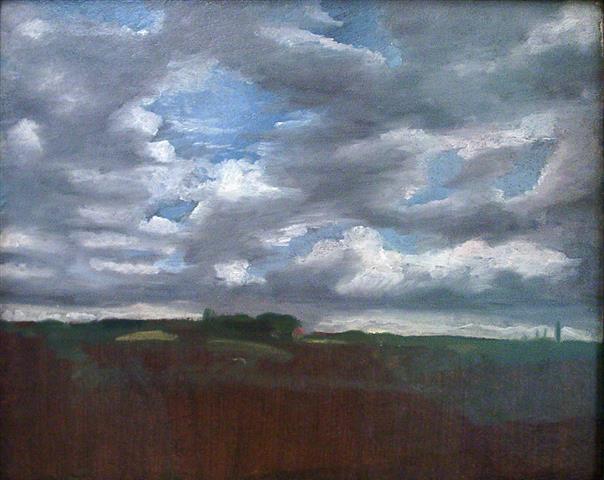 P.S. I've been rereading Winston Graham for a course I'm attempting to teach.