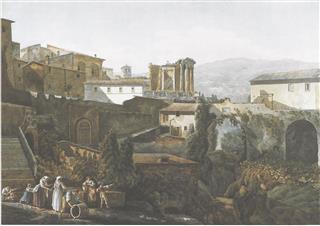 I've not had time to write in this space in over a month. Most of my autobiographical writing now appears Under the Sign of Sylvia, Two on wordpress. But I am loathe to give up this space as there are many blogs here people can still read with profit, and I link these into my other wordpress blogs, as I link the wordpress blogs here. So I thought I'd say hello to anyone still part of this community who is one of those who have befriended me and my blog, and put a picture on this blog I used to have as my wallpaper for my laptop -- and before that my older PC: View of the Temple of the Sybil, Tivoli brings together so many 18th century motifs I can't detal them all -- from meditative to classical, Augustan age to age of sensibility (as we used to call it), gender inflections, travel, story-telling. I was writing a final blog from my time at the 2015 LA conference and realized once again that I lost all the pictures that I had on my destop when my old PC crashed. So I scanned them in again.  At the bottom you see another beauty:  Turner's View of Crichton Castle, ca 1818.

This is recent re-enthusiasms.  I've been finding myself reading about Renaissance women again since the playing on PBS of the mini-series Wolf Hall The book is very calculated. She wanted to make a big sum and be super-respected, known. She's done it. She writes brilliant reviews, draws rings round people like Linda Colley.  I see as imitating Joyce using the language associated with the Renaissance -- so pretentioius (as is Ulysses --- to my mind falsely worshipped). I have trouble with the use of the different voices and points of view switched back and forth but that gives it an affect of remoteness.  I couldn't begin to do it. What I love is something endemic to women's novels.The tone of Cromwell's mind, uttery unlike what the man probably was at all, but a feminine version of a man.

I love Mantel's autobiographical novels as a frame for this one (Eight Months on Gaza Street -- the scary world of not knowing, not going out, not seeing anyone but family and a couple fo friends for women), her essays, her diary hospital entries. I suppose everyone knows that she is a physical wreck. Sometime after she returned from Saudi Arabia (I believe it was) I have read somewhere that she had an operation to remove her pain and problems with endometriosis and the physician wrecked her body:  she became obese. She had operations after that, took drugs, was made just miserable - whence her brlliant (sardonic, black humor and yet pathos-filled) hospital entries for the LRB. if you see her interviewed, she is often sitting in shadows -- I know she gets up on the lecture circuit but she also shows some impulses to hide still.  Her face is also distorted. So there is intense compensation going on here.

In the ONDB, Leithead makes a good case for seeing Cromwell as a hard-headed (practical and ambitious) evangelical reformer. He also makes a good case for seeing him as someone with a number of decent humane impulses which he acted successfully on -- reforms in the structures of the way money, buildings, relationships between people were acted out. I can see why Hilary Mantel liked him and felt she wanted to defend him against Bolt.
I see Wolf Hall as an anti-Bolt as well as anti-More book. In A Man for All Seasons, Leo McKern played Cromwell as the ultimate bully, and as evil in the way we come across it in or lives, banal in the sense of his values and norms, terrifying because of the state tactics of Henry VIII. Mantel is doing justice to Cromwell at the same time as bringing how how More was a fanatic too. She probably connects some of what she sees in the Tudor world to the personal uncontrollable politics of what she saw in Saudi Arabia (if from far). I don't know if the book is about power -- or centrally that -- or the film adaptation. The latter is a costume drama, mini-series type and partakes in the values and norms the art of these embodies, which is conservative in its love of tradition, the past. I'd have to watch more than once (and this way of getting to see it just once a week and at most reseeing on PBS website won't do for me. I'd like to think it's also a throwback to the 1970s in having a progressive politics at its core but its depiction of women thus far is not hopeful.
I do admire the book. I can see how much she knows of the Tudor period, how immersed she is, and think this is an alive book -- unlike her one set in the 1790s in France. There she failed to evolve a style fitting: historical fictions have to evolve a style fitting today and the time the book is set in.
As I read I find myself thinking about the historical novel (I've long loved good ones) and now the researched biography. And costume drama too. As to the costume drama we are experiencing it meted out week-by-week, where you even have to put the TV on at  precisely the right time so schedule an evening around it :)

This is returning to roots for me as the first adult books I ever took out of a library were tomes (fat brown books) of biographies of Renaissance women:  Jeanne d'Abret, mother of Henry IV (French) the first I can recall. Yvette and I were talking of her new interest in Mary Stuart, Queen of Scots, as a result of her reading a biography, Alison Weir's Mary, Queens of Scots, and the Murder of the Lord Darnley: here is a fair biography from wikipedia. I find myself interested by the link in her life between teaching disabled children, running a school for disabled children and then writing about these early modern women.  Weir began with Lady Jane Grey who was beheaded as a teenager, said to have translated Iphigenia (from an Italian translation out of the Greek). 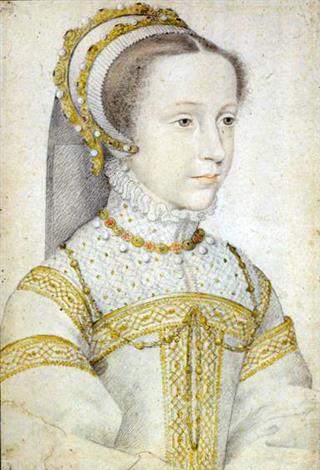 Yvette has a good idea for a modern novel on Mary Stuart. 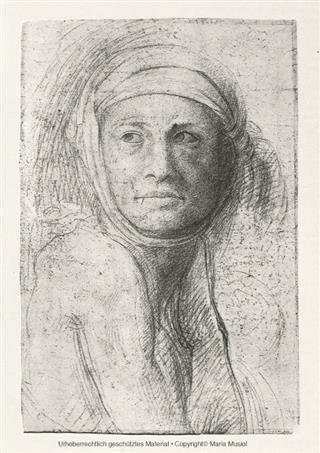 Probably a street prostitute known to Michelangelo.  It's now been claimed as yet another improbable image of Vittoria Colonna; it couldn't be but I understand the impulse to want to believe this -- for ever so long I've been meaning to review a review of the most recent biography of Vittoria Colonna (which makes unsubstantiated claims for such improbable images) but don't get to it.

Well, I'm trying to add some reading on these women again and "fit in" Wolf Hall and Bring Up the Bodies, and thinking about Historical fiction which is an old old love. So let me cite a series of books on historical fiction -- which is where many readers first read about these women: as I recall these give insight on why when women as well as man write novels about apparently powerful women in the Renaissance, women who seem to have agency (but can easily end up beheaded, savagely raped, imprisoned for life) they opt for conventional norms, and how it is that that the historical novel of the 19th century which for women as well as men at the turn of the 20th century was debased into woman's romance for women or boys' adventure stories for men.

I thought I had written summaries of these or blogs, but apparently not, so I've bought used copies for the first time -- in all cases I just took the books out of the library. Now I'll have them. Two were costly and two inexpensive.

I don't know of any studies of women's biographies: the professional woman biographical is a real occupation in the 20th century (as well as the more familiar woman writer of mysteries, thrillers, ghost stories). How do they write about other women? men? what are their typical choices?  I don't know

I've also found myself returning to women's novels, be it new women, or books like Rumer Godden's China Court. 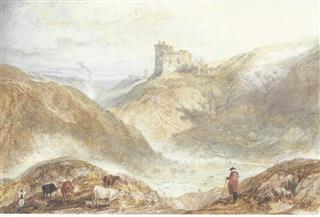