Barking up the right trees this past week (what gives?) -- except for Benghazi 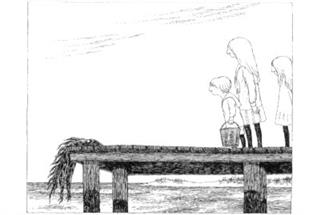 Sleuthing (as depicted by Edward Gorey): careful what "ghastly" thing/creature you turn up under that rock ...

Last week I wrote about a new book detailing what was obvious at first and later marginalized, denied, and slowly forgotten: that the assassination of John Kennedy was as politically (and probably personally too) motivated as any other assassination of a linchpin leader. It was that week I read a story on the Internet and in print media about how a year before the US president Bush invaded Iraq based on lies about WMD, the British PM, Tony Blair, sent a memo to Bush promising Britain would back or go to war in Iraq with the US. What was striking to me was not that the story was leaked by wikileaks nor that the memo was printed, but that it appeared in several different places on the Net. It made the conservative British paper, The Telegraph. So in both cases it was easy to come across these stories, complete with corroboration. 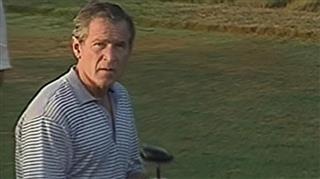 Then this week Elizabeth Drew (not Chris Hedges or some writer who would be seen as a gloomy extremist and exaggerator) wrote a column for the NYR Daily where she reviewed some facts about George Bush's refusal to act on warnings that something like 9/11 was about to occur. Although she doesn't say it explicitly, it does seem that his inaction was wilful. And if that was true, it follows that he wanted a terrorist attack to occur, perhaps so he could then move forward with his war plans.

Again I thought about how at the time people suggested how convenient the attack had been and later how Bush and his supporters and personal cronies made a lot of money when Iraq was torn apart and new corporations could muscle in. Yes for most people it has been an unmitigated disaster from most Iraqis to the US people who lost their lives, were maimed, and the US taxpayer who paid for this horror to happen. But arms manufacturers, Haliburton, Bush corporate supporters made a lot of money.  Its arguable that for Bush and his supporters it was a success. I remember reading Paul Foote in the LRB after the Kuwait debacle citing how much money specifically Thatcher and her husband and various individuals made on that war -- from investments later on.

What puzzled me was why Drew and other people's prompt was Donald Trump's off-hand egregious frankness, intended not to expose the realities of that war but embarrass Bush's brother, Jeb. I wondered why Trump's imbecilic idiolect gets respect. Could anyone say why Trump's utterances become the meaningless center of serious questioning.

This might seem a frivolous beside the point. But I don't think so. On Trump: it's worrying that with his billions and the judgements of the supreme court he will take the republican nomination and that he might win against Clnton as the ultimate polished establishment candidate. When on the rare occasions I've been confronted by him on TV in a room I'm in I am electrified with astonishment at the crudity and vagueness and dangerness and bigotry and absurdity of what I've heard. he says: "Iraq does not exist.  We will move in there, and take the oil."  We? He  has billions to spend.

On the bringing out of these criminal behaviors and voiced intentions: it's as if anything which grabs attention is being seized to re-spotlight these causes of the present never-ending war and creation of crazed barbaric raging groups of excluded men, religious fanatics, vying political military dictatorships.

There have now been 13 years of horrible warfare (making huge sums of money for some, millions of refugees lives ruined, destroyed worlds), each time making whatever was a gov't far far worse. Not that this is anything new: began in the early 1950s : the LRB is one of the few periodicals to tell hard truths: well this week, the British gov't joined the US in using drones to kill individuals. David Soar on "a little life:" The power of the piece is in the unusual concreteness: we begin by learning about the two murdered people, the specifics of how it was done, how these newly improved machines work .... and how Cameron uses the incident politically.

Could there be groups in power who want to expose this sort of thing more deeply yet (it would be who initiated this new drone policy), in order to effect some sort of change? towards much cheaper peace?  Not the chief centrist democrat running for president and her supporters: from what we have seen and heard of Hilary Clinton she will not change these foreign policies; she is pictured as unflappable. Indeed the thing about the Benghazi hearings is how little they brought out. It's not hard to be unflappable when the questions are silly: 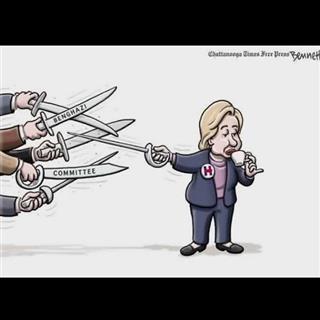 On DemocracyNow.org Amy Goodman spoke with Melvin Goodman, a CIA employee in the 1980s about this  Here is a little of that transcript:

"What was learned was irrelevant. What was relevant wasn’t discussed. And it was those areas that concern me. Why was the CIA operating a base out of Benghazi? Why was the State Department operating a transitional mission facility, a TMF—it wasn’t a consulate—in Benghazi? Why was Ambassador Stevens, who was aware of the security situation, in Benghazi in the first place? So, none of these questions have been asked. ... we created a disaster in Libya ... Hillary welcomed that news with the words 'We came, we saw, he died.'

Goodman gives Obama the credit of trying to change these policies; of occasionally questioning them, but in the end becoming intimidated with what would be required (or maybe not wanting to act differently in any fundamental way).

To sum up, several stories --  the Kennedy assassination, Bush ignoring and doing nothing about evidence that an attack was readying itself on the US and making no preparations to counter it; his going into Iaq (nothing to do with the attack), Blair's complicity a year before -- are surfacing in a brief time, turn up as mainstream books or by mainstream writers or their periodicals. All encourage the re-bringing out of behaviors and motives of people behind these central events that could or should be called criminal.

This blog is prompted by my seeing a semi-documentary movie today, Kajaki (aka Kilo Two Bravo), which I hope to write about tomorrow night.