If fires start daily in your house, do you go across the street to set other houses on fire?

Since the time of my last writing, proposals by people who either have the power to implement them, or are campaigning to be elected to a powerful office, have been implemented or put before the public. Those getting the most media attention, have been anywhere from counterproductive and murderous in their immediate effect to coming totalitarian oppression (silencing and isolating) in the not-so-long run. So I thought I'd write briefly provide URLS which offer sane solutions, as well as point out where reasonable constitutional courses of action have been outlined or where a danger to all people has been pointed out. 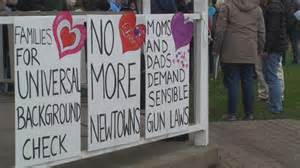 Brief expatiation:  the counterproductive killing. Obama spoke to the US public on Sunday night of the latest massacre, and referred to several before this one. His solution is to bomb Syria.  In this instance the people who opened fire with assault weapons on a group of co-workers were Muslims, but he admitted that there was no connection between ISIS and other crazed fanatic groups in the Middle East and this sick couple. In previous instances the person shooting was a white Christian male filled with false information about women's health clinic, before that a white racist male, encouraged by the Ku Klux Klan to kill African-Americans to start a war. I omit smaller instances (family murders, ordinary daily robberies), but bring in several killings of African-American men and children by police. It is egregiously obvious the solution is to control the sale and distribution of guns and bullets in the US, and to forbid all sale of assault weapons. I have come across two intelligent sets of proposals for bills which are constitutional: Anglocat (a lawyer) and from Sam Gwynn:

1. Register all guns and ammo bought in stores, traded, or received as gifts in a federal database.
2. Register all guns and ammo bought or traded at gun shows in a federal database.
3. Have local authorities impound all purchased weapons and ammo and hold them for a period of two weeks before releasing them to buyers.
4. Require all purchasers of guns and ammo to show a hunting license, a voter registration card, and a gun-safety course certificate along with a driver's license.
5. Require that all owners of handguns and assault-style rifles carry gun liability insurance covering accidents, self-defense, and victims of crimes in which these weapons were used. 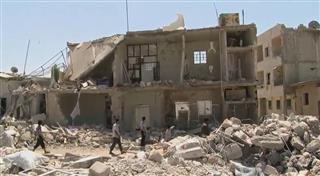 Bombing Syria just pushes us further down the road which led to the formation of these terrorist groups. There has to be begun somehow movement towards social democracy through gradual secular education, and the stopping of imperialists and settler colonialists (Israeli) from taking the land and resources of these people.  We have to stop upholding ruthless military regimes.

Second, beyond the proposals to control all immigration to the US severely, and target Muslims by surveillance and "rounding them up" (in the way FDR did the Japanese during WW2), there has been a proposal by Trump to close down the Internet. 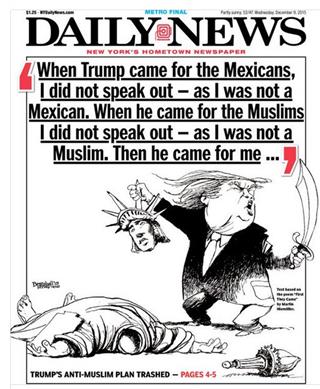 This is no surprise. Hillary Clinton said something in her judicious way along these lines. The people who have ever professed to despise it, discount it because it threatens their coteries' grasp on communications and places in institutions and on jobs, oh how they see their opportunity The corporations are in court again trying to destroy net neutrality. I'm told their latest case is weak but it just needs a conservative or corrupt judge (one looking to make money for himself and his groups). Obama did an important thing when he declared the Net a utility so the conduit is like a dial tone but that could be overturned.  The FFC is again listening to these corporations.  If net neutrality goes that would make it increasingly difficult to reach others through ordinary email. The point is to silence and control information. Bryan Alexander has a cogent blog on how this is an education as well as liberty issue: Political leaders now want to crack down on the Internet

My reply:  There are a number of human rights not recognized by the bill of rights: health care we know about. We think about the right to an education as a human right — or some of us do — when it comes to the disabled. The famous large visible example is that before the 18th century and sign language deaf people lived isolated and (it seemed to others) idiot lives. Teach them sign language and they become productive members of society. Let’s extend that: the right to an education is an important human right to self- and social-development. That is — despite all the bad sides of the Internet (like life has its bad sides) — a central value of the Internet. We reach information. Information is power. Trump would cut off power from individuals in an instant.

He offered such a ridiculous solution to the massacres occurring in the US regularly and such a poor meandering speech because the he could not get himself to say something decent or offer some humane program to solve the underlying deep injustices, to say it's time to stop supporting barbaric dictatorships like Saudi Arabia, or supporting the Turks who are determined to destroy the Kurds, the most effective people in the area against ISIS -- lest he be ridiculed or despised by those in power, lest he be castigated, lest those making enormous sums from fossil fuels quietly begin to destroy him. . At each point he mentions some problem and does not address what needs to be done at all.

Obama has repeatedly shown he hasn't had the stomach to fight the interest groups in the US which make for immiseration for a majority of people across the earth. Look at the way Corbyn is treated in the British media; the US media regards him as beneath contempt. Obama felt he couldn't just be silent and insofar he did not make any proposals to shut down major communications between people and put in place Draconian controls on people's movements based on their religion, race, ethnicity, he did minimal good. He is no Angela Merkel, no Bernie Sanders. None of what is occurring has to be. Witness Iceland's rebound since 2008, and this one governor: 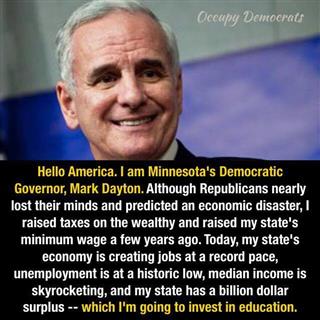