For those thinking about not voting for Hillary Clinton 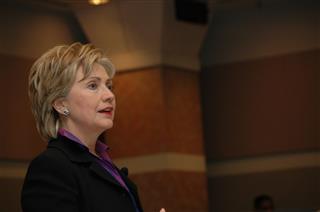 I'm told there are people so disappointed that Bernie Sanders cannot win the nomination because of the system of super-delegates, they are thinking of not voting. Also so demoralized by the business as usual aspect of the democratic establishment's behavior all this while and the money they give her. Her move to the left is they say not to be trusted. She is a military hawk.

So this is for those who say they want to see "the system shaken up" with an implication by Trump -- without specifying what this means. This is a gov't now set up to favor the tiny elite of super-rich and let everyone else end in disaster if they are not lucky enough to keep up in a minimal way, edging through not saving a dime as you give all your extra and more to taxes.This throwing the 90% at least away is now quite literal in DC as so little money has been put into the Metro people are literally in danger as they ride the rails. Obama is going around the world urging the signing this TTP will take laws out of the hands of the votes altogether and hand over all to corporate profits, including the environment and all worker rights, it will override other gov't laws

The idea that "the system" is this vague set-up that can be shook up with limited consequences is a scary failure of the imagination, people This is especially for those who are normalizing Trump. Making him in the American grain. Just another bully. Consider that while you think you live in state where Trump cannot win, he just may. You cannot know. He has shown an uncanny ability to attract voters.

Consider how different it is from a playground as children or from a glamor lothario boy (Trump was with sexy women photographer all compliant) when you give someone supreme power over nuclear weapons, an obedient army, treaties, appointments to a supreme court of people there for life who can decide what laws are allowed in the first place.

Here are few things for you to think about.

Trump 1) shows no respect for law. Several of his proposals show he ignores all laws. He will get at the salaries of poor Mexicans sending money back. In other words interfere with the mails. I know laws are set up by establishments but finally I'm with Robert Bolt in A Man for All Seasons. To his son-in-law Roper when Roper says "I'd cut down every law in England" to get rid of devils, More replies:

Oh! And when the laws were down, and the Devil turned round on you -- where would you hide .... the laws being all flat. This country's planted thick with laws from coast to coast -- man's laws, not God's -- and if you cut them down -- ... -- d'you really think you could stand upright in the winds that would blow then? (Quietly) Yes I'd give the Devil benefit of law, for my own safety's sake.
All his lawless proposals come with harsh punishments and are aimed at those who are dependents.

2) he reacts to others by threats; that's how he negotiates, intimidation and threat. Not everyone responds to threats in a measured way, with consideration, or proportionally. There are too many people in charge of vast arsenals who believe there is a heaven and this life here just temporary. It's not hard to make a make-shift atomic bomb. China is one place where people are determined to have dominating power.
3) he's a shameless liar. Her dishonesty is trivial in comparison: she won't admit she's for the establishment.  What he says on the campaign trail is anything to get a vote. I believe he will give huge tax cuts to a tiny percentage of people as that's one he repeats. He will deny today what he said yesterday -- and say he's not so much for that as he implied. If you call him a liar, he calls you one. He has extraordinary nerve and any lie will do: so he's not revealing his tax returns, the first candidate in decades not to.
All these polls where people say they don't like him are as worthless as what most people tell sex surveys. Online surveys show him closing on in Hillary. People are ashamed to admit they will vote for him as it's not socially acceptable. We are really in danger, at risk of this man winning.  The super-delegate business is deeply anti-democratic. All primaries should be open because tax-payers pay for them. But that this is one way one could break the stanglehold of these two parties is irrelevant here because Trump does well when all cross-overs are allowed. As does Sanders.


Pervasive misogyny is part of what is doing Hillary Clinton in and could defeat her. I suggest the email accusations and the accusations of dishonesty are excuses to smear her and they work because not only is the misogyny from men; it comes from women who resent her strength, success, power, money. For some women still it's okay for a man to exhibit these things, but not a woman: why? envy, jealousy, and it's conceived as a threat. If a woman can do these things, men will say all women should do them and if she is lucky enough to have a good money-making man as a protective enough husband (let's say it), she fears loss and demands. There is nothing criminal or she would long ago have been indicted. Who cares who she wrote private emails to?  as for the money she has made, she didn't pretend to give speeches like Trump pretends to run a university. Whatever horrible inciting words he uses, and unscrupulous and edging criminal behavior he does, it's fine because a man is allowed. She must not shout, he can shout needling her for shouting. 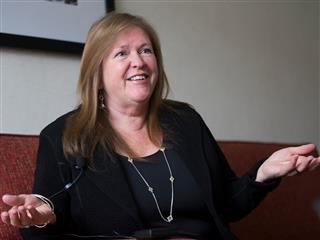 This is Jean O'Meary Sanders -- she is his second wife

If you are black, hispanic, LGBT, a woman (he would punish women who have abortions, said he off-the-cuff), the rhetoric is one of harsh punishment, exclusion, loss of rights. 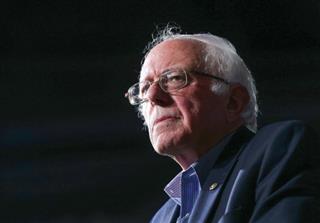 Bernie Sanders said when asked how he felt about Trump becoming president of the US, that he'd fight to the last drop, to point of "over my dead body" to prevent Trump from gaining such power. All his supporters should remember that.