On behalf of Mrs Hillary Clinton

A photograph of Mrs Clinton. I like it. I've now felt fond of her from two cartoons which projected something of her spirit. So I add this picture to my repertoire. She is seriously examining the vegetables at a farmer's market. That's a genuine expression on her face. Imagining someone buying one to eat or cook. I am going to vote for her, and over the next few months, find stories telling about her policies and good aspects of her voting record (as well as bad ones -- her Hawkish military policy), and generallly speaking write blogs on her and our (those who vote for her and those who don't) behalf. 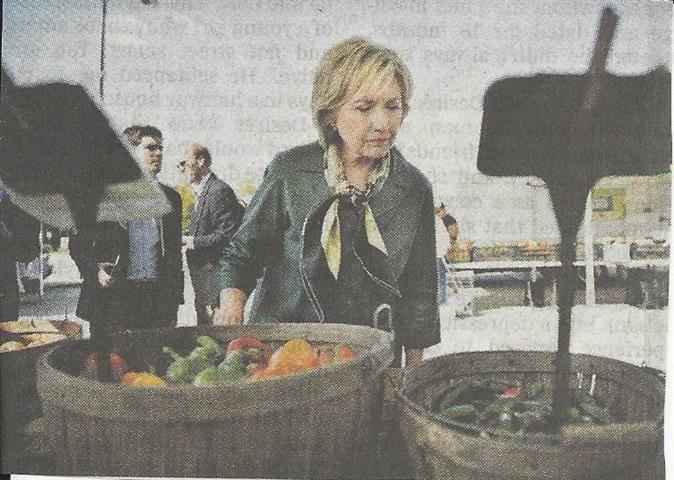 She became a grandmother for the second time this weekend.  Now my grandchildren all have four paws .... .

Meanwhile Trump has now proposed racial profiling. Do you know this poem, reader? from WW2 Germany by Martin Niemoller: directly relevant to Trump's desire now not just to ban Muslims and other "terrorists" but his proposal to begin profiling people, as well as Ryan and other Republicans endorsement of him: