The purpose of wrecking US voting rights, social service agencies, and subverting the law

It may be I am stating the obvious and this is "old hat" to many people who have thought about what has been happening in US politics since the 1970s. This blog is about what to watch for, what to pay attention to. People who are watching Trump and his appointees are paying attention to the trees may be missing what this forest is. 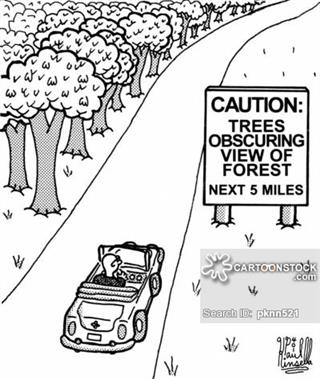 We have recently been told we are watching an attempted transformation of the democratic party into a progressive party. North Carolina's legislature coup to deprive an elected democrat to the governorship from having any power lets the genie out of the bottle. The republican party is now openly anti-democratic and fascist.

This is also one of my many blogs where I link in a good essay and then summarize and infer and extrapolate from it. I read many perceptive articles in The Nation, Naked Capitalism and elsewhere. But these are well-known sites and publications. You could hav missed Mabel Berezin in a publication called The Conversation. She argues that there is a crucial difference between the European populists, demagogues, and even fascists who have taken power recently around the globe (from the Philippines to :Poland) and who are campaigning to take power (France and Austria where they lost the election but not by much), between the choice of Brexit by the UK voter and the anti-immigration, anti-NATO, anti-TPP and other non-cooperative stances of Trump (except in the case of Putin where he seems to want to forge an alliance). Most of these other people running for or taking public office are seasoned politicians (not simply millionaires -- we don't know that Trump had a billion though when he leaves office he will probably have many many), and they have programs where they want to use their state's institutions to start reactionary policies of all sorts. Trump questions the legitimacy of US institutions and in fact behaves in ways that ignore all tradition, custom (like meeting with the press in public). He wants to subvert and bypass and undermine our political institutions, free press, and and electoral sytstem.

From this I ask, what is the purpose of this wrecking. He tweets that millions of people fraudulently voted for Hillary Clinton (without any evidence), that our elections are rigged (they are but in the direction of repressing all minorities, the poor, the disconnected); he hires people who on record hate the purpose of their agency or want to destroy it. When it suits him, undermines judges, union rights, suggests policies that are probably illegal (registries for Muslims, he wants lists of people in university who have worked for environmental reform); asks for lists of people active in promoting gender equality in another agency. He is not alone: the Republicans in North Carolina have brazenly exposed their hand. After having gerrymander the state so that the representative majority represents a minority of actual voters in order to get a Republican pro-white, anti-labor, anti liberal human rights, when the people of the state fight hard and get a democratic man elected governor, they strip him of all powers before going out of session. They are paving the way, exemplifying what they hope other republican state gov'ts will do.

The purpose of all of this is seen in the results around the country: the setting up of a permanent gov't of a minority of wealthy people with people motivated by systemic racism, backed by military force. By these laws and gerrymandering and court decisions (including Citizens United whose funds have directed and enabled all these Republican wins) you pull a red gov't out of a blue majority.

Watch what Trump says he is for. He wants to pass a rigid law punishing anyone who attacks the US flag: the flag has long been a symbol of "what makes America great:"  US power which his constituency who are themselves personally deprived can feel triumphant about. That means more to them or as much as getting a good job. It's associated with a hard line pro-police, and punitive prison system.

You can demand impossible IDs for many: two picture IDs:  I have two pictures ID only because beyond my driver's licence, I have a passport. Passports cost and they take time and trouble to obtain. You have to go through a process and I can forsee putting obstacles in that process. The regulations put in the way of thousands of voters this time (2016) is enough to account for Trump's narrow victory. He & his party will now consolidate the means that brought him and his party to power. They are lawless. They refused to even consider Obama's nomination for the supreme court. The senate is not supposed to refuse the president's choice, they are to advise and consent and refuse only after considerable evidence justifying that.

Fake news helps destroy democratic institutions. Also poor education and Trump has picked someone to run a department which covers education who is against public education. She has never attended a public school, taught, sent her children to one. Private schools are for profit, and it won't be long before they start charging substantial sums, especially if education remains underfunded.

Who is to be excluded: black people, minorities, immigrants, low paid workers who move about. Given the open disdain for women's rights (health care, abortion, against violence) and mockery of rightful accusations of sexual assault, what women need and want is to be excluded too. Just about all his appointees are on record as against LRGT rights.  It's important to see this so that as we see people begin to re-vamp the democratic party (now a shell) and try to create new grassroots organizations or make them effective, they have to know what they are fighting against, what is aimed at them.

It's often said that central to the original foundation of the US was slavery -- making huge sums of money off the free incessant labor of African people, working them to death, trading them, making concubines and breeding animals of African women-- so treating black lives as not mattering, as fodder; now this re-construction of a violent vicious order is dependent on overtly treating black lives as not mattering to make the poor whites feel good and have superiority control, and make money off blacks -- Ta Nehisi Coates's article on reparations in the Atlantic showed how whites have fleeced blacks since the later 19th century, with impunity taking from huge numbers of them any opportunity to build savings or ownership -- jobs as prison guards (who are overwhelmingly white). No mainstream US newspaper even reported on the recent prison strikes: conditions in prisons have returned to the worst of the pre-1960s era. Those who assembled, protested peacefully have been harshly punished.