Brave new world -- that has such women and a man in it: Harriet Walter and Meryl Streep

"Let's be vigilant but not afraid." -- President Obama

Friends -- you must be friends to carry on reading this blog,

I'm keeping up what I can contribute since early this fall - when I began to do this: articles, YouTubes, book reviews, I find of interest which my reader might have missed and seem to be important.

We begin with what I read most about and of: the literary and the arts -- don't forget most of them are with us (Trump can get only fools and those bound by contract, fearful of losing their jobs to his inauguration):

There's a wonderful article in the TLS, December 9, 2016, pp 19-20, by Lucy Munro -- about a Shakespeare trilogy put on by Donmar company and theater in London: Julius Caesar, Henry IV (both parts) and Tempest with all women casts. The Cambridge Companion about Acrtress's last article begins with how in the last 20 years there is far more conventionality in the way women are treated in Shakespeare plays than there had been in the later 20th century.  Harriet Walter wrote a book on her experience of acting Shakespeare over carer, including these three plays where she was Brutus, Henry IV, and then Prospero: Brutus and Other Heroines 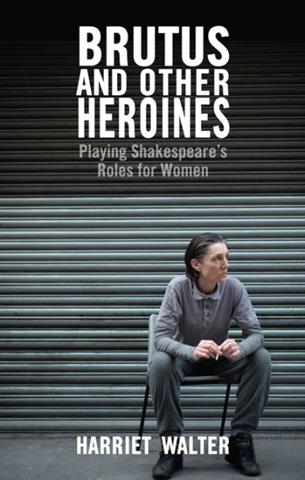 Among the fascinating things Munro discusses is how the director chose a particular actress to play analogous parts in the three plays, Julius Caesar, Henry IV (both parts), The Tempest.  The first two just about always done with almost all male casts (as they call for it).  Here the same actress plays Falstaff and Caliban.  One is Mark Antony, Hotspur and Ariel. Another the soothsayer from Julius Caesar, Poins from Henry IV (not a tiny role) and Douglas. A third, Caesar, Glendower (not a tiny role) and Stephano.The costumes, the setting, how it felt, how the audiences responded.  As we know Glenda Jackson has been Lear this season -- but it has been not uncommon for Hamlet and Lear and Prospero to be parts given to women when women are given such parts. This season we had Glenda Jackson as Lear: 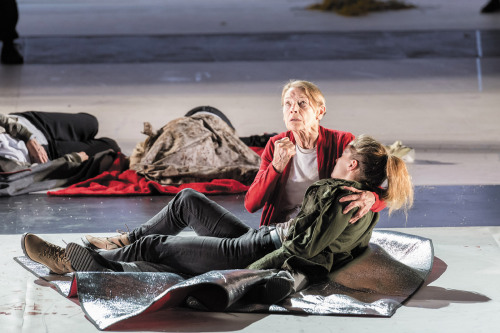 The breakthrough feat was done by Donmar company and theater in London. The plays open in a prison, and we first meet Hannah who is serving a life sentence after serving as a driver in a get-away car in a politically-motivated bank robbery in which three people died. The setting is institutional and we meet other prisoners. These are our actress who like Harriet emerge again in Shakespeare's plays. The Cambridge Companion about Acrtress's last article begins with how in the last 20 years there is far more conventionality in the way women are treated in Shakespeare plays than there had been in the later 20th century.

Among the women in the forefront have been Judi Dench, Peggy Ashcroft (on the stage), Helen Mirren, Emma Thompson, and Harriet Walter, in the younger generation in the US Rachel Weisz. The small photo/still (promotional shot) I've used for over 16 years now  for this blog is Harriet Walter enacting Harret Vane (from Dorothy Sayers); my pseudonym Miss Sylvia Drake from Gaudy Night (Why Sylvia?).

As we all know, the best and bravest few minutes by a woman in weeks was at last night's Golden Globe: Meryl Streep called attention to what we must pay attention to and should respond to with horror: She was there for her Lifetime Achievement Award (see my blog on Debbie Reynolds and Carrie Fisher).


Last, are these tweets important:  yes, he's not just any troll or pest: a third article I want to share, originally in the Washington Post, now in the St Louis Dispatch by Philip Rucker and Danielle Paquette: on these tweets as having Seismic Power, and not just Uncertain or feeble fact (that's courtesy) but being harmful lies.

Among the person's malevolent tweets this week was one aimed the Duchess of Cambridge, wife to Prince William (the UK). In unusually neutral language, the person urged photographers to go photograph "Kate" who he had learned was set to have a vacation where she might be seen on a beach presumably (he clearly hoped) naked on the ground "who" wouldn't" take that photo "and make lots of money."  Appealing to the worst motives. Then "Go for it!"  In other words, harass and hound and humiliate her if you can -- the way Princess Diana was before her.

Why do this? because of his ceaseless vindictive spite: he was ignored when he came to the UK last time. Unlike the unfortunate corporations (yes, unfortunate here), the palace can do what is the right thing to do with malicious trolls.  It ignored him. The next day after some of his tweets about companies who displease him, they find their shareholders selling their stock, their price goes, people phone in panic lest what he lied about them is true. When he torments some stars, they cannot resist the reply button feeding his delight more. I'm told the man who owns Twitter was asked by Financial News to unsubscribe him. One wishes a pail of vomit would be gathered and someone poured over him (a version of this was tried by the chaffeur in Downton Abbey, but alas the tureen with the yukky thick viscous liquid was caught by the shill butler before it could be overturned on the sneering smug smirking rich man's head), a photograph taken and it go viral on the net. 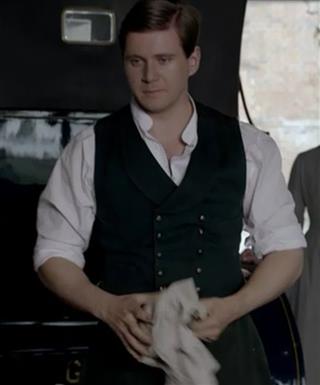 I couldn't find a still from the episode: it went too quickly. Here he is as Irish chauffeur

Also this is going as low as he, but it would be an outward image of the inner man.

Until then someone takes up my suggestion, we have this week had the noble deeply troubled voice of a brave Meryl Streep brings us back to decent humanity -- not long after of course (small hours of the morning is his favorite time) he tweeted viciously at her, denying he had mocked the disabled reporter (happily it's on video as well as all the laughter in that rally).

Last but by no means least, I find this heart-breaking; my eyes tear up:  Alfred Woodfox after a lifetime in solitary confinement finally walks free 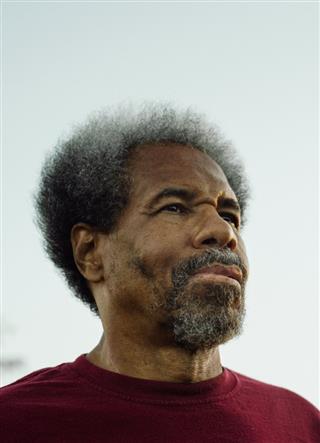