Guernica: the left out doers

This evening after reading a rare political blog by Danielle Ofri, an important woman writer on medicine who rarely writes politically: 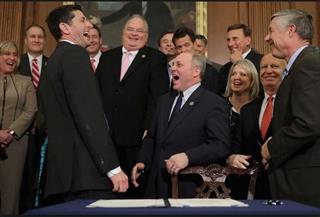 and made practically real another human right, the right to health care, I thought to myself the problem with Pablo Picasso's Guernica is while he shows us the ruthless destruction of a people in Spain (comparable to the ruthless killing of millions in Yemen, Syria, Iraq, Afghanistan, now we know black people in the US on the streets), we often leave out who is doing this and their real pleasure in doing it. I came across a blog by a writer I respect who was very concerned to refute the idea that part of the wealthy's enjoyment of hierarchy and wealth is to be able to look down and despise those who haven't got what they have because this is so distressing and seems such a hard thing (if it's so) to counter: shameless triumph. Guernice is too well know so let me substitute a photograph by an important if not well know woman photographer of the Spanish civil, this of a crippled man and his child under the sky filled with airplanes raining bombs: 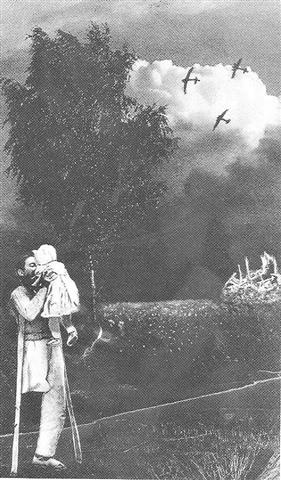 I know it's being reprinted in many places on the Internet but this summary of the bills the Republicans would like to pass is too revealing and concise to pass over: