Who are people in the streets and in cars in danger from?

The answer is the police. Not mythical gangs, rampaging immigrants, black people. No the police, and this is due to the ubiquity of guns in our society and police training and methods. 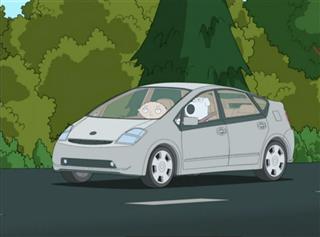 I was driving in my PriusC yesterday and didn't see a stop sign and went through at a corner. As a result I had an encounter with a police officer, around age 35.  The encounter was tellng and a little scary.

I realized what seemed to be a car was following me: the man put his lights on, and I realized it was a cop car, but I was not sure he was followng me and didn't stop immediately -- I did slow down and then turned into where there was a space for me to stop the car. A parking lot. Then I stopped and was getting out of my car to talk and he got hysterical, screaming at me to get back in my car. Suddenly he was giving these frantic orders with menace in his voice: i.e., if you don't park precisely there, it will go badly with you. Rough talk about how dare I not stop immediately.

WEll, I did get back in the car. He is screaming at me why did I get out of the car? I look at him, startled, and said "because I wanted to know what this was about."  I wanted to know if you were stopping me and why. I did ask and he shouted something about going through a stop sign. Now by the car he demands my license and papers (had I not had these I would have been in trouble), takes them away to his car. Then the usual time goes by -- I've gotten tickets before -- and he comes back, but this time, if not courteous (he was not quite courteous at any time), at least not behaving like someone on an edge,half hysterical. He says to me, "Why didn't you stop?" and I said I hadn't been sure he was following me and then "I didn't want to block traffic." He repeats like some robot: "It's the law you must stop immediately.'   (That is, I am not allowed to think for myself? what a stupid law.) I said, no I didn't realize that and I repeated, we were in traffic and it would delay the other people. It's the law he repeats intensely. (How dare I think for myself? not instantly obey him?)

Then he gives something away: he says, "until I read I couldn't know anything about you."  Wait a minute I thought: read? he didn't know anything about me?  The same thing happened when I totaled my car in December 2013, and less so when I got a ticket for a wrong turn last summer in DC. The second time in DC the cop was at first completely disrespectful and acting like some angered tyrant, and he looks into his computers, sees collected information about me, which clears him from fear of me. Then he comes back and is not decent, but not dangerous. What could they read there? I'm old, have no criminal records. But what else? from where? And when they have a black person, do they read something? What? what effect does it have?  When I totaled my car, I just sat on the ground and cried and ignored the cop, and Laura and Izzy were there, and after a while, the cop took my license and went away and came back, and then he said I was just like his grandmother. I'll bet I'm not.

When the cop in 2013 had said I reminded him of his grandmother, that shows he was identifying by race. It was not just that document in the computer, but my age, race, gender: I'm now 71 and look it, white and female. My guess is he was half-hysterical becuase I was not quite cooperating like some automaton and yet because of my age, gender, race, he could see I am harmless. Was looking at him as if he were a mad man. Which he is partly.

As a side issue here, I do think it is a violation of our privacy that police officers can look up huge amounts of information about us within seconds.

To return to yesterday's incident: after saying that he couldn't know who I am, he added suddenly, "think of it from my point of view. When  you step out of the car, I cannot know what you have in mind." I looked at him and maybe shook my head -- because he is behaving abnormally.  He is trained to suspect me first and attack. That is he automatically assumes I'm hostile or malevolent or malicious -- or I have a loaded gun. I didn't say that to him but it's obvious that is how he was regarding me: a potential even probable enemy.

I didn't say anything though, and he calmed down further, became yet a little more reasonable and explained where the stop sign was. He gave me a paper for ticket and explained he had ticked off that I need not go to court as long as I paid the fine.  My sense was he expected me to thank him then. Well, I didn't. Nor did I say I had been in the wrong, which I had been. He didn't deserve I should say that and wouldn't have taken it as other than me kowtowing to him. It cost me $94.

I was listening to Boswell's Life of Johnson read aloud by Bernard Mayes, was tired from trying to do this paper. It was a small corner with no traffic until the next block. I later saw him having stopped another car. He was out looking for people. In effect on the prowl.  I wouldn't want to be a black person around those blocks during any time he's about. 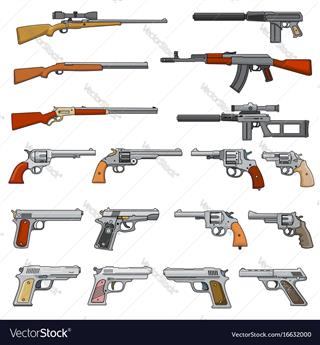 He is dangerous because 1) he has been trained to regard car drivers and pedestrians as potential enemies, ready to attack him. He has been told he can be belligerent and bully people. He does not regard me as innocent, as someone he is there to serve. He does not regard me as his equal with equal rights.  2) there is no gun control in our society, and worse some states allow concealed weapons. A central reason for this wrong-headed training is the ubiquity of guns. Guns kill. He is afraid I have a gun -- and am willing to shoot him!

What needs to be done is 1) gun control, all gun owners must have licenses which really inspect them; no concealed weapons and no military style repeating guns. 2) complete change in the way police are trained and taught to regard people they meet and are supposed to serve.

What needs to be stopped?  They should not break into people's houses without a court search warrant. Too many times I've read of police breaking into someone's house and shooting a disabled person who is there, killing the person sometimes. Last year a police man either killed or permanently crippled a disabled person basically for walking in the streets while autistic. 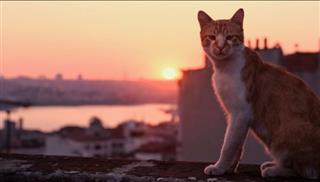 A friend said to me when I told of this incident yesterday that in Germany in the 1930s the propaganda said good Germans were at risk from Jews; no, everyone was at risk from brown shirts.