When will we have had enough? Don't count on the courts. Shelley's Mask of Anarchy

My last blog with general content from articles or youTubes was Feb. 7th. I've not written here in a long time because recent political developments in areas where power is exercised have been so discouraging and dismaying. But I feel impelled tonight. I have much to share about the evil that is being done across the US: what is happening is small amounts of improvement and progress towards a fairer prison system, justice system, for the environment, for women's rights were being put in place (the latter at leat theoretically) and everything is now overtly being made worse.  All agencies set up to try to get justice for the average person thwarted. 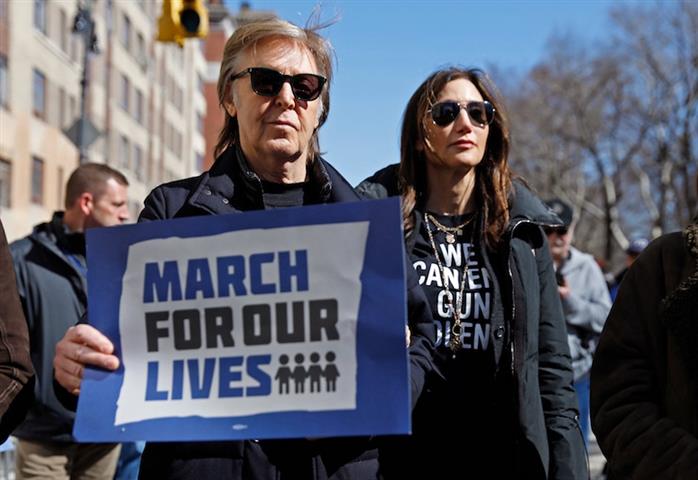 Paul McCarthy at last week's mass demonstration March for Our Lives, reminding us John Lennon lost his life in 1970: a single bullet to the head was all it took.

As you read, remember last week's massive numbers of people come out to demonstrate against the slaughter of themselves.

What has been happening and not happening in the corridors of power?

An ignorant, bigoted sociopathic continual law-breaker is in charge whom it is clear those with power to remove him will not. Trump does not bother to hide his debased and mean point of view; his brains see everything from the most base, lewd and lawless standpoint so that nothing fazes, nothing humiliates him since he does not recognize that anyone has any integrity, or moral principles. This on the Stormy Daniels TV segment on 60 minutes.  It is newly realized the body of white people in the US calling themselves evangelical Christians do not require in the least that the man in charge behave morally in the sexual or financial areas. Comically (?), the New Yorker offers the hope that one thing that might result is the end of non-disclosure agreements

A remarkable number of people have been summarily fired, others resigned or resigned in protest from important jobs/tasks/offices in the US. I saw a list of several hundred if you include lesser known officials across the govt. Here are the most famous from the New York Times. Since leaving office, some have written eloquently of how they were threatened (Trump made vindictive attempts to deprive people of pensions after decades of work) and what they saw happening all around them during the time they tried to stay on. If replaced (I've read lists of agencies intended to serve the public either forbidden to by law or de-funded, with department after department left with no one in charge), by whom?

Tonight large groups in Sacramento, California are continuing to demonstrate to try to get the local police to arrest a policeman (or men) who murdered a unarmed black man in his own backyard. To this hour, despite other demonstrations and hypocritical words coming out of elected officials, those who murdered that man have not even been arrested. In another similar case, the jurisdictions has said openly they will not indict the murderer. A familiar image: the black family or group standing before microphones,disbelieving, enraged, crying.

Privatizing the VA will immediately corrode whatever health care veterans have and make the jobs of those providing health deeply insecure and so make them work in a bad atmosphere. Every time a vote is held the majority of voters vote against charter schools and privatization; nonetheless, these private are spreading after studies have shown no gain from paying money and indeed losses include demoralization of teachers (who are not required to have the same certificates showing years of training).  Teachers are going on strike in states where there is possible, and sometimes winning. 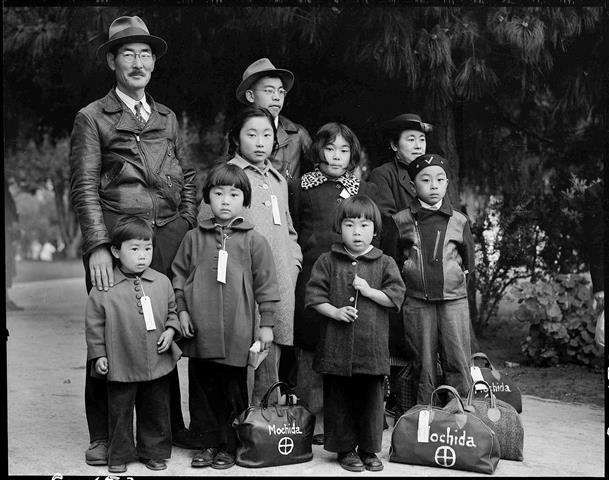 No one stopped Roosevelt from interning thousands of Japanese US Citizens

I have five essays to share tonight, the first crucially important: read Jed S. Rakoff who demonstrates that the long history of the court system in the United States shows judges have preferred to not exercise the responsibility to control the legislature and executive which the constitution meant them to have, especially in the areas of military action and what can be placed under the label "national security." The essay appears in the NYRB, 65:6 for April 5, 2018, and is called "Don't count on the Courts." The courts are not going to save us from a slide into a dictatorship now being reinforced by every technique in the power of Repubilcans, now an utterly corrupt group (impeaching judges, disenfranchising voters, intimidation at the polls, egregious gerrymandering). I know it's behind a pay wall; pay the small fee or contact me below (make a comment) and I'll send you a copy.

This is the most ironic: David Cole tells you how Jeff Sessions has been doing his level best (and alas effectively) to resume mass incarceration, put in places the harshest sentences possible for non-violent crimes, deprive people of rights when they are being arrested, allow police impunity in whatever they want to do to citizens, all of which has been shown (as if proof were needed) to be counterproductive, expensive. He has stopped defending civil rights, abandoned enabling access to the ballot, is now the opponent of LGBT rights and a champion of religious discrimation. And Trump loathes Sessions publicly insulting and denigrating him at every turn. Why? because Sessions recused himself when it came to the investigation of the Russians's influene and possible collusion with Trump to win the 2016 election. All Trump cares about is himself finally. Read this in the NYRB, 65:7, April 9, 2018: Trump's Inquisitor (not appreciated). This too is behind a paywall and this too I will share with anyone who wants to read the text.

These are publicly online:

In the same issue, Adam Hochschild,"Bang for the Buck," describes the origins, present pervasive and (if nothing is done) continuing spread of iindividual weapons of mass destruction (not just guns, the AK 15s meant for battle); also the political aims of those who have created this situation and those who continue to profit (quite literally) from the proliferation of white male militias. In case you were curious.

Jacqueline Rose's "I am the knife," this time it's the LRB, 40:4, 22 February: Rose demonstrates the #MeToo campaign has not made any advances in areas of daily life for women, in their experience of growing up, schools, marketplaces, their bodies. She explains why. What are the underlying roots of misogyny and reviews some remarkable books, especially Laura Kipnis’s Unwanted Advances: Sexual Paranoia comes to campuses, and Roxanne Grey’s Hunger: a Memoir of my Body, how women's bodies are policed. What to do? If you can, refuse to be coopted?

And don't neglect:  Mary Beard on Women and Power and Kate Mann on Down Girl.  Open to all from the TLS for March 27, 2018.
Manne provides an analysis of the logic of misogyny; why these particular branches proliferate over and over from the same root; Beard argues women have got to stop imitating male models and take power as females. Instead of trying to be males, projects another image of power; take power and be taken seriously on their own behalf as their concerns are central to the society.

Robert Reich on YouTube closes out with the underlying economics:

The US embassy in Cuba is now closed; all the people, a couple hundred thousand a year who used to come there don't any more. No more VISAs to travel back and forth to families; many lost the$160 they paid months in advance to book an appointment. Now JetBlue flights are empty.  When Occupy Wall Street settlements were destroyed  -- in Obama's era, emptied out too.

I admit last night I had a bad dream my house was broken into.  I live in a one floor house on a cement slab. Some of my neighbors in their desire to have more police (!) have been inundating the neighborhood list with stories of local vandalism. I imagined someone with a gun casually killing my cats or me or my daughter or maiming us. Today someone invented a scheme to contact the programmers of Waze on Apple phones and ask them to make a new algorithm which misleads people so no one will come into the neighborhood. The person was not ironic. The atmosphere gets to me as prelude to what's to come.

Oh yes I'll vote, and write blogs and voice an opinion. If there is a demonstration when I'm here in my area, I'll go to it.

One has to try to recall Shelley's Mask of Anarchy as quoted by Orwell: We are many, they are few.  As It happened I was in Italy last week when the demonstration among a people (Italian) as yet held together by a genuine adherence to a sense of common good, which in this country is being attacked as concept and reality. 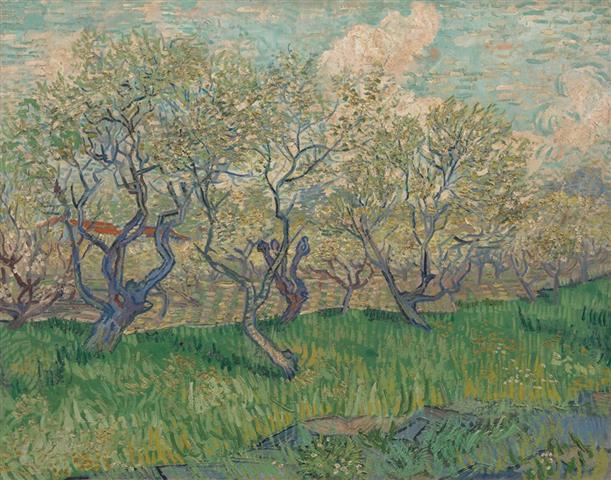 Hold on, hold out, resist in whatever small way is available to you.