This essay on the activities of the Koch brothers and other reactionary groups at George Mason University is rather closer to me than most political essays I link in. I taught at Mason from 1989 to 2012. I can from my own experience vouch for seeing what Erica Green and Stephanie Saul report in the New York Times based on research by Transparent Inc: Specific documents have been released with dollar amounts, statistics and individual departments named:

The documents reveal in surprising detail that for years, as George Mason grew from a little-known commuter school to a major public university and a center of libertarian scholarship, millions of dollars in donations from conservative-leaning donors like the Charles Koch Foundation had come with strings attached.

As early as 1990, entities controlled by the billionaire brothers Charles G. and David H. Koch were given a seat on a committee to pick candidates for a professorship that they funded, the records show. Similar arrangements that continued through 2009 gave donors decision-making roles in selecting candidates for key economics appointments at the Mercatus Center, a Koch-funded think tank on campus that studies markets and regulation. The appointments, which also created faculty lines at George Mason, were steered to professors who, like the Kochs, embraced unconstrained free markets.

More recently, in 2016, executives of the Federalist Society, a conservative national organization of lawyers, served as agents for a $20 million gift from an anonymous donor, and were given the right to terminate installments of the gift at their discretion. Emails disclosed by the university show that Federalist Society officials were also involved in hiring discussions and had suggested a student for admission. In turn, a professor at the law school wrote the society asking for help securing recommendations for prestigious federal judicial clerkships for students active in the society ...
Professor Letiecq said the faculty did not know whether there were any colleagues who may have been affected by the Koch Foundation’s influence over hiring in past years. But those who have been handpicked know they come with strings attached, she said. “They know the benefits that come with the position,” she said. “And I guess they can live with that.”

In one 2003 agreement, the Mercatus Institute said it had received $900,000 from the Menlo F. Smith Trust to fund a professorship in the economics department, and would make the first payment “conditional” upon the appointment of Russell Roberts, an economist who advocates limited government. A person designated by Menlo Smith, a St. Louis businessman, was given a seat on the selection committee, according to the agreement.

Professor Roberts, who is currently affiliated with the Hoover Institution at Stanford, denied on Thursday that Mr. Smith had had any say in his hiring. He said he had been selected for the job by the economics department, which then sought funding from Mr. Smith.

The exact amount of Koch donations to campuses across the country, which

frequently are earmarked for programs fostering capitalism and free markets, is unknown. But it is estimated at nearly $150 million from 2005 to 2015, benefiting more than 300 schools.

I -- anyone not a "dull elf" was aware -- that Mason deliberately hired very reactionary stars in their economics and law departments, and knew that the English department (among other humanities and social science groups) were were under pressure (funding cuts).  Thinking about thse years, it is true the composition heads and their chosen full-time subordinates starting in the mid-1990s were business English types. The effect of post-colonialism and deconstructionist theory was to hire people on the basis of identity politics (a Palestinian for example). At no point do I remember any one openly economically leftist for real hired. When I spoke people would be surprised at my point of view, but I never got much chance to speak anywhere. In the later 1980s there had been  associations for adjuncts as well as full-time contingent people and these came to an end.

As a profoundly literary-humaniies person (all my scholarship in literary studies) of the left-liberal persuasion, I never had chance after 1997. Unless of course I could mend my ways .... In the last years I was being pressured not to assign any books, to teach the class to choose a topic for research by reading through published papers to discover what was this year's fashionable topic (never mind they at the level that they were having trouble discovering the thesis statement, never mind such implicit subtexts). I resisted and then at age 66 retired.
We just don't begin to know how deep and far and to the nth degree this transformation of the US since the 1970s has been going on; this is a continuation and extension of broad policies starting in the 1920s in creating agencies like the FBI and CIA to stop all socialist and African-American movements. 300 schools. 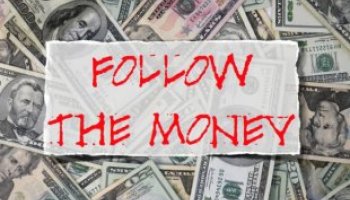