The New Yorker has now said he's the American religion -- or he stood for it:  On the funeral.

I voted for him once. In 2000 in a Republican primary, I dared to stand against the bullying at that polling place (the first time I saw that) to stop democrats from voting. In Virginia you need not be registered in a party to vote in a primary, but you are not allowed to vote in the other party's primary for the same office that year. So I couldnt vote in the democratic primary for president but I was that worried about Bush becoming president. I knew how bad Bush would be -- and he was, people are forgetting what he caused. I thought it more important to use my vote to try to stop Bush.  McCain would not be as bad it seemed to me, not as stupid, not as blood thirsty, no spite (as I saw on stage in Bush II). Then nothing became McCann like the losing of an election aka when Obama won and McCain conceded; and this morning Obama has put a beautiful tribute to him on twitter. McCain was not a great man, had made many bad votes and manifested all sorts of flaws of complicity, compromise, and belief but though he did not come out for impeachment (one must be realistic about a republican here), he wanted to be decent and could be and was on occasion since the present criminal and his supporting openly indecent, ruthless and amoral regime took office. We must not forget his record of militarism and misogyny, but he was not one of them. 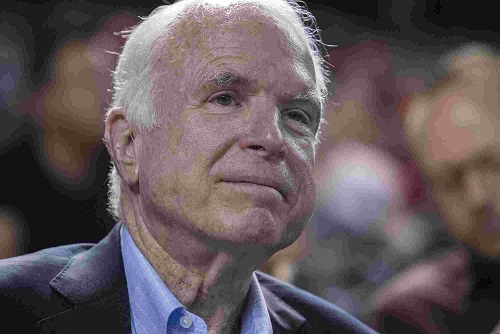 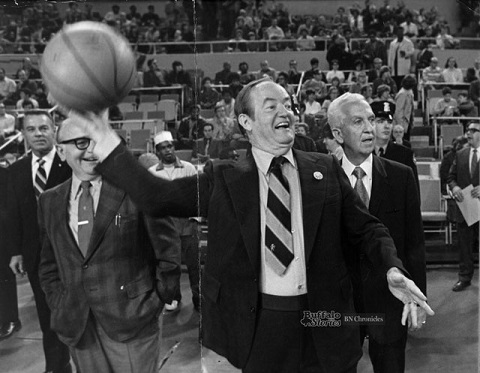 No false dignity. In 1960 West Virginia was democratic and I remember the day Kennedy beat Humphry there, him strumming on a banjo an old Negro spiritual, or maybe it was a Union or Woody Guthrie type song, folk, very touching.

Let us remember neither of these men became president and so Cunningham asks:

But for all of the scorn heaped on Trump— his stupidity, his ugliness -- whose name was never mentioned outright—there were questions left unanswered at the service. First: Is it really possible for a person to rise to power in a country with which he has absolutely nothing in common? Isn’t it more likely that Trump, whose most fervent devotees are white evangelicals and proponents of the fraudulent prosperity gospel, is just as archetypically American as McCain, embodying an alternative set of equally real national principles: anxious acquisitiveness, a distaste for deep thought, endless aggrandizement?

Then, too: Even if the American religion is good, and inclusive of certain eternal truths, if it can be thrown so quickly into crisis, turned so violently on itself, how sturdy was it, really?

Nixon beat Humphry, let us remember - in 1972 he pulverized and mocked McGovern by a huge majority..

Update, 9/2/2018: having listened to Obama, Bush reading speech written for him, Liebermann, McCain's daughter, moments from McCain's funeral, I felt to myself what a relief to hear these principles and voices. It may be that a lot that was said was not sincere (funerals are political events), but it was good to drown out the viciousness that is daily thrust at us. I wanted to listen to Amazing Grace, Swing Low Sweet Chariot (as except for Obama's presence, there was nothing of black and hispanic people nor Asian, come to think of it, at the funeral) and reread RLStevenson's poem (non-militarist) about the sailor home at last.