The Prison strike: went unmentioned by most media! modern US slavery

I have been remiss and not brought to this blog the few news interviews, essays and journalists, anchors attempting to bring before the pubic eye a strike that went on in the US prisons for the last few weeks. Conditions in US prisons are frightful, thousands kept in solitary confinement (the retaliatory punishment for the leaders of these strikes, especially those going hungry), no medicine worth the name, forced labor at slave conditions, inadequate supervision so people inside are at the mercy of the worst kinds of people there.

A rare crowd in California

In all this time I never saw one story in the NYTimes or Washington Post, nor did Judy Woodruff and her group at PBS mention it --- she did have a story on some improvements in a Louisiana prison, not the hell hole it was once was. I've no doubt this was her way of trying to notice the strikers' complaints -- the upbeat of course.

So here are a few articles and an interview: I'll begin with The Conversation where they point out now that it's over the prisoners are most in danger and they were being retaliated against before it ended. 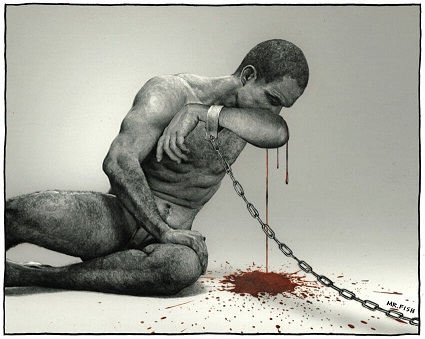 The only way to end slavery is to stop being a slave. Hundreds of men and women in prisons in some 17 states are refusing to carry out prison labor, conducting hunger strikes or boycotting for-profit commissaries in an effort to abolish the last redoubt of legalized slavery in America. The strikers are demanding to be paid the minimum wage, the right to vote, decent living conditions, educational and vocational training and an end to the death penalty and life imprisonment.

But they also know that no prison can function without the forced labor of many among America’s 2.3 million prisoners. 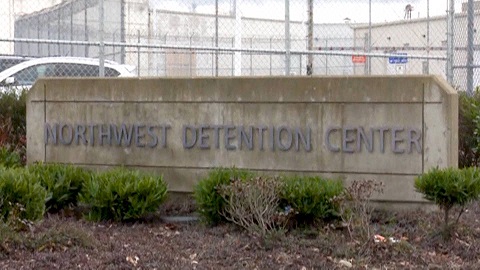 Here is the story as told through interviews on DemocracyNow.org

Prisoners are striking around the country as part of a nationwide protest demanding improved living conditions, greater access to resources and the end of what prisoners are calling “modern day slavery.” In Tacoma, Washington, immigrant rights advocates say 60 immigrants detained at the Northwest Detention Center continued their hunger strike Thursday. California prisoner Heriberto Garcia is also hunger-striking at New Folsom State Prison. He recorded video of himself refusing food in his cell, that was then posted on Twitter. Meanwhile, in Halifax, Nova Scotia, protesting prisoners issued a statement in solidarity with the U.S. prison strike. The statement said the prisoners were “warehoused as inmates, not treated as human beings.” Organizers also report actions in North Carolina, South Carolina, Georgia and Florida as the national prison strike moves into its fourth day. This comes as 10 prisoners have died behind bars in Mississippi this month. Activists and family members are demanding answers for the spike in prisoner deaths. The IWW’s Incarcerated Workers Organizing Committee tweeted about the deaths, “Why #prisonstrike? Because at this point it’s about survival.” 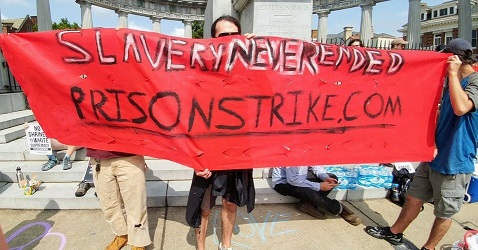 Strikers and spokespeople for the movement urged patience from the outside world and noted that "although there aren't widespread reports of actions coming out of prisons that people need to understand that the tactics being used in this strike are not always visible."

"Prisoners are boycotting commissaries, they are engaging in hunger strikes which can take days for the state to acknowledge, and they will be engaging in sit-ins and work strikes which are not always reported to the outside," said Amani Awari, Jared Ware, and Brooke Terpsta, who have been involved in covering the strike and spreading information to the news media. "Departments of Corrections are not reliable sources of information for these actions and will deny them and seek to repress those who are engaged in them."

A dispatch from Folsom State Prison in California showed inmate Heriberto Garcia refusing food on the first day of the strike.

According to the Guardian, 200 inmates have reportedly joined protests at Northwest Detention Center in Tacoma, Washington, while about 100 prisoners at Hyde Correctional Institute in Fairfield, North Carolina assembled in the prison's yard carrying signs reading "Parole," "Better Food," and "In solidarity."

Why was no attention paid?

The relative lack of attention to the strike underlined the continued indifference to widespread claims of abuse and inhumane conditions inside the nation’s prison system, observers and prison activists told The Crime Report.