The other day I became aware that there is no legally required protocol that federal office holders at the highest would have to follow were Trump to be impeached and convicted.  Nixon, said a writer for Truthdig, upon being impeached, resigned and went away quietly. What if Trump didn't pack his bags? how could he be forced to leave? Never mind arrest.

I repeated my question: "Once convicted, who would be empowered to arrest Trump? Who would do the arrest? I conceive if a congress convicted him, then they would ignore any legislation he sent over, and many judges say his executive orders have no efficacy. But how remove him from the white house?
Say the conviction was a narrow majority, and he ignored it, I like to think he could not run for president again and win a republican convention as a convicted impeached president even if he tried. I don't know
Who could order the arrest? or who would? and who do it?

Someone did write: "The Vice President would assume the powers of the Presidency and have control of the justice department.  Presumably that new President would wield the power and execute the laws (as fitting the executive branch), including forcibly removing a by-then private citizen using the secret service or any other apparatus."

But then he cited the worrying example of Andrew Jackson. In 1835 Jackson refused to implement a decision by the Supreme court where they said he hadn't the right to remove Indians from reservations just like this. He continued to enact his policy though it's said that the Supreme court's decision stands a precedent. Nonetheless, this precedent has been ignored when it was inconvenient. Recently Native Americans were not able to protect their water rights in an encounter with a corporation.

What this ensuing dialogue showed was that if this vice-president become president did not try to remove Trump from the white house, there would be nothing anyone could do to empower someone else. If they went to the court and got a judgment on their own side, it seems if the military did not want to implement it, Trump could stay president. Congress could of course ignore him or anything he sends to the them; judges could do. But a couple of scholars said if the Republicans wanted to, they could hold a convention and re-elect him. 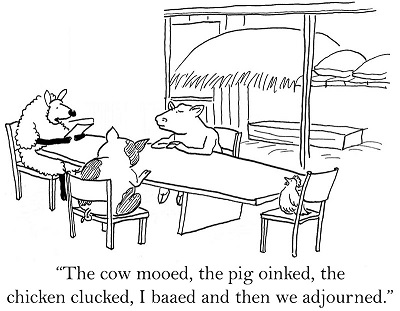 So we glimpse the immediate emergence of a semi-dictatorship again.

Today Trump threatened to keep the gov't shut down for month and maybe years.  He may have threatened to build his wall by declaring a national emergency. It is obvious he is unprepared to use his own money and wants to use billions of dollars paid by American taxpayers. He hates the federal gov't and its workforce and doesn't care if the parks are rotting, all "inessential agencies" are closed and no one paid. He thinks it's fine to demand 400,000 people work without pay indefinitely.  The Atlantic took his possible threat to use the powers of a president to declare a state of national emergency sufficiently seriously to write an article explaining what these are:

If all obeyed and no one protested -- because say he uses the military to arrest all protesters - he has enormous powers.

A light joke: I was thinking maybe he should prefer a national roof. Aligning my arguments with his tweets: this would employ many people. The materials could be taken out of the US ground or made by Americans (so he seems to think). It would prevent heavy rains -- which he denies exist but he is aware of this as he has bothered to deny these. With proper drainage, it could prevent floods. If people who lived in areas afflicted by fire, would just rake up their leaves and throw them away properly, it could eliminate fires. There could be doors and locks too -- to prevent all non-white people declared not citizens from ingress and egress.

If he declares a state of national emergency instead of wall perhaps it would be better to build a National Roof. 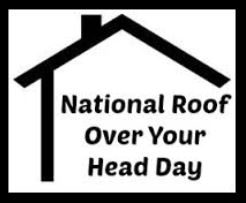 I haven't been able to throw off the dread. Yesterday the threat was to close down the gov't for months, maybe for years. The answer I had from C18-l over whether once (were this possibly done and I begin to think it will never be with this group of republicans) Trump were impeached and convicted, has driven to think we are in the edge of an open dictatorship:  Trump can only be forced out (no, not protocol) unless the person put in his place ordered a military group to remove him and the military group obeyed. Pence will never do this unless other republicans he thinks are on his side (whatever that is) say he should; even then he is a coward. Peloski would but she's not next and no military body in this country as led by Trump's picks will obey her. If the democrats cave, he will have succeeded in nullifying the election. I don't know if I have enough money to live for the rest of my life without my pension and social security each month
But what can we -- you or I literally do? -- the solution is a massive non-violent non-cooperative strike. Everyone stop until such time as a real continuing budget is voted in. If Trump declares a national emergency and directs those providing the Internet to shut it off, they have to disobey too. Nothing short of this extreme kind of Ghandi measure will do, and if it did succeed, once it did, those engineering it would be arrested and put away for life -- or killed.