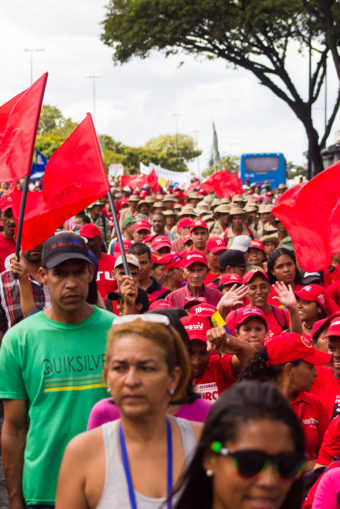 Trump & co are returning to Reagan's 1980s and the FBI and CIA's 1970s where regularly elected gov'ts of a social democratic persuasion were violently overthrown and ferocious military dictatorships put in their place, imprisonment and slaughter for opponents (the leader of the social democrats, e.g., Allende in Chile) and corporations move in to make huge profits off the natural resources of the country, which should belong to and make life decent for its people.

Update: Venezuela is holding firm as yet because the "troika of tyranny" running the US gov't and military just now has not been able to get all its allies on board and has not outright attacked with a military assault. It is said Putin is against this and this it is which holds Trump back -- Trump is apparently an agent or instrument of Putin in a number of areas (e.g., Syria).

Below is an explanation of what's been happening

This week: a coup going on in Venezuela, egregious shameless lies (the Washington Post now colluding in this): it's as if Pelosi were to say the election of Trump is illegitimate, go out in a square and declare herself president (Maduros is the genuinely elected president, the right boycotted but they are a minority), have the European NATO and other countries back, while an embargo and sanctions were placed on the US to prevent them from getting billions of their profits (Citgo _is not allowed_ to send its profits to Venezuela)! Venezuela is rich in oil, gas and gold.

Little information is found anywhere because a rare person reporting the full story with the Venezuelan people's true side accounted is Amy Goodman and her crew at DemocracyNow.org: you can watch these YouTube videos or read the transcripts:

The Nation has also run some columns explaining what's happening:

It's very hard for Maduros and his group to keep the nation on the side of democracy when they are so punished for this: to produce an effectie counter-punch

Call it what it is: a coup

Trump & his capitalist allies are simply recognizing a man who is not elected as president but is important in the assembly; Maduros has demanded that all US diplomats and people get out in 72 hours. 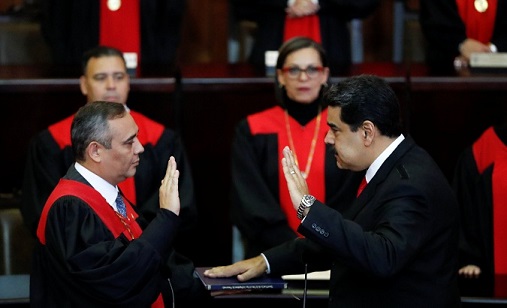 This kind of flagrant colonialism was central to the British empire, which Trollope supported so the story is not out of sight OT on my Trollope&Peers listserv; on WomenWriters we have ended up reading the imperialist Gertrude Bell's travel book, The Desert and the Sown.
For those interested TLS has a longish review article on British behavior in China (opium wars anyone). Luckily this article is deemed important enough not to be put behind the pay wall: Gavin Jacobson on Stephen Piatt's Imperial Twilight: opium wars and the end of China's last golden age:
https://www.the-tls.co.uk/articles/public/deeds-and-ghosts-imperial-twilight/
Miss Drake
Tags: capitalism, corrupt politicians, dictatorship, trump menacing clown, violence
Subscribe