I've not been blogging here lately -- too busy, too disheartened because Trump and his allies seem to be deflecting (as yet) the serious impeachment charges -- rather than focusing on three, Pelosi should include so much more that he has done against the law -- like making large sums from the American taxpayer by renting out his properties to gov't officials, by ignoring laws in place (for asylum), not that using armies and money to blackmail other gov'ts into contributing misinformation on behalf of his re-election is nothing.  He is himself tireless with lies, his armies of lawyers and the corrupt sycophants he's surrounded himself with. 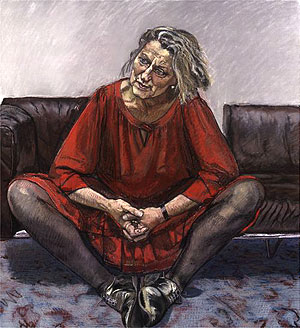 So much for the situation. I have nothing new or unknown or overlooked to add. But on the important topic of rape, yes. Mary Beard's review of Germaine Greer's recent book, On Rape from the London Review of Books 41:20 24 October 2019. It seems that the book has been trashed and attacked by most reviewers without paying attention to what Greer has, and Beard brings out what's worth while and why so often Greer is a target:  The essay seems to be open to the public

It came out of a talk she gave at the Hays Festival this year (or she took her talk from her book) and of this talk Beard writes:

A large part of the thirty-minute talk is taken up with Greer’s very powerful account of recent cases in which brutal rapists were acquitted, and of the way in which the victim’s initial trauma was redoubled by the indignity of the legal process and the humiliation of not being believed. She also addresses her own rape, sixty years ago, and explains why she didn’t report it to the police. They are reasons (not least the imperative of just wanting to go home and wash him off you) that any person – myself included – who has been raped and has taken the matter no further, would understand

In her lecture, Greer was attempting to overturn some assumptions about rape, and to think differently about how to prosecute and punish it – to end the current impasse. It is hard to imagine things being worse: only a tiny number of successful prosecutions, which cannot possibly reflect true levels of guilt; those women who do report a crime feel assaulted all over again by the invasive procedures that accompany the investigation (courtroom interrogation is just one)

Here is what Beard thinks is the core insight of Greer's book:


She is trying to make the argument that non-consensual sex – with its long-term, repeated, low-level humiliation of women – is much more prevalent (‘in the psychopathology of everyday life’) than we like to admit. It was, after all, only in 1991 that rape within marriage became recognised as a crime in English law. Even now very few wives feel they have any redress against unwanted sex, least of all by making a visit to the local police station (it’s a price many women are prepared to pay for partnership and the other ‘advantages’ of marriage). Greer is also saying that if we cannot deal with the crime of rape by the traditional legal strategies, we might have to look for a radically new approach. If one of the main factors preventing convictions is the central criterion of consent (juries cannot convict if there is the smallest doubt that the rapist might have believed that the victim consented), then maybe we ought to lower the burden of proof. But, if we do that (to the necessary disadvantage of the accused), it follows that we should lower the penalty. This is not an attempt to diminish the seriousness of the crime. Whether you like the idea or not, Greer’s contention is that raising conviction rates is more important than securing lengthy punishment: better one hundred men found guilty than two locked up for five years. Little of this was acknowledged in the furore that followed the book’s publication.

She is also uncharacteristically unreflective on the question of violence. She rightly says that ‘rape itself need involve no violence at all,’ which is true, if you mean that many, if not the majority, of victims do not emerge with obvious physical injuries, cuts and bruises. But, as critics (in this case correctly) observed, to claim that women can be raped while sleeping does not mean that such rape is a ‘non-violent’ act. It can only be on the crudest equivalence of violence with visible injury that the insertion of an uninvited penis into the vagina of a comatose woman does not count as, at least, a violation. Greer is uncompromising in seeing all rape as a ‘hate crime’; why not ‘violent’ (on a more nuanced definition of the term) too?

There is also the question of the cultural and intellectual baggage around rape that we have inherited. Greer is strong on some of the inconvenient shadows that earlier definitions of rape still throw over our own debates. She usefully observes that, in the UK at least, the law has never successfully managed the transition from rape as a crime (of theft, from the Latin rapio) committed against the woman’s owner or guardian, her husband or her father, to rape as a crime (of sexual assault) committed against the woman herself. But when she trails the idea that consent, as a touchstone of guilt or innocence, has been part of the discourse of rape since at least the 12th century, she sells the history of the subject rather short. The fact is that, as far back as we can trace it in the West, the question of consent has been, as it remains, the slippery conundrum at the heart of discussions about guilt, innocence and victim-blaming. In ancient Rome, the (mythical) rape of Lucretia was the key example, and the story continued to be invoked for centuries by those probing the dilemmas of sexual assault, from St Augustine to any number of 17th-century English moralists. 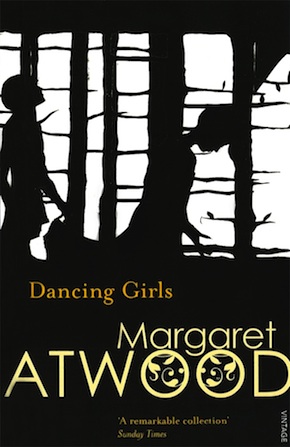 I'll link this to a story Margaret Atwood published  in 1975 called "Rape Fantasies" which Elaine Showalter sent to a class I've been participating in once a week on Thursday afternoons for four weeks now: it's republished in Atwood's Dancing Girls and Other Stories. I've no idea how to attach it alas, but if you belong to groups.io, it's possible you can reach the file I put it into for my listserv group called WomenWriters@groups.io.

This is a good interpretation and discussion by Nancy Workman:

This by Wanda Campbell also

The context is a wry-voiced pragmatic sort of woman at a game of bridge with other women -- or at work -- and she says as how rape stories are everywhere and people constantly on about it. they also claim women have rape fantasies -- i.e., they want to be raped is implied  She pushes this group to try or they push one another and pretty soon what emerges is a series of erotic fantasies, but not rape because rape includes forcing, mean violence, brutality, fear, anxiety.
She then alone begins to recount her rape fantasies -- now all her stories include these elements of forcing, implied or threatened violence, anxiety, except they are told through a lens that reminds me of a Woody Allen (I just saw one this week) -- in all we feel sorry for this emasculated guy, and he does not rape her but the two settle down together to watch a TV show or die of leukemia (cancer).

It all brought to mind my Jewish grandmother's rape story. Yep -- she told me that one night around 3 am a young African-American man broke into her apartment. It was summer, she has left the window open, she was on the ground floor. He was looking to steal but, failing that, he got into bed with her, on top of her and he would rape her. She was in her 80s. She said she said to him, look I'm an old woman, and you don't want this, I have some money in my purse in the living room. Go get the handbag. He did have knife or gun, but got up and left her unharmed, found the handbag, took all her money out of her wallet, and then went out the front door. When she told my aunt (her youngest daughter who lived on the third floor) what had happened, my aunt said "you need to move to the second floor."  But it was rent control apartment and there was nothing available on the second floor. After that even on hot nights she closed her windows. She did have an air conditioner in one of her rooms.

I believed her and believe this happened. I told the story of my own humiliation and violation at the age of 12 in a much earlier posting on this blog. I have never forgotten it and the experience influenced my whole life ever after. In a story in her recent collection, Stone Mattress, Atwood tells of a woman who decades later takes revenge on a man who harrassed, humiliated, treated her with barbarity, rape too. She seeks him out and in the crucial moment he shows himself to be the same shit he was decades ago Memorable. She has never forgotten and never forgiven.  Where Atwood breaks a taboo is in the #MetToo discourses is often women are urged what's the big deal, get over it, no broken bones? Or forgive -- like forgiving your mother. Women are seen as hurt, puzzled, confused, indignant, seeking justice, trying to stop the man from raping others; she wants him to recognize what he did to her and feel remorse - -but not holding a deep grudge, not seeking revenge. --
I suggest one of the goals of the older "Rape Fantasies" was to cut through the hysterical way with the intense trauma that most of us talk about such experiences through -- and beyond showing the failures of imagination that undergird today's society's condoning of rape, an attempt to talk about real sexual life if Mary Beard is accurate in her comment that Germaine Greer wanted to talk about rape and its relationship to actual experiences of heterosexual sex. It's not just a question of consent, the problem is the fantasies that are inculcated in the minds of women. Now she is bringing forth the intense anger. About time?


Update at 12:21 pm -- this is superb:  Anne Enright -- whose Gathering won the Booker one year -- LRB diary entry: beginning with the husband of the woman who was a judge on the Nobel Prize committee and where a brouhaha was responsible for no winner for literature last year.  He couldn't even resist groping the Queen of Sweden in public (who apparently had never had this happen before): Recent monsters of #MeToo 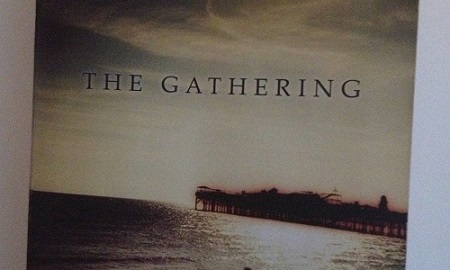