Two of the finest spirits, artists of our era have died:   Clive James (see Guardian obituary), whom I admire mostly for his poetry, though I know he wrote remarkable witty essays and literary criticism, also about Australia, and was a TV presenter (is that the word?), and Jonathan Miller, whom I remember mostly for his direction of operas and plays (I would screen his Beggar's Opera for my students), but also when young as a member of the Fringe (early satirical group), and a medical doctor (I remember his documentary The body in Question). My husband respected both -- Miller Jim loved for the operas, and for James Jim enjoyed the verse satires: the two pictures come from 1980. Both were strong satirists. 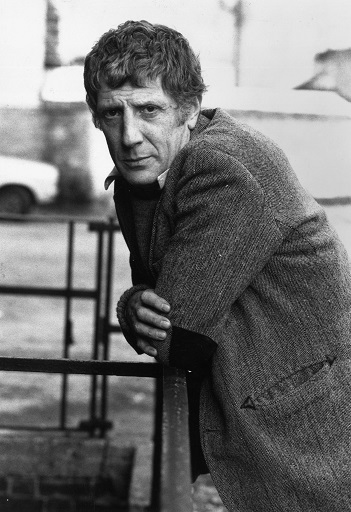 Jonathan Miller -- as a director, a fuller life and works assessment 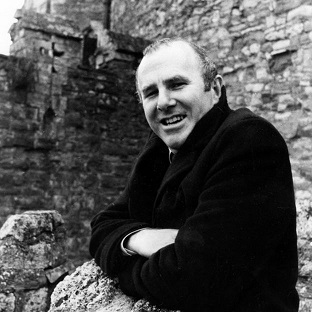 This evening I thought I'd share some of the poetry that James wrote after he was diagnosed with cancer, which I discovered only after Jim died. Before that I thought he wrote only verse satire.  And (as that is all I can find from Miller's Beggars' Opera), an excerpt from the 1983 Beggar's opera, featuring Patricia Routledge, and the first part of a series of lectures Miller filmed on the history and point of view of atheism:

First a poem by James:

Rounded with a Sleep:

The sun seems in control, the tide is out:
Out to the sandbar shimmers the lagoon.
The little children sprint, squat, squeal and shout.
These shallows will be here until the moon
Contrives to reassert its influence,
And anyway, by then it will be dark.
Old now and sick, I ponder the immense
Ocean upon which I will soon embark:
As if held in abeyance by dry land
It waits for me beyond that strip of sand.

It won’t wait long. Just for the moment, though,
There’s time to question if my present state
Of bathing in this flawless afterglow
Is something I deserve. I left it late
To come back to my family. Here they are,
Camped on their towels and putting down their books
To watch my grand-daughter, a natural star,
Cartwheel and belly-flop. The whole scene looks
As if I thought it up to soothe my soul.
But in Arcadia, Death plays a role:

A leading role, and suddenly I wake
To realise that I’ve been sound asleep
Here at my desk. I just wish the mistake
Were rare, and not so frequent I could weep.
The setting alters, but the show’s the same:
One long finale, soaked through with regret,
Somehow designed to expiate self-blame.
But still there is no end, at least not yet:
No cure, that is, for these last years of grief
As I repent and yet find no relief.

My legs are sore, and it has gone midnight.
I’ve had my last of lounging on the beach
To see the sweet oncoming sunset light
Touching the water with a blush of peach,
Smoothing the surface like a ballroom floor
As all my loved ones pack up from their day
And head back up the cliff path. This for sure:
Even the memories will be washed away,
If not by waves, by rain, which I see fall,
Drenching the flagstones and the garden wall.

My double doors are largely glass. I stand
Often to contemplate the neat back yard
My elder daughter with her artist’s hand
Designed for me. This winter was less hard
Than its three predecessors were. The snow
Failed to arrive this time, but rain, for me,
Will also do to register time’s flow.
The rain, the snow, the inexorable sea:
I get the point. I’ll climb the stairs to bed,
Perhaps to dream I’m somewhere else instead.

All day tomorrow I have tests and scans,
And everything that happens will be real.
My blood might say I should make no more plans,
And when it does so, that will be the deal.
But until then I love to speak with you
Each day we meet. Sometimes we even touch
Across the sad gulf that I brought us to.
Just for a time, so little means so much:
More than I’m worth, I know, as I know how
My death is something I must live with now.

Then three more poems written over the past five years:

Japanese Maple - this is so rich with colors
Star System

And below, the last and fifth formal verse lyric, accompanied with memories of Jim reading aloud the early satires (verse in the manner of Pope), which, at the time I said, I could not understand as I didn't know enough about the BBC.
Sentenced to Life

My last memory of James directly will be in a brief essay either by him or Jenni Diski where either he or she says after the other has died, he or she will be embarrassed to still be here. I also followed her writing as she lay dying: hers were in the form of columns, which appeared in the London Review of Books.

For Miller, The Beggars' Opera as reconceived by Miller ends in tragedy: the mood across much of it moves from caustic satire to strong eroticism.

This is typical of his documentaries, which I quite enjoy: this is on the history of atheism, early phases: it is relevant to James's late life poetry.

***********************************
Gentle reader, Nota bene, I have come to the end of trying to find essays or articles or various media, which the reader may have overlooked and seem to me of importance since Trump took office, both those with a larger perspective (national, internationa), and those more locally, with a couple of occasions where I found myself directly impacted (by the DMV, by a police man).

I feel what I am writing about national news of no use any more -- or not at this time when it seems nearly half the population of the US doesn't care that Trump is a criminal, is destroying what is good in gov't, and has created a shadow cabinet of criminal cronies to exploit tax payers dollars in his own interest, to put himself above the law. I fear what will happen in 2020. Now if Warren or Sanders wins, I imagined him refuse to leaving to leave the White House? the military hated what he did -- the leaders when he pardoned slaughterers, utterly dishonoring their profession, but what happens one man resigns and another patsy takes his place.  Trump puts in amoral sycophants everywhere; a crime syndicate is now the shadow cabinet.  The courts are now deeply reactionary. It will be okay for him not to release his tax returns. They will decide he is above the law. This is not fantasy. The rich only care about not paying taxes; the corporations and banks will not want to put up with Warren. If Biden wins the nomination, many democrats will stay home. So another 4 year slide and then the veneer of democracy we'll had will be ripped away.

What can I put here that is of any use?

Recently the Alexandria City council voted at the same time to eliminate the bus that goes through my neighborhood and have redrawn street lines so as to create horrific traffic jams in my area. Our local owners' association, various groups and individuals protested and it was pretended we were listened to (I actually went to a town meeting and spoke - how naive of me), of course to no avail. I will, come next election, write a blog listing the names of those who are responsible for taking from my daughter (disabled autistic level 1) her neighborhood bus to get to her job at the Pentagon, and 2) are causing car accidents -- one very bad one two weeks ago. A small microcosm of what happens in the larger political spheres.

My new scheme or plan for this blog (it has gone through many phases) is to try for news in the arts. Also my own latest doings:  I could put more daily thoughts about movies I've seen for example; what books reading briefly, like recently TLS articles on the corruption of the Booker Prize, how having won in one case destroyed the author's career, how egregiously wrong another decision and so on. The Prize-Obsessed culture.