Mistakes of past eras being repeated; Sanders' Fireside Chat via live streaming

People propose that we remember (or reread) Defoe's Journal of a Plague Year or Camus' La Peste.  There are shorter versions; 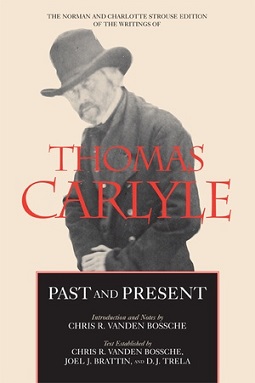 A poor Irish Widow, her husband having died in one of the Lanes of Edinburgh, went forth with her three children, bare of all resource, to solicit help from the Charitable Establishments of that City. At this Charitable Establishment and then at that she was refused; referred from one to the other, helped by none;— till she had exhausted them all; till her strength and heart failed her: she sank down in typhus-fever; died, and infected her Lane with fever, so that 'seventeen other persons' died of fever there in consequence. The humane Physician asks thereupon, as with a heart too full for speaking, Would it not have been economy to help this poor Widow? She took typhus-fever, and killed seventeen of you!—Very curious. The forlorn Irish Widow applies to her fellow-creatures, as if saying, "Behold I am sinking, bare of help: ye must help me! I am your sister, bone of your bone; one God made us: ye must help me!" They answer, "No; impossible: thou art no sister of ours." But she proves her sisterhood; her typhus-fever kills them: they actually were her brothers, though denying it! Had man ever to go lower for a proof?

For, as indeed was very natural in such case, all government of the Poor by the Rich has long ago been given over to Supply-and- demand, Laissez-faire and such like, and universally declared to be 'impossible.' "You are no sister of ours; what shadow of proof is there? Here are our parchments, our padlocks, proving indisputably our money-safes to be ours, and you to have no business with them. Depart! It is impossible!"—Nay, what wouldst thou thyself have us do? cry indignant readers. Nothing, my friends,—till you have got a soul for yourselves again. Till then all things are 'impossible.' Till then I cannot even bid you buy, as the old Spartans would have done, two-pence worth of powder and lead, and compendiously shoot to death this poor Irish Widow: even that is 'impossible' for you. Nothing is left but that she prove her sisterhood by dying, and infecting you with typhus. Seventeen of you lying dead will not deny such proof that she was flesh of your flesh; and perhaps some of the living may lay it to heart.

Pamela Gilbert of Victoria wrote to her local newspaper, the Gainesville: Mistakes of past epidemics are being repeated: 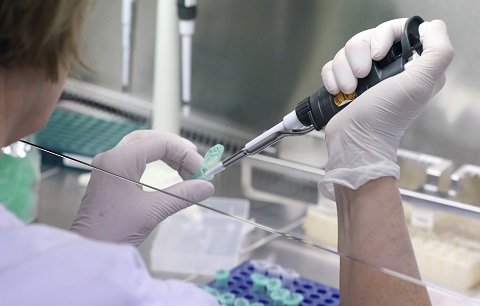 In Germany a nurse prepares slides for testing for coronavirus

Iran is now burying its people in mass graves. They have nowhere near the medical supplies or ventilators they need.  Guess who is at fault here? Boris Johnson proposed to let the building of herd immunity be his (!) goal for all the British people.


You do have to wait 13 minutes for it to start: he proposes to do all that Trump and his regime are not:  testing for everyone who needs or wants it, ordering the pharmaceutical companies to make ventilators and all the supplies needed, making these available to all hospitals, doctors, and people who are sick (who will be tested), everyone to have access to heat, light, water, air conditioning, electricity.  Information available to all, cooperation with all of our allies and help to those people who need it.  In other words really to act to save thousands of lives. And much else

If the democratic candidate is Biden, we must vote for him because he too is humane and decent and pro-active and will put versions of what Sanders proposes into realization. On no account can we let Trump postpone any election. Meanwhile Trump has sent to the Supreme Court another challenge to ACA which will destroy it.