Last night to my astonishment a man from the American Enterprise institute agreed with a professor with liberal leanings that Trump is incompetent; well, he went further, the professor said that Trump doesn't believe in using gov't to help its people; that he does not act because he does not want to act, but the American enterprise man said Trump's idea of the presidency is that he is a performer on TV and that's it.  Not quite true since Trump has been busily destroying agencies (among them now the Post Office), writing Executive orders to turn the environment over to fossil fuel industries (his friends), acting counterproductively to (among other things) prevent governors from getting the ventilators they bought by hijacking or out paying them. Still as to help against the coronavirus, both men are spot on. Watch and listen to Wm Brangham interview:

As no one can transfer the videos from this PBS News-report site, here is an audio podcast:

Similarly non-transferable, here are Amy Goodman & Juan Gonzalez interviewing the Rev Barber: Stay home, stay safe, organize; his assessment of the callous indifference to death and the forcing of people back to work in lethal conditions:

Trump is doing all he can to get this one out of public view; it shows that the US is lagging behind in testing tremendously.  We cannot go back to work and the US get back to normal without being sure that others are not infected around us; tracing must be done. He refuses to allow the one place with the money and central capability to do this:

But here is one that will transfer:

Trump is trying to prevent this one from disseminating; it's said to be a version of or the one first concocted by Republicans: it is powerful and true: Mourning In America

From a transcript of what Rev Barber said (in case you can't reach DemocracyNow.org): 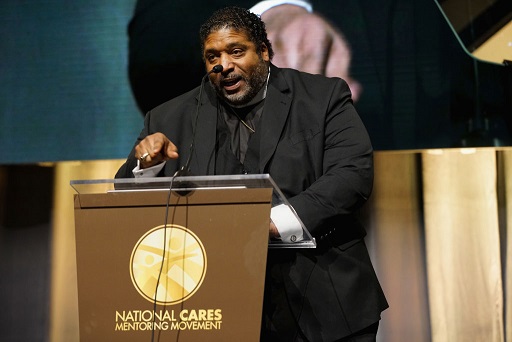 Rev Barber (to Juan Gonalez):  These are hard times. And what we’re seeing in America now, a lot of the pain is by choice. It didn’t have to be. It’s not because of the virus, per se. It is because of the pandemic of greed and lies and trickle-down economics that, in this situation, caused us to move in the wrong direction from the beginning.

And what all of the public health officials tell us, that pandemics exploit the fissures in the society and the wounds in the society, the open wounds, and that America had a whole lot of open wounds as it related to systemic racism and poverty, because when you break down those numbers, 61% of African Americans were poor and low-wealth before COVID. Sixty-six million White people, in raw numbers, were poor and low-wealth in COVID. From the mountains of Appalachia to the Delta of Mississippi, you had extreme disparities. And COVID hits. And what we have now, as I just heard you mentioning, is the disparity among Black people and — and really, it’s low-income African Americans or poor African Americans, and then Whites and Latinos. And we don’t really know how bad it is, because the data is so spotty. But what we do know is that the pandemic is exploiting those fissures.

And so, what we’re saying is this is the moment that you have to stay at home. Don’t you believe these lies these governors are telling us about the time to open back up the society. Stay at home. Stay alive. Organize. Organize. And we’re demanding that all the things that were not done up front that should have been done, they have to be done now, in order for us to move forward and possibly overcome this pandemic. Otherwise, the pandemic is going to still have root in our society. And it’s not just going to hurt poor people; it’s going to exploit poor communities and the fissures, but it’s going to continue to spread throughout the rest of the society.