Why Trump loathes WHO, who is Tedros, & what kind of public health intervention Tedros stands for

I've been very reluctant to write another blog, because by doing so the explanation for COVID (contrasted to other flus) and the harms it can do even if it does not kill you is scrolled down -- where conscienceless corrupt people want to obscure the reality of the danger.

This is a related posting: an article in the London Review of Books for 2 July 2020 (42:3) by James Meek (which I have a hunch a lot of  people will not have seen) sets forth a fair history of the World Health Organization, how it operates, how central it has become as a advisory and instrumental agency across the world. It's a social necessity and moral relief that other nations are coming forward to support it finally now that Trump (the dictator who lets no day go by without its evil deed) has pulled the US and its multi-billion contribution out.

What can the WHO do? 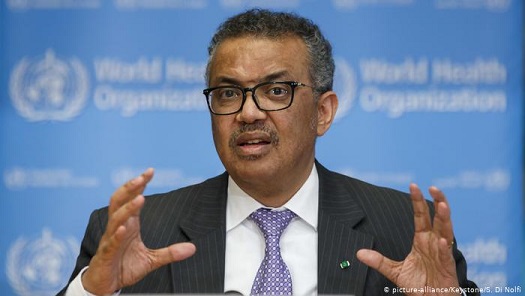 The story in my simpler words is Tedros is the first African person to be at the head of the WHO; he got there because for the first time ever a genine election was held. Many of those appointed have been doctors; Tedros is not a physican but a man with a thorough background, a Ph.d in Pubilc health. He is rightly famous and respected in Africa due to his successful large experiments i different African countries in group led low tech healthy initiatives. Tedros identified important women (socially) in a village; taught them all sorts of procedures for preventing illness, gave them training in low tech procedures they could do as trained nurses, and then sent them out as teams. He thus enabled several African countries to be healthier, to beat a number of endemic serious diseases: TB, cholera, among them.

Let us recall that what we call medicine are a group of behaviors towards conditions we define as illness -- these behaviors include operations, high tech procedures, drugs, and expensive hospitals and personnel, but these are by no means the central ways we promote, keep and manage good health.  We know that when we define alcoholism or drug addiction as a moral failing and seek to punish the people, we are doing them a terrible disservice, and filling our prisons; when we define it as an illness, and send the person to a doctor, attempt to help the person change his or her behaior we are improving our community.  The central ways of maintaining good health then are social behaviors of all sorts, including good water, decent diet, work schedules that are humane, much less psychological pressure.

So there needs no more explanation for why Trump loathes the man -- these ways do not allow for profiteering and gouging people by unnecessary high tech medicine (including drugs & machines). 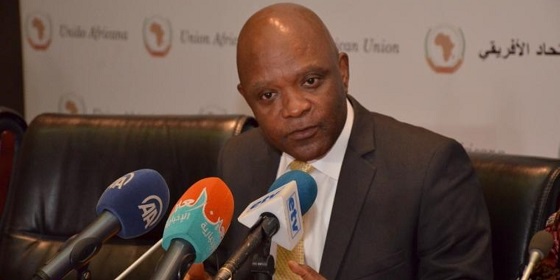 What can the WHO do? tonight listen to or read the transcript of Amy Goodman and Juan Gonzalez interviewing Dr  NKengasong -- he formerly worked in the US CDC -- naturally he was got rid of.

Dr Nkengasong explains why the pandemic was delayed in Africa: they followed all the procedures the US CDC said to do in Februrary 2020.  (By the way not only is Trump refusing to sign the present budget as long as it has billions in it for testing, tracing and quarantining using an inexpensive quick testing from the Rockefeller Foundation; he is continuing to refuse to release the billions now in some place in the federal system under his control. (What a tyrannical king is the American president -- it's worse than George III his powers because 2020 is a different time than 1780s.) 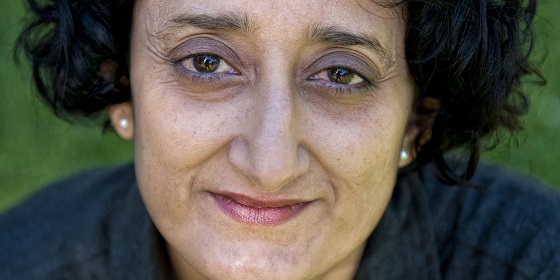 The problem is the disease is not Ebola or others they have fought because it is so highly contagious. Now it is beginning to spread. He and the other guest, Fatima Hassan, a human rights lawyer with the Health Justice Initative is in South Africa are trying to prevent the rich companies from "developed" countries from grabbing the vaccine first -- once a vaccine is certified as safe and useful and doable after guineas pig trials from 2000 South Africans, to stop these companies and their politician stooges from turning around and selling it to the gov'ts of rich countries.

I fear that Trump would then give the vaccine to a company owned by a friend and try to gouge as many people as possible -- and get away with it as he's gotten away with so much of just this kind of action all along.  (Tump is the central cause of 160,000+ deaths and massive unemployment, near bankruptcy coming homelessness for millions). But Hassan can do nothing about that; she can only hope to intervene to get the vaccine to the African countries in a timely way.

These two conversations and this background history are important to know to understand what is being right now inflicted on US people and what the dire future holds if Trump is re-elected. The threat.  He is attempting to (and slowly succeeding I fear) in setting up a military dictatorship in the US. The Homeland Security dept was set up to control the US; to do in the US what CIA and FBI abroad do (called National Security). The mayors are trying to stop this man from doing to their cities what his secret military (from Homeland Security) has been doing to protester and demonstrators in Oregon (violent tear gas, kidnapping, beating up, shooting, terrorizing citizens). The man openly talks of invading democratic places -- to play to ruthless people who will take it he is on their side because he does not send militia to states run by male republicans. They trust no one so don't expect any principled behavior (in their revealing jargon, "political correctness")
Ellen
Tags: animals rights, capital punishment, capitalism, covid19, criminal justice system, danger in the streets, democracy, dictatorship, global warming, govt shutdown, health care systems, human abuse, human rights, police, prisons, racism, science, sexual abuse, trump menacing clown
Subscribe