Plus ca change moins ca change (sans accents). Reversing what I suggested yesterday, taking another set of criteria. Yesterday on FB I said how life is changing -- more dissolution of social bonds in daily life is happening apace, and in the US that's very bad since among other things US people just move around the country a lot, seem not to have any real adhesion to roots (are willing to lose people known, relationships with groups of people, and their past in & knowledge of, a given area).

Scene in front of a bank, near a gov't building

I am beginning to think the world as I have known it as it impinges on my life in my house and whenever I am out-of-doors is changing, the way we have lived recently (the last half century) is indeed being overturned. Usually I laugh at such ideas. And that the change is not for the better, oh no. What I was talking about was a way of life. When Jim first died, I tried so hard to become part of communities, to belong and to do it through service; I worked at getting out and being among people. I could manage tenuously because this is outside my character. But that world of relative (and it was only relative) openness and social safety nets, daily bonding contacts, is gone; it was rotting away under the forces of gigs, inequality, poverty. The US individual's tendency to up and move has a great dissolver of relationships; it's as if US people don't care about this; all the talk about roots is a compensatory imaginary coverup. And now a differently and even more isolating world in a daily sense is taking its place, or carrying the asocial trends even farther.

But then one can argue the other way. It was naive of me to forget that there was no post office until the 17th century in Europe, then it was quickly very corrupted (because not respected) and also was not wanted -- it was a site to fight over because the powerful didn't want the powerless to communicate. In revolutions in the 1790s and again early 20th century the ability to correspond, the use of correspondence, the post office was fought over and people died stopping others from sending letters or controlling the post office. The same motivations emerge again when those in charge become the same kinds of thugs and thus supporting them the same kind of utterly selfish wealthy indifferent to all but themselves are in charge once again -- to the point the reality that in fact they don't want any democracy at all (they don't want anyone but themselves or those who will vote in their interest to vote) as they believe that they can rely on their connections and the military & prisons to protect them from tyrants.
I read in the LRB in the 1980s someone (I can't remember who alas) that the reason the powerful were shamelessly ruthlessly beginning to destroy the social safety net and other contracts with the vulnerable (like unions being allowed) in the UK was under Thatcher they saw they could get away with it -- in the US the powerful saw this happening under Reagan. When Goldwater lost, the Republicans did see the new coalition of hatred, bigotry, ruthless capitalism, fascism they could build a new coalition from. So what was a defeat taught them a lesson they then began to build a new Republican party from. These four years have seen the resignation of old-line (democratic and decent) Republicans from office, and all that is left are the sycophants, religious bigots, and corporate fascists.
In such an atmosphere of course the post office is under severe attack. Even social security with 67 million at risk of destitution cannot survive if the tyrant wins (or steals) the now corrupted election again because he and his cronies have thwarted the election process, minimized polling places and made the post office unable to cope. 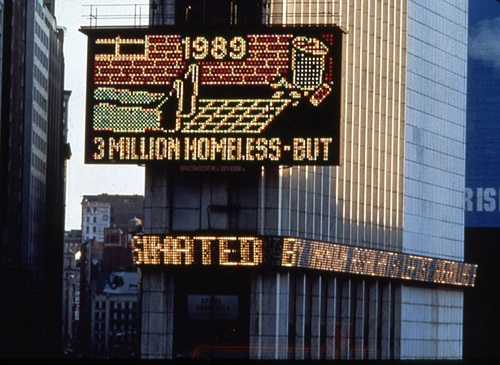