The gutting of democracy & lawlessness spreads more and more brazenly

It's not that Trump has not been lawless almost from the beginning of his taking power.  Much that he is doing to immigrants across the US defies congressionally passed laws, all custom and court orders. Everyone knows he is making profits off being in power. But since he escaped impeachment he has become brazen. Now he openly fires anyone who has displeased him or he can scapegoat. An important article: 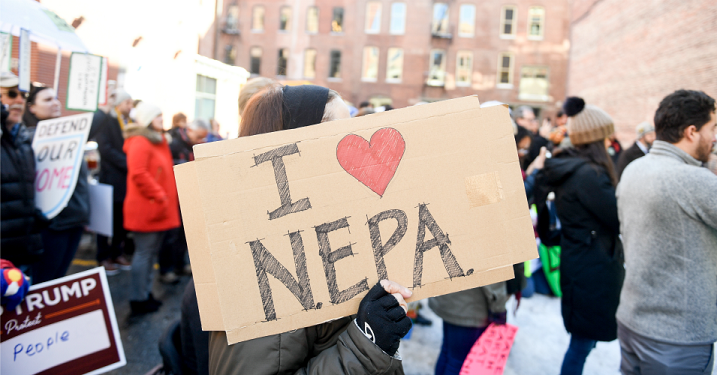 I know you have to get round the ceaseless ads so I point out that although the lawyers have had real successes in court what Trump does is fire and replace all the federal officers given the power to implement the law and refuse to follow Trump's gutting of it. Thus the wins in court are nullified and our gov't turned slowly into a unmitigated capitalist disaster dictatorship.

I know realize that horrifying RNC went over well with the white oligarchy, evangelicals, fascists, bigots & supremely wealthy & cops too. Trump knows how to make a TV show. That's why Brooks responded in the following fatuous reactive way. I am wondering if previous Republican campaigns lied so egregiously as this one? It's shocking how absolutely untrue just about all they put out is -- and exaggerated. Maybe I didn't pay as much attention?

I wrote the following letter to PBS reports (Judy Woodruff & Co) last night.
On the issue of safety & law & order:
Dear Judy and all,
Tonight once again Judy gives David Brooks too much of a free ride, and Mark Shields accepted what he said w/almost no dissent. Brooks brought the "issue of safety came up" and from an empty mind talk of how the democrats are not addressing the issue of safety. "People," says he ,don't feel safe. What people? why? How? he was talking of those voting for Trump, the 1500 at the WH (who represent the oligarchy of this US who think they can win again and don't care what Trump does to the constitution, our gov't or the majority of US people), also Centrist Democrat who he implied are now going to vote for Trump unless Biden comes out -- for what? -- for police.
Wait a minute? surely you could have asked _whose safety?_ Black people are unsafe every minute of their lives. They are shoot at in their apartments_. Police do not = safety. Police are dangerous to protesters and demonstrators. They are dangerous to disabled people. They are trained to shoot, to demand instant obedience or beat people to a pulp; and that they can kill with impunity -- since 2016, e.g., they have been trained to "pit" people in cars, deliberately give chase to force these cars off the road, to turn over, to fall off cliffs - what does it matter if the passengers die: they were resisting the police. Not allowed
I didn't expect anyone to refer to police' training in detail but you all just accepted this idea of safety. The white people who don't demonstrate, who live in wealthy areas are safe -- Law and order=brutal treatment of
But citizens exercising a right to assembly, protest, demonstration. These principles were part of what made the French & US constitution so important.
You want democrats to say the problem of these demonstrations and protests is "no one" feels safe. Who is no one? not the demonstrators whom Trump vilified as did others -- they were following Goebbels script of telling big lies through out the 4 nights.
You just let Brooks get away with saying the democrats are inadequate and republicans taking the lead -- to say that encourages viewers to believe that. It may be the democrats' response is not adequate but the issue is not safety. It reminds me of how on FB white people deplored the loss of drug stores; of how demonstrators yellowed at security guards.
"Safety" is not the issue or only issue; why did not you or Shields tal of justice, imposed impoverishment, depriving people of the very right to live == and their children who are being forced into disease-ridden buildings in public schools. I give it to Shields who mentioned how many people had died in the last 3 days -- more than in Pearl Habor, more than on 9/11.
If you do not question Brooks and Shields' analysis, they will not worth be listening to -- you are treating them and especially Brooks as an oracle. This is just so wrong and inadequate.
And it's so important that real words about the real situation be used. Do you want your program and PBS to go under too?
I signed my name.

************************************
A friend on my listserv Trollope&Peers wrote me offlist of the RNC:
"-- this civilizational trauma is simply horror -- we should not use his name"
Goebbels said tell big lies. "45" said the pandemic is over, the economy thriving, people in the streets so much scum and police our saviors. Over & over. Then played Cohen's Hallelujah without permission (or paying for it).
I will avoid his name from here on in. I ask everyone who reads this to _at least_ STOP REPRINTING HIS PHOTO. If you want to share a story about him, click on the little x when the photo comes. If it persists in coming up, find another picture, any picture, say of an animal and place it on the slot for adding pictures (the little green icon), it will supersede the news' story's promotional picture. Give him no more free advertising no more endless ego stroking.
Keep in mind the New Zealand Prime Minister persuaded newspaper and outlets never to reprint or say aloud the name of the mass killer who was sentenced to life imprisonment the other. His name is never used. He cannot exult as "45" does.
I plead with everyone who reads this posting to stop reprinting his picture if you feel you must use the foul name.

I am now worried that Biden is not going out to rallies. He cannot win if he sticks to online ads and videos. Trump went from the illegal White House to New Hampshire. Where is Biden? where Harris? I have written the Biden campaign, tweeted and talked with a Democratic National Committee representative where I live urging them to have a train tour. Travel all over the US in a train. Stay inside or on top. Wear masks. Encourage people to come in small groups. It will attract attention, people, coverage. It will work --

Trump & junta have decided it's in their interest to let the virus rip -- kill as many as it will -- one man from that coronation ceremony said in reply: everyone is going to get it -- meaning those who do and die fine. Again to have eliminated would have meant in Ireland was test everyone, trace everyone weekly (?), or almost everyone and quarantine. This is a tremendous advantage to them. But a train could get round the problem of infecting people in large numbers. 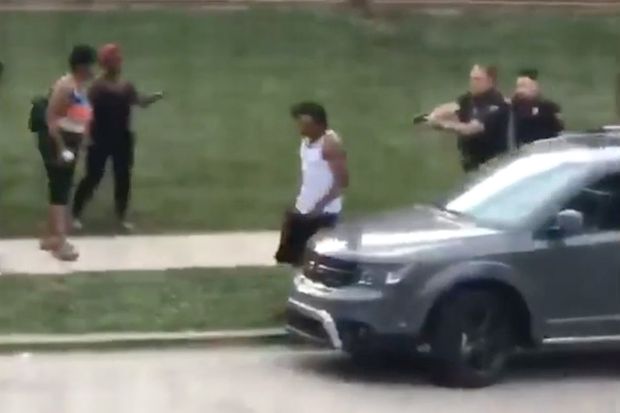 Police shooting unarmed Jacob Blake; yesterday in hospital now paralyzed from waist down, the authorities had handcuffed him to his bed
.
Interview with his father who says he never wants to leave the house again . He had committed no crime at all, he was trying to stop a quarrel. Here is a transcript of an interview by Amy Goodman:

WHAT WE HAVE GOT TO REALIZE IS THIS: The most powerful position in the world is now inhabited by an extremely bad man who will do anything he can to stay in power. He was right about standing in the middle of 5th Avenue and gunning down people and still his supporters would vote for him. As long as he serves their particular interests, they don't care about anything else. The top 1% (preposterously wealthy) and the top 15% want low taxes and all their privileges and to keep everyone else subordinate, desperate, kowtowed. They were represented on that WH lawn. They showed themselves. Also the haters and bigots, white supremacists, the amoral evangelicals, all those in office in the present Republican junta.

He is now responsible for the deaths of over 176,000 (more today) and his supporters don't care.  We are in the worst unemployment situation since the depression.  His supporters don't care. He turned a gov't place protected by law into a circus: his supporters colluded. His supporters are the egregiously wealthy, the top 15% of whites in the US in wealth (the thing they dread is multi-dwelling buildings in their area which is why Trump assures them this will never happen - they believe he is telling them the truth when he says he is serving their interests.

HE COULD SQUEEZE IN AGAIN. He is thinking he will with clever cheating and suppression and throwing out votes. He will then terminate social security, medicare - he has done it through stopping the mechanism which in tax accounting keeps it funded.

HE IS THE OPPOSITE OF LAW and ORDER. He is lawlessness with police to support him no matter what. They have this week shown they will carry on murdering black and brown people ruthlessly, with impunity