The importance of symbols 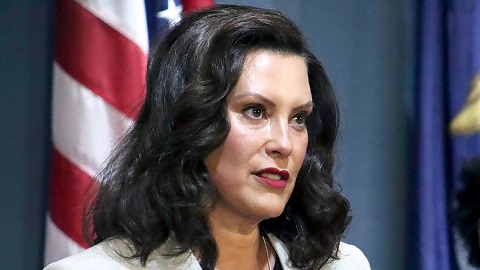 Gretchen Whitmer -- an attempt to kidnap and probably kill her -- militia groups are interconnected across states.  See

I will be making parallels with US this week:  a deliriously sick 73 year old (as the NYTimes has demonstrated through reporting on his taxes a criminal grifter), diseased old man pumped up with super-sophisticated drugs is permitted to seem to "run" the government (while he steals continuously from it, ignores its laws, as in the White House Lawn rallies). He also is allowed to do these rallies (he will be leaving WH) where he enables hundreds to infect one another, and all of them go out to where they came from to infect yet further people. What kind of insanity of a govt do we have?

On the recent right-wing plot to overthrow gov't (not symbolic), spurred on by Trump's encouraging, see "Liberate Michigan." 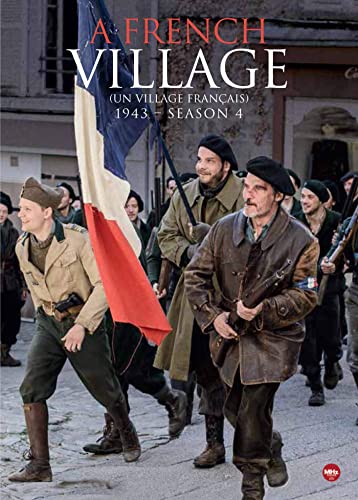 In A French Village it is tremendously significant when the Resistance manages to have a parade on 11/11: symbols matter. Also effective deadly political acts even when they don't come off matter. That's why the Nazis are so ferocious in their retaliation: killing 100 French people for every dead Nazi soldier.

As in the US the police will not give up their understood right to kill black, disabled, and (to this society) unimportant people with impunity, to imprison them at will. Those who think that Biden can take power and use it effectively are not seeing what is in front of them. Not just Trump being allowed to stay in office and have these killing rallies in the WH, but the Michigan attempt to overthrow a local gov't -- Trump encouraged it, and he has justified it. Yes he cannot get the machinery to put his enemies in jail and cannot stop this election. Let us see if it is not a farce. My father told long ago how important it was that all over the US these right-wing militia groups were allowed to flourish (that was during WACO).
There is probably a coming civil war in the US if the present course of action, law, behavior, is not changed.  While the overt symbols are racism -- intense anger by these white groups that other white groups want to let into the body politic blacks, hispanics, immigrants - the core cause is economic. The several large white groups supporting these republicans and their crazed mascot, Trump, want to return - have returned -- to an unmitigated capitalist military state. Huge give-aways during this pandemic on top of a crazed tax "reform" which is going to continue this trend of a few billionaires, monopolies everywhere, the shrinkage of the middle class. The target now is social security. People fight over symbols like religion or "democracy" (a republic) or nowadays ethnicities and identities but I think that is not what this is fundamentally about. What supports Trump are the top 20% whites in charge of a lot. They want to pay very little taxes and that only to protect their property and privileges. What put and kept Hitler in power was the hatred of communism and socialism. Trump screams he word socialism at the crowds.
Various academic friends of mine (mostly tenured people) are again saying how Biden will win and then Trump go out --- like in 2016 they said (and other various middle class retired people at OLLI at AU who had had successful middle class careers mostly in gov't) Hilary would win. They are people comfortably well off.  The naivete of these people is seen in how they reproduce Trump's image over and over in their Internet messages, mimicking the media which is trying to keep a gov't going where they can continue to operate -- and make money on this apparently irresistible image. Well I resist it and I tell others to resist it.

We do need the Press.  Without the Press, we would not know how sick Trump is, and how at least 20 officials in the WH are now infected (we don't know how many "underlings"). Meanwhile a creeping acceptance of 4 more years of the Trump junta can be found in news outlets and social media platforms. We would not know Trump is probably guilty of tax fraud, corruption while in Office (taking bribes openly even). Read The Swamp That Trump Built.

********************************************
I should say one of the elements that this French series makes plain is  the Germans loathe the French (as groups, those in charge) because they lost WW1 and were 'punished' by the Versailles so any mention of 11/11 is needling them. They could not pull off hat parade without the help of many not overtly in the Resistance.  The retaliation is as ferocious as the Germans dare - hanging innocent people, anyone just to get back, two more of our heroes die -- but it is a tremendous moment of pride. A symbol - they dance in the square, leave flowers. 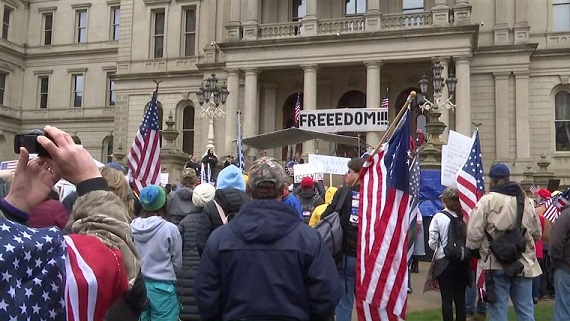 It will be said, look the FBI have arrested them, stopped this local take over.  Only just. Will these people be put in prison? a local sheriff has justified them. What happened to those people in Oregon who said they had the right to control gov't property and not pay taxes. Who makes the massacres -- disgruntled young white men left out. These Nazi-fascist white Americans loathe those who want to let the non-whites in and who are not upper middle. They resent bitterly social security and health for all. They want their privileged chartered airplanes. And they use the above thugs the way the Nazis used male white thugs. 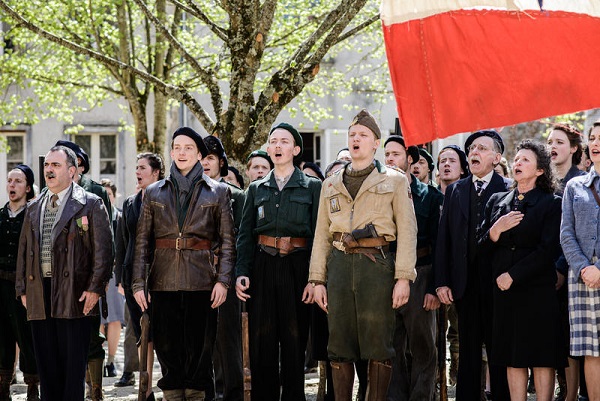 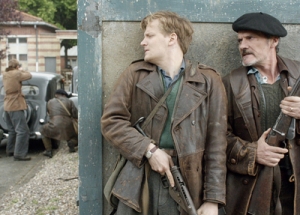 But when war is over, Antoine is no longer appreciated and is lucky to become a low status farmer, with Angselme not homeless because he's given a job by Antoine's brother-in-law, the sawmill owner who spent much of the war as a collaborating businessman and returns to his business when all is over--the French state remains capitalist with socialist ameliorations distributed grudgingly

The people in my neighborhood for Trump don't put out signs with his name: no they put out flags, and signs saying they will vote on 11/3 -- as threats -- they need the need only make a show, as long as Biden has no landslide, they and Trump will take over as they did in 2000 (with help of the supreme court) and again 2016.
Miss Drake
Tags: animal rights, danger in the streets, democracy, dictatorship, fascism, global warming, govt shutdown, gun control, guns, gutting environment, health care systems, human abuse, immigration, immigration illegal war, imprisonment, injustice, liberty of movement, liberty of movementprisons, nationalism, obama, pandemic, police, politics, presidential campaign, socialism, spying, trump extremely bad man, trump menacing clown, trumpites will support him no matter wha
Subscribe