Here is a brief publication that may indeed be overlooked -- and I hope now will not at least by those who read anything I write in several places.

Kenneth Reeves, group moderator of the Inimitable-Boz [Dickens] group (now at groups.io) contacted me to tell me that Bob died.  I had noticed -- as had some people on had also on Inimitable-Boz and perhaps Trollope&Peers (at groups.io) that Bob had not emailed for some time and about a month and a half ago I emailed him, and he never replied. Now he had periods where he didn't contribute for all sorts of reasons.  But I knew he had been very ill, had had a rough operation of some sort and a hard road to recovery.

***************************************
The good most recent news is his family, friends, associates  will be publishing (posthumously) the work he had been writing for some years on Dickens's creativity. His book of many documents retelling what happened at Lodz during WW2 will remain an important book as long as there are books:  Lodz Ghetto: Inside a Community Under Seige, compiled and edited by Alan Adelson and Robert Lapides.Penguin 1989. The second half of this blog is on Lodz Ghetto. 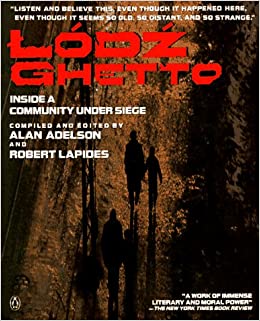 ***************************************
Bob was among the ten people who first came onto Trollope-l when Mike Powe opened it in October of 1997, a break away from a Trollope list run on majordomo by Elizabeth Thompson. Two other people of that original ten have died too.  I remember when Jim died, Bob sent me a beautiful poem -- by a famous poet.  So after the obituary sent me by Kenneth (from Bob's college's Human Resources webpage),  I reprint Catullus to his brother.
****************************************
Robert Lapides, professor emeritus in the English Department, husband of Professor Diane Dowling, died on January 1, 2021. At BMCC for over 40 years, Professor Lapides will be remembered for his passion, his life-long fight for social, economic, and racial justice, and his commitment to building communities where differences can be expressed. Never afraid to speak up or ask questions, he was genuinely interested in his students and colleagues. His intense curiosity about people, places, politics, history, literature, psychology, religion--about what it means to be human--informed all his efforts. He encouraged his students to embrace their humanity, including the parts of themselves they felt they needed to hide, building their courage to write honestly. His legacy can be found in his influence on the many students and colleagues he worked with, the online communities he created, in his faculty magazine Hudson River, and for editing Lodz Ghetto, collected writings left behind by Jews confined to the Lodz Ghetto in WWII. Until the end, he was working on his book about the creative development of Charles Dickens, which will be published posthumously. Condolences to Diane and their children Isaac and Rachel may be sent to ddowling@bmcc.cuny.edu or to 137 W 12th St. New York, NY 10011. Donations may be made to the charity of your choice


By ways remote and distant waters sped,
Brother, to thy sad grave-side am I come,
That I may give the last gifts to the dead,
And vainly parley with thine ashes dumb:
Since she who now bestows and now denies
Hath taken thee, hapless brother, from mine eyes.
But lo! these gifts, the heirlooms of past years,
Are made sad things to grace thy coffin shell,
Take them, all drenchèd with a brother’s tears,
And, brother, for all time, hail and farewell!
--Gaius Valerius Catullus (ca 85-ca 54 B.C.),  translated by Aubrey Beardsley (1872-1898)

********************************************
I will miss him.   We exchanged countless emails over the years . In the email Kenneth sent me, there is line by Bob noting that he once asked me if it was okay that he had plagiarized a line of mine in one of my blog-reviews, this one on Lillian Nayder, The Other Dickens: A Life of Catherine Hogarth (Cornell University Press: Ithaca, 2011).  He knew I wouldn't mind.  I don't have a picture of him; I met him once in New York City, not  far from where he lived and we had a huge lovely breakfast together.  He was a genial older man in looks.  We talked for a couple of hours. I recall that he told me I should not meet people face-to-face if I wanted to "make some sort of impression" --  I took that to mean I was very different in person for all that people thought I gave myself away (or seemed formidable) in my writing. I am working class in origins, with a New York City accent.  Someone else told me "he should not have said that to you."  I don't know. He was telling what he thought was the truth.  Bob was a compassionate, intelligent, moral and good man. He so admired, nay loved Dickens; his way was to analyse Dickens's writing psychoanalytically.