4 Films you might have overlooked: the direction 1st America Caucus would take the US towards

Instead of presenting essays or articles you might have overlooked this blog brings before you four films, three of which  you may be unaware of: The first three reveal where fascism took Europe in the 1930s and 1940s; the fourth shows a woman breaking out of a racist society to achieve literary renown for writing brilliantly about her own Black people. I ccite an essay on one of them, The Spanish Earth, and another of a similar kind made in the later 1930s in my comments.

Such films make vivid visceral real what goals such a Trump and his GOP  profess can lead to, active military fascism: Were the America First Caucus to have its way -- with massive repression of votes, savage policing (such as we are seeing in public today imposed on non-white people). We saw an adumbrated version of this on January 6th.

These goals and the steps the GOP are taking as I type or you read are explained in Heather Cox Richardson's newletters, Letters from an American:
4/16/2021:  A propos of the GOP announced goal & plan to implement a white supremacist corporate-driven dictatorship against the will of the majority of Americans by (among other methods) massive suppression of the vote
https://tinyurl.com/rzn3p3ay

4/18/2021:  As the GOP persists in the big lie that Biden did not win the election, and has persuaded a large number of Republican voters to say they believe Biden did not win the election (because they could be lying just as surely as their representatives are), HCR asks, beyond 361 bills around the country to suppress or manipulate the vote, where does the GOP think this is going to end.  what do they and their all white  hateful constituency have in store for the majority of Americans?
https://tinyurl.com/fthk7tw6

4/19.2021  the plague of continual gun violence; to which I'll add the arming of paramilitary people around the US -- part of what made January 6th possible and threatens
us still.  HCR's linking of gun violence in the US -- and the massive distribution of guns of all sorts everywhere -- to racism is persuasive.  Last night I watched a movie hard to watch  -- Mudbound --  the closest or truest depiction of the way racism worked in the South, Jim Crow era, I've ever seen -- as continual bullying, menace and mortal threat. What is policing to Black people today: they are kept in terror; instant obedience demanded and when given, still they can be killed. 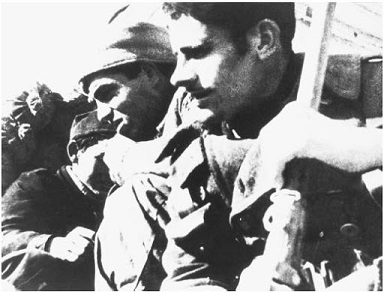 A still from The Spanish Earth
The first of four films, about the 1930s Spanish Civil War, made 1937, The Spanish Earth, a documentary available on Amazon Prime
https://amzn.to/32b98sd
A one hour documentary film showing a real Spanish village trying to fend off the Spanish fascists ultimately led by Franco.  It's very well done and despite the lack of an individual story you get immensely involved.  The peasants are murdered, shot at from the sky, bombed, but manage to fight off the insurgency for the time.  It was liked and watched avidly wherever it was shown but the studios refused mass distribution because it was said to be communistic.  Another similar film, Blockade (not on line) was shown in Europe and reached huge numbers of people at the time (later 1930s).
*********************************
Second, Memory Keepers, a 20 minute short film (very recent) on vimeo, and Package Tour (1985), a one hour and 10 minute cinema release

https://vimeo.com/147382607/8dd2a9499d
Use the film-makers email and the following password:
mollydblank@gmail.com The password is Sighet.
Memory Keepers:  a group  of Jewish people whose relatives perished when most of the Jews who lived in Sighet, Romania were deported, and the majority ruthlessly murdered. Sighet was torn in Northwest Romania who seemed to me ignored but in 1944 the Nazis descended, deported and took them to Auschwitz. Robert Rosbottom's When Paris went Dark (about the occupation of France) records that in 1944 the Nazis saw they were losing, and asked those in charge of the exterminating and enslaving people to give over their trains to carry materiel to help with the war.  Eichmann among other refused. No it was more important to murder as many Jews as possible. Never underestimate the strength of this crazed racism – here in white supremacy groups. Before World War II, the Jewish community of Sighet, Romania, flourished with synagogues and yeshivas, and the city nurtured important Jewish thinkers, including Elie Wiesel . 13 000 men, women and children were deported to Auschwitz. Seventy years later, in May 2014, over 100 descendants of the community gathered in Sighet for the first time. Memory Keepers uses the lens of the gathering to reveal rich stories of past lives and to consider the impact of the past on the present.
It's very moving: the different kinds of people on the bus, what  is their relationship today to this past, to one another, how hard to deal with this kind of memory, one woman at the time a small child who survived 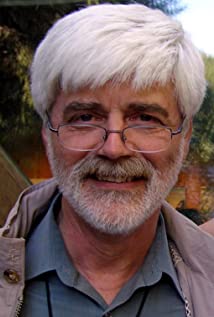 Gyula Gazdag, the director of Package Tour
A Hungarian 1985 documentary, Package Tour. 1985. The story is a group of elderly Jews return to a concentration camp they had been in (this one has a few survivors) or much much more frequently a relative had been in and perished -- they are on a bus.  It combines the actual experience,  with an account of the Nazi philosophy and what the Nazis literally did to kill these people plus peculiar scientific torturing the Nazis indulged in. It's a very controlled film and like Memory Keepers beautiful moving.
Jim knew about it and when it played on Bravo (remember early in the days of cable a few excellent movie channels) and we taped it onto a video cassette, which home made copy I still have up in my attic  The director is Gyula Gazdag - Wikipedia.
https://en.wikipedia.org/wiki/Gyula_Gazdag
Here's the YouTube:

**********************************
Toni Morrison
The Pieces that I am is probably well known to those who watch PBS and better programs, it's a 2 hour documentary on Toni Morrison, a bit too hagiographic, but nonetheless important and mostly very accurate history of her life, her career, how her books struggled to find acceptance (black men didn't want them either) in the context of the history of her family against a backdrop of Black history in the US. Their content (especially first four) searingly relevant.   It's part of the American Masters series.  You can get it streaming, by DVD, buy it ....  She's just wonderful as a speaker