You probably don't need me to tell you about this,  but it is such a stunning perversion of law, the US constitution, and democracy I feel I need to say something about it -- lest readers  not realize what the new laws in Texas  are encouraging.

Last week in The Nation, Katha Pollitt predicated just what is happening:  If Roe v Wade is overturned, the future will be worse than the past:  Before women were regarded as unchaste, promiscuous, there was anger against the coming birth of a child who would end a burden on the community; in fact socieities colluded in letting such children die (a history of infanticide in which the single woman was blamed): Child Murder and British Culture Polllitt predicts now the pregnant woman will be treated like a criminal, and the medical procedure within a woman's body treated like murder.

Heather Cox Richaredson offers a history of how abortion was made into a political issue, and then passions attached to it by propaganda (I'll add especially by the Catholic Church) so it's central to a culture war, and relentless propaganda has made a procedure the majority of Americans approve of before the 5th to 6th month of pregnancy, becomes in the papers something profoundly socially unacceptable in public at any time. 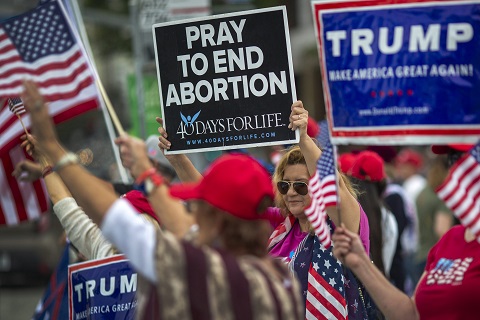 Texas is criminalizing women through their biology: if a heartbeat can be detected in their uterus, it's declared that there is a child there who must be protected from the mother. Most women don't know they are pregnant within the first six weeks. All the people a woman might possibly depend upon to help her cope -- from relatives, to friends, to doctors and nurses, cab drivers, anyone who gives her any help is subject to arrest. The person deputizing him or herself will get $10,000 if the case against the person is proved. If the person is found innocent of charges, he or she must pay all costs. As of midnight last night you need have no permit or any kind of control to buy a gun and carry it. The GOP also said there will be watchers at the polls to stop fraud (it is so infinitesimal this is an unreal charge); these watchers are in effect more vigilantes; they too can carry guns, so what is aimed at is all voters that GOP people don't want to vote can be stopped, arrested, harassed, and otherwise harmed, hurt and kill. Not only do officers kill ordinary people with impunity, there are "stand your ground" laws which permit the ordinary citizen to shoot to kill if they deem someone else a threat. Trayvon Martin's murderer was dclared not guilty of murder on these grounds. Done yesterday after the governor threatened to arrest all democrats who didn't show up for the vote. They showed.
And the Supreme court once again declined to hear the case so the new "law" can go into effect.

Heather Cox Richardson: "The Supreme Court has essentially blessed the efforts of Texas legislators to prevent the enforcement of federal law by using citizen vigilantes to get their way." (From newsletter for September 1st) ... "Last night at midnight, a new law went into effect in Texas. House Bill 1927 permits people to carry handguns without a permit, unless they have been convicted of a felony or domestic violence. "
That's what said more bluntly Heather Cox Richardson discusses in the academic plain style in her September 1st newsletter (which I link in here). Literally she explains how the Supreme Court is allowing states to defy laws passed by congress and long established constitutional law by allowing citizens to use violence and arrest to stop people from doing what they disapprove of. The citizens are allowed to do this because they look upon these behaviors as criminals. All people in Texas can carry a gun and need no permit. The legislature has declared the ordinary support system of women implicit criminals; and they have criminalized women through their biology. Finally they are allowing vigilantes to prowl through voting precincts to declare this or that behavior fraudulent.
Meanwhile -- she only referred to this in passing -- the GOP all day called Biden's ending of the 20 year war in Afghanistan a disaster, and decried turning women over to the Taliban, and the first actions of the Taliban officially were to say no women will be allowed in their gov't. TheTaliban have put orders to demand women stay at home ("for now," "for their safety"). The GOP in Texas with the allowance of a Supreme court whose majority is the result of sitting presidents who did not win the popular vote despite the gerrymandered condition of the US and the electoral set up in their favor. Richardson also says the use of this shadow approval (refusing to decide a case, leaving things stand w/o discussion, w/o signature) has grown immensely since Trump's regime began in 2016

Susan Cameron of NPR shifts the discussion to how this is an attack on "the abortion industry" -- medical facilities, doctors, all who provide for women's health as suspects

Nancy Pelosi today: The Court’s cowardly decision to uphold a flagrantly unconstitutional assault on women’s rights and health is staggering. The House will bring up Congresswoman Judy Chu’s Women’s Health Protection Act to enshrine into law reproductive health care for all women across America. 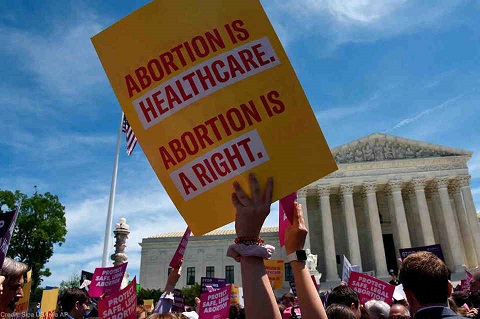 What is so distressing is the encouragement to open violence is rarely discussed; we hear what women with money will try to do out-of-state, but not that lawlessness is essentially being called law:

I thought perhaps Ruth Marcus in her column for the Wash Post would talk about the loss of a rule of laws, but alas, she does not -- though she comes close. Apparently if something is called legal, then to her mind, it's law. But see Erwin Chemerinsky: Texas is encouraging people to sue anyone who exercises a constitutional right.


Only Elie Mystal in The Nation discusses how dangerous this new law is quite literally:

"The law stipulates that any US citizen can sue a Texas abortion provider, or sue a person suspected of “aiding or abetting” abortion services. The plaintiffs don’t even have to be residents of Texas to sue Texans suspected of helping people make private choices. Should the lawsuit prevail, the person who brought the suit will receive $10,000, plus attorney fees. Texas has created a cash incentive to haul not just doctors and nurses into court but also lawyers, reproductive rights counselors, and even receptionists.

This country hasn’t seen this kind of dystopian legal bullshit since Salem.

The bounty system is more than mere red meat thrown at a base always eager to control the actions of others. It’s also key to Texas’s entire plan of evading constitutional review. The bounty system puts enforcement of the law in the hands of private citizens, not state officials, creating what bad-faith conservatives think is a constitutional loophole by preventing abortion providers and others from filing lawsuits against the state for the government’s new abortion restriction. It’s as if Texas is saying, “We’re not violating due process. We’re just offering $10,000 to Batman for any jokers who end up in jail, no questions asked.”

It’s an intellectually dishonest argument, and the district court judge, Robert Pittman, didn’t fall for it. Abortion providers had filed a case, Whole Woman’s Health v. Jackson, and asked for a temporary injunction blocking the Texas law while the case proceeded. Judge Pittman temporarily enjoined the law last week, pending a full hearing, which was supposed to take place this past Monday, August 30.

But the Fifth Circuit, the most conservative circuit court in the country, rushed to support Texas’s constitutional trolling, and not only vacated Judge Pittman’s ruling, but canceled his hearing. Without Supreme Court intervention, a law functionally overturning Roe v. Wade will go into effect tomorrow.

In the meantime, the Supreme Court will hear a direct challenge to Roe this year, but likely not this one (although the Fifth Circuit’s ruling was immediately appealed to the Supreme Court). Dobbs v. Jackson Women’s Health Organization concerns a 15-week abortion ban imposed by the state of Mississippi. That law also restricts abortions well before the fetal viability line set in Roe. The Fifth Circuit already struck that law down, as it didn’t include the bounty system Texas now claims absolves it from following the Constitution."

There is a Women's Health Protection Act in the Congress; it can be passed (or has been) by the House of Representatives; if passed by the Senate and signed by Biden, it would supersede this cruelty -- as cited by Nancy Pelosi (above)

Finally, to do this also has the effect of turning members of communities against one another; it turns a society into spies and spied-upon, the watched and the watchers, those anxious to criminalize others and punish them. Deadly clever.