You want to know why Biden can't get infrastructure passed. Why the US is crumbling: the worst of the developed countries for public transportation, bridges, health and child care.

San Diego republicans will not let "this kind of thing" spread: 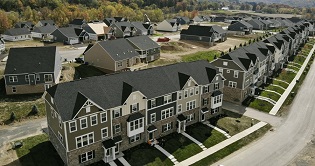 What GOP hates:  Trump's campaigns include rhetoric for single-famiy dwellings

You must first understand what racism is in my neighborhood -- upper middle class predominantly white.  (I have told on Sylvia II the story of how Jim and I came to live here.) More fundamentally the behavior comes from insecure status.  Class depends on money in the US: lose your money, you go down in class.  These people hate if their status is threatened; they regard any intrusion of lower class people, even from buses, and crowded traffic as also bringing down property values. They like to believe or do they are wholly responsible for their success in life.  Work hours & work ethnic in the US is killing. So they loathe other people getting anything "for free" or out of the tax system with money these other people didn't earn themselves.  It is okay to inherit it, then your parents did the earning. Democrats will pay taxes to the make the general world around them better; also provide health care for others.  But GOP people think they can and do buy their way out of the general world; if their attitude towards vaccination is any sign, they do not believe there is such a thing as public health or don't care about (again their money will insulate them) it.  It is this that prevents Biden from enacting his infrastructure bill -- these  GOP attitudes.  Lots of people identity as GOP because it is still seen as the patrician businessman not-whining party.  They loathe what they call whining. Whinging.  Threaded into many of Trump's speeches is the warning the democrats will put multi-unit housing in your area.  The phrase is a red flag

It is ugly, mean, -- and on top of that such people enjoy competition. They enjoy beating down a price. This tells them how they are worthy.  They like patronage systems. When they win out in these, again they are assured they are better than other people.  Another word for this in the US is individualism.  They will pay (almost do) anything to put their kids in elite schools. They regard the price tag of a college education as a negotiable amount. When their kid makes the college, they begin to call whoever and seriously nag and demand and plead for price to be brought down.  I understand sometimes it is. See how they have won out.

Now not all GOP people have all the above attitudes, and some upper class democrats share some of them.

This is not to say the atavistic distrust and fear of people not white and people not middle class in money and property does not exist. Its core is something inexplicable: I saw it in my mother.  Anyone not Jewish she was not truly comfortable with; she regarded them as "other," and kept an emotional distance and didn't identify with a non-Jew, didn't trust a non-Jew, regarded them as somehow inferior to Jews.

I don't understand the hatred nor the intense anger -- it is very unfortunate this murder of a British MP by an Islamic "extremist."  Murders probably occur  everyday of the week but people pay attention to this.  A long story -- only took 3 days at most -- but I got myself in trouble on listserv and when I realized what was happening got off immediately.

It happened partly on  the neighborhood listserv -- which I know is monitored by local police (as I've seen occasional emails by one of them sounding official and answering what he or his group thought somehow threatening or whatever). A young Black man was coming through the neighborhood offering his and his companies services for fixing houses; he came to my door but I don't need the service, haven't got the money for what he proposed.  Well on the listserv someone announced she had called the cops to watch out for him; all praised this and gave little comments to add up to suspicion. No one mentioned he was Black.  I did write and say he was fine and no one was mentioning he was Black.  No they should not call police.  Not long after angry emails on list; I'm the racist because I mention he's Black; one person on the list supports me and two off list to me but too cowardly to be onlist. In my last I said I had written what I did because I feared that we'd end with bodies on our sidewalks and I couldn't reconcile with my conscience to say nothing.

I got a few astonishing emails off list. One person incensed I have a sign that is pro-Terry.  You think you are something with your sign.  It's blue.  This year for the first time since before 2016 there are red GOP signs for the Republican candidates. W/o Trump there explicitly they have returned to shamelessness again -- for their candidate makes racist buzz words, anti-immigrant buzz words, says he will supoprt Trump.

The seething resentment of these white upper class types that I felt when I pointed out what I did astounded me. I think I have said that I fear the Va election will produce a Republican governor and in my (this same wealthy mostly white neighborhood)  One white man married to a Black woman became livid.  Any way I got off it was 2 days ago and I'm talking about maybe 6 mails altogether but this eruption is the same thing as the intense attention to this murder.  I must stay away as I have no understanding of these people.   The neighborhood list was useful for learning about neighborhood stuff.  I'll live without this information.
Why police kill Black young men with impunity

I could tell other incidents about these people calling cops when Black people who don't live here are seen in the neighborhood  -- many years ago another I got involved in where I was shocked again at this super-rich white women calling cops on a few Black children.  Yes these children from two blocks away and down a hill, an old-fashioned welfare kind of project came to the blocks and in no time saw in Izzy someone to bully.  I came out, shooed them away, before 2 hours had gone by the police were here.  The result was Izzy never rode her bike again.  The children were bullies; this happened to Izzy periodically as a child (she is small and also has a deformed hand) and a couple of times it was Black children, and again a fuss -- once Principal who was Black phoned me and threatened to sully my reputation if I complained -- . Nowadays we do have Black people living here, but only a few. 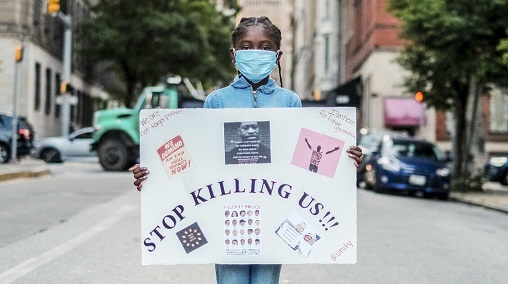 The GOP take over of the US was prepared for 25 years by wealthy people taking over courts, and state governments slowly; but it is fueled by racism, blind hatred of immigrants who are seen as somehow criminal.  One reason Thao, my young 37 year old friend, with a Ph.d in a medical specialiy was not able to get s good paying job in Canada is she is female Asian -- much prejudice against the two together even in Canada.(All the horrrible disabilites and complete lack of ability for women in law before say 1870 in Europe which is laid out by proto-feminists like Francis Power Cobb are stil in place around the world in the middle east and other countries whose primary religion is Islam.)

Infrastructure and all general social benefits are bad-mouthed as socialism and these GOP people will suppress the vote to stop all change that threatens their neighborhoods as they see this.  A young Black man coming to the neighborhood to try to sell his house-fixing company had better stay away.

So what prompted this?  the infrastructure dreamed of by Biden and progressives and a few centrists is not going to happen; instead the US democracy will be hollowed to become anything but.