And loving the books all over again. For the more impersonal reasons I'm doing this, see Ellen and Jim have a blog two.

Today I realize the first thing most people would have done would be to explore what are the living Graham people, estate, executors, websites. I was at first astonished to discover that is most people's reaction. The first thing they want to do is get in touch with someone. I was floored. It was the last thing I'd want to do. Jim did not stop me from reading the Graham books and getting intensely involved with the Poldark historical novels and the one film adaptation by the BCC. But when he saw I did have a desire to "spread" the word, to try to teach them, to write papers on them, he told me I should not. I would meet only rebuffs, incomprehension and ridicule. And indeed how many times I've heard they are "out-of-date," "obsolete," at the OLLI at AU, who has heard of these? I discovered far fewer people there watch PBS than I thought, and certainly few remember as having any significance what they saw in the 1970s.

I'm thinking that perhaps were it now that I started to read these books I might not have carried on.  I am wondering if we experience reading differently today.  Were we better off when we could not so quickly tell others about the books we are reading, find views of others, reach sites about authors and films.

In 2008 or 2009 when the Net had already spread and many fandoms too and when I first began to read these books the last thought in my mind would have been to contact the estate of Graham or someone empowered to allow or encourage publications and new books. I looked upon what I was in the same way when I embarked on Vittoria Colonna.  I feared contact would bring me hostility: I'd be laughed at as a nobody who barely knows Italian, had never been to Italy; I've been asked why I did it with the corollary question, You are not religious at all?  So to be able to do what I wanted I did not allow my desire to be contingent on any acceptance by anyone else. If I said my goal was a publication of my translations, that would have stopped me there. And in later years boy did I experience an ugly incident when I was introduced to an editor of the Chicago University Press subset of books which publishes early modern womens's texts (I was handed over to some who already "had" Gambara but no translations; her first rebarbative comment was, You've never been to Brescia?!). I did agree with Jim to put my work on the Net, and in later years was tempted to email letters asking if anyone was interested. I did get some interest in Gambara, but found I could not shape what I was doing to their (to me rigid) requirements. He was wrong when he said the woman poet who would get the least attention was Anne Finch, Lady Winchilsea, but then he didn't take into account I'm an 18th century scholar and never foresaw I'd go to conferences.

I may find my course at OLLI at AU flunks. So I won't be able to do it again. But if it passes muster, I'll be satisfied. I'm all alone now, no one to validate these thoughts. Jim was with me as long as I didn't try to "spread any words." He knew I'd not fit into this Poldark website I once joined (where people escape accountability by pseudonyms), laughed at this fan group club's materials worshipping the film stars (he expected this he said). Maybe my problem is I should be truer to him. Hard to do now he's not here. He would have been against this volunteering: I would not have done it were he here.  I'd have had him to be with. But he did say it was fine to make the two pages on my website: for readings of Graham's writings and the films and for lists of books for others.

But I do think for others the experience of a first reading of a book will change because of this Internet as well as how the book does in the marketplace. 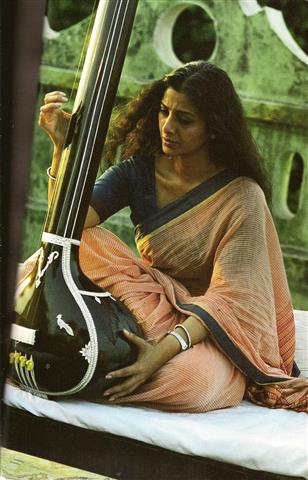 My new gravatar -- Tabu as Ashimar in Namesake, just above. How I've learned to love much in Lahiri's fiction . So I've changed my profile picture.