How white is the morning light when I wake.

Today a hard day. I had three teeth extracted around 11 am:  it was not as painful or bloody as one might expect, but it left me shaking and I have not been able to bite down properly, not bite down at all until an hour ago. I have to keep the denture on for 27 hours straight in order for the jaw to form right with the denture so tonight I'll take a very strong sleeping pill. I can't have any wine so nothing to help me relax until then.

I wish there were no such things as Teeth in the World; they
are nothing but plagues to one, and I dare say that People
might easily invent something to eat with instead of them.
---Jane Austen, Catherine, or the Bower


... being convinced upon examination that much of the evil lay in her gum, I persuaded her to attack the disorder there. She has accordingly had three teeth drawn, and is decidedly better, but her nerves are a great deal derranged
-- Jane Austen, Sanditon

It's been like in little my repeating in infinitely milder form what Jim knew last year. I thought when I came home alone to no one that I was going to cry for Jim's death; I've hardly ever done that, just sudden hysterical outbursts. But no, the crying just does not come.

I then realized it's May 26; when I was 12 an event happened to me in public which I've never forgotten, I've never quite been able to tell anyone; it has shaped my whole existence ever after. This loss of my last teeth on my top jaw was a quieter loss and will no specific results beyond what it occasions to my looks, sense of my appearance, and eating.

One of my listservs has gone mostly silent (Eighteenth Century Worlds) for some time, and the other the last couple of days (WWTA), much of it my fault. I've very poor social skills.  Plus feminism is a fraught a topic as racism. Women differ intensely about what aspect of feminism they care about.  There is no fan group for the 18th century but there is for Trollope and 19th century novels still (Trollope19thCStudies).

I have gone now once to Wolf Trap (for Prairie Home Companion which was uplifting, consoling, amusing, made me feel better because of Keillor's monologues) and have made a plan with a friend to go to Wolf Trap twice more this summer, and with Izzy to go once. Meme to self: must somehow get an E-Z pass.

I was to go out with another friend yesterday but she begged off and then we said today, but I was not in a state to do it. I have to hold onto the bannisters when I am going down the stairs. Probably I should not drive to the Metro even. We were going to go to Politics and Prose to hear Ralph Nader. I did fear a crowd. I told myself the next time she proposes this place I will try to drive us there: it is so hot out now and it's a 2 and 1/2 hour trip with 20 minute walk each way by train; less than 40 minutes by car. I must just try to find parking. I know my garmin and the Map Quest site will get me there. I hope I made up for not coming out and in effect being counted as a supporter by donating another $50 to Bernie Sanders; that's the second $50 since he announced his campaign for the presidency.

I am doing the reading I said I needed to: Trollope's Australia and New Zealand and for the coming Tom Jones course a full frank biography of Fielding by Douglas Thomas. This evening I will watch the 2nd episode of the 1975 and 2015 Poldarks. I am thinking of putting in a proposal for a paper on them for the coming ASECS. I find such relief and absorption in watching these extraordinary mini-series and recently re-absorbed by the Renaissance, Renaissance women, politics, historical fiction and Hilary Mantel.

Writing here right now is a substitute for friends and gives me some release as I wait for the blood to stop washing down these dentures. I feel bad that I was not sufficiently compassionate when Jim would sit down to eat after he had that operation to remove his esophagus and pull his stomach up to where the esophagus was and re-arrange the other organs. It was only gradually he began to tell me about how uncomfortable and bad was eating now. He began to lose his voice. This before the cancer spread to his liver. 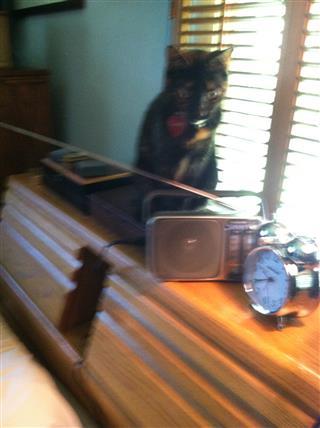 I am in for a long haul. I'm told that in a given pair of people the husband far more commonly than the wife dies 11-14 years before her. So I've 12 years to go.