Bernie Sanders at Wisconsin igniting crowd on what is extremism.

I used LiveJournal in 2008 and again in 2012 to post comments and reactions and information about the presidential campaigns.I mean to do so here again. I am supporting (have sent money) and will vote for Sanders for the presidential primary if he is on the Virginia ballot and will vote for him if he should be the democratic candidate; if he does not manage this, I will vote for Hillary Clinton in the presidential campaign if she is the candidate, but I would prefer Bernie Sanders. I'd like to see Elizabeth Warren run in 2020 if one of the Republican crooks wins. Read Chris Lehmann's account of their corrupt financing, what truly semi-criminal their behavior has been in the past (from the LRB for June 18, 2015)

Tonight I want to record that at long last I have come across someone who wants to make central to the coming campaign as an igniting issue the horrific increase in the percentage of people dying and suffering unspeakably from cancer and the treatments physicians subject their patients to painful operations, maiming and mutiliation for the rest of what life they get, nauseating life-threatening chemotherapy which may have an adverse reaction as the doctor has no idea if it will produce a yet worse reaction or no,

Ralph Nader in the Progressive Populist (July 1-15, 2015, p 19) writing an open letter-column to Bernie Sanders and his team and followers: after saying Sanders "must take on Hillary's" positions, Nader outlined what Sanders needs especially to give visibility to:

a. Occupational trauma (terrible work conditions, low pay, no benefits)'
b. Disease (from working conditions or where the person lives or what they eat)

Sanders, Nader says, stands for and presents a national program to renovate and expand the US public facilities and services and infrasstructure; globalization didn't just happen, it was the result of corporations moving jobs overseas where they get workers so cheaply, not to omit natural resources of those countries relatively inexpensively; breaking up the big banks the US taxpayer bailed out (and their investors); he is against the TTP with its secret circumvention rules and destruction of Net Neutrality; the regressive tax system. On Sanders's record crowd in Wisconsin today.

Nader wants Sanders to add to his agenda Nos 1-3. Me too. 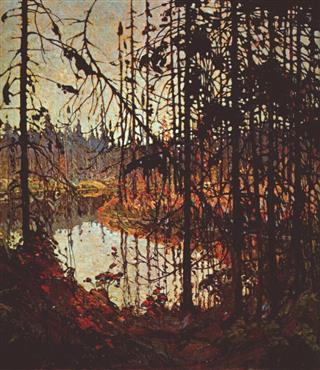 Here is James Earl Jones reading Frederick Douglass's speech: what to the slave is the 4th of July

Nader does not mention race specifically, and I read that Sanders avoids this as a central concern. Sanders must bring it in. It is the idea that welfare, social programs, social services, gov't jobs go to African-Americans that is the stalking horse for destroying these essential pillars of middle class life for us all.

The dominant narrative in the media right now is deeply anti-racist but there is another narrative going on and (unlike say what the federal gov't might do against say environmentalist demonstrations, socialist wouldn't dare), it seems little is being done. What reports are there? where?

If the confederate flag did not stand for violent racism (domestic terrorism) why do the Ku Klux Klan to demonstrate their liberty need to be masked: I presume I don't have to translate this: the 18th there is going to be a demonstration by these people. The supreme court has redefined bigotry as religious liberty; money as speech ...

The count of black churches in several states being burnt down goes up each day.