As everyone in the US knows who pays any attention to public news, there has been another massacre of people -- again someone or persons open fire with assault weapons and fresh rounds of bullets. This time it was a center for disabled people. Last week it was Planned Parenthood clinic. I omit an attack on a woman's health clinic, the gun shootings inbetween: the police officers killing black people with the excuse they are afraid the black person has a gun or the lie he or she has (no matter how young); violence within families. I begin to think when will I be in a public place when someone stands up and starts killing? I go to the movies. I go to a Jewish Community Center for exercise; take Yvette there for a social club of young adults that means a lot to her.

Even the New York Times has weighed in super-soberly: 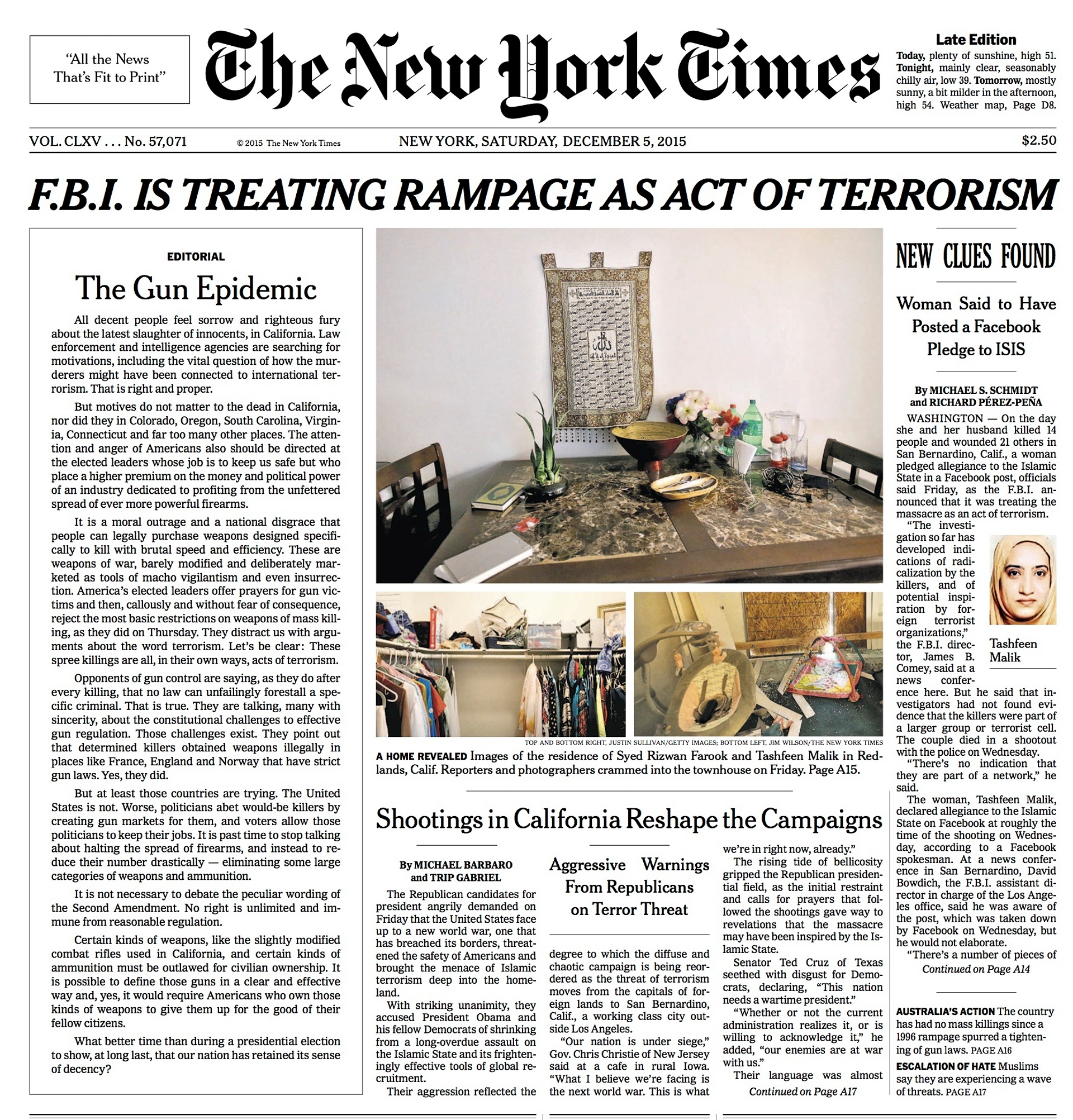 People know what needs to be done; they know the 2nd amendment of the constitution was not intended to give individuals the unrestricted right to carry deadly weapons. It's easy to find blogs and essays outlining the method. A majority of US people intensely want gun and bullet control. So why don't we have it?

Congress. What is cited is the NRA and fear of a maddened vocal minority in elections. This is not credible at this point. Indifference is the reality. They do not themselves feel personally threatened. I'm told that the security arrangements at the Congress are as fierce as those surrounding the Pentagon. For decades congress had a beautiful health care plan and would do nothing to help millions without health care, in debt from trying to obtain health care; now that the Affordable Health Care Act is being slowly shredded they do nothing. The impoverished state of a huge number of Americans doesn't touch this majority in congress. No US banker from the companies who fleeced the system and caused the 2008 depression goes to jail. They do not regard education as the human right it ought to be, but are allowing the public school system to be destroyed, and the universities to be ways the banks can put huge numbers of people into permanent debt. Public news media are owned by corporations.

What is needed is sweeping change in elections so that the majority of American's vote can count again. What is needed is the power to vote those large numbers of congressmen who have done nothing or voted against gun control out. Polls show Bernie Sanders to be the most electable of all the candidates, but he won't win the nomination and the way the states are gerrymandered and the way public discourse is couched, gets to most people, he probably would not win. We don't need to save Democracy from the billionaire class; we need to re-install it as we have been successfully slowly destroyed, undermined, outright (nowadays) attacked by a war of the very wealthy against the middle and working classes of the US since the 1970s.