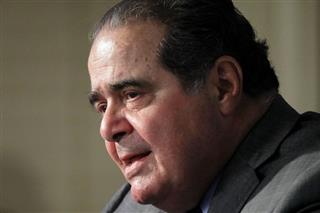 But there was a problem with my blog: I didn't go back far enough, didn't go over some more fundamental causes: it's step by step such things come about until we have a large number of state legislatures filled with representatives of the radical right. It's a process.  Here I epitomize this with Flint Michigan, Governor Synder, Antonin Scalia, and the Koch brothers.

So this blog has three parts: the first on Synder's latest move. Each of these moves destroys democracy and good gov't for people; the second on Scalia's decisions; the third a link to Bill McKibben's review of Jane Mayer's book exposing the Koch brothers and others new attempt to rebrand themselves, use places they are philanthropic in to make their deeply harmful policies and lobby and funding efforts look more mixed..

1) Governor Snyder not content with replacing democratically elected local boards to do public work with appointed officials (ones he appoints, accountable to no one but him and their friends and funders), is now going to get rid of the rules for civil servants to work by: this is dubbed

He is simply throwing out over a hundred years of progress and decent government by abrogating the rules for hiring someone for a gov't job. No more uniform application form. No more uniform criteria. And if you hired, no more uniform steps by which you can be promoted and then gain a measure of security for work performed well and seen to be so by a group of people over a period of time. A uncontrolled patronage system.

Gone are objective Civil Service examinations; instead, as of July, hiring for state jobs will be based on résumés and the impressions they leave on administrators perusing them. Gone, too, is seniority as a bulwark for job protection; administrators will now be able to do layoffs based on subjective evaluations of a worker’s job performance.

He gets away with it because the local state legislature is republican. It's republican because huge amounts of misinformation and misleading propaganda filled the public media. Campaigns are run by people who give huge sums of money to the officials in order that they follow the interest of the wealthy.  People who lose their jobs blame blacks and are told black people are living off them, so they voted base on race, religion (what they turn to to control others and try to understand this world) and the sludge of propaganda that is incessant against workers and unions and any gov't employee. At one time the rhetoric to do this had to be more subtle (about flexibility); now there is almost no pretense. Come and get your friend and client a job.
Now these people often will be ignorant and they will be asked to make serious decisions concerning the needs of Michigan people. What basis do you think they will make them on? The same that the appointed man made for the Flint, Michigan people. He wanted to privatize the water. Synder had just cut the taxes of the very wealthy and wanted to "save" money as suddenly the state government didn't have enough. 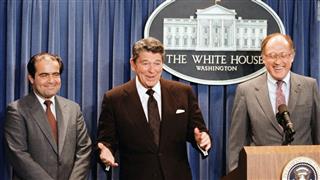 2) Behind this are a long series of deeply anti-democratic decisions which Scalia has consistently voted for. We are told he was an "originalist" with the implication he voted his conscience. If you look at his record, what you see is he was an originist when the result would be for the wealthy, powerful, to restrict individual rights. to make religion more powerful. He is on record as being against having senators elected.  I remember when he and his majority refused to have the Florda vote recounted: by doing so they made Bush president. It was Bush who pushed the US into war in Iraq, and it's suggested by some it was Bush who ignored signals that a terrorist attack was about to happen.

When a man spends his life making decisions that are mostly deeply harmful to millions of people, when he does bad acts, is he not a bad man?

If you want to see his record, you can on various places on the Net: this page brings it all together:

A few: the worst was Citizens united where he led the court in saying that money = free speech; he and his majority gutted the civil rights act which increased voting for minority people enormously and we are now seeing as much barriers set up as can be in some states against poor and elderly and minority people (who often don't have picture IDs) voting. On a different plane was the one on Hobby Lobby where bigotry (where a company can disobey a law if the people in it have a religious objection to how the law works out for their employees) is now religious liberty.

I've noticed that those who joined in on the orgy of praise, the political funeral (since the Kennedy assassination the US puts on large funerals which are political in meaning) after presenting the man as having integrity and acting out of conscience, intelligence (brilliance is the word) and changing people's ways of regarding the constitution (it's said) the go about to find the rare decision on the side of individual liberty or rights, or public need (gov't by the people for the people). Or they go on about how Justice Ginsburg and he were these great friends, and we see photos of her looking ever so friendly at him.

What they don't say is the nature of his life -- its luxuries -- how he spent his time shows he was continually rewarded by the 1%. How did he die? Mark Berman of in The Washington Post, on Feb 19, 2005, p 2A, reported that Scalia was staying at at Texas resort in a 1100 square foot $700 a night room, overlooking a lake.There to hunt (kill) animals. He was not paying for this; the place was billed as the home of John B. Poindexter, a fabulously wealthy Texas. He and 25 other friends were staying there together for free.

The supreme court allows its justices to accept payments, reimbursements, gifts as long as they don't have a case in the court at the time. They tell the number of trips, but not the money they take in (in effect). Scalia was the most prolific traveler in the supreme court since 2011. It's in this style of life that he received his rewards. Also the prestige, the super-respect he was given, the enjoyment he got out of writing scathing decisions when he lost or just to deride a justice he despised (Sandra O'Connor).

See what some Georgetown faculty and students have to say:

He bullied lawyers, trafficked in personal humiliation of advocates, and openly sided with the party of intolerance in the ‘culture wars’ he often invoked.

The kinds of typical decisions he made are represented here: they allow for people like Snyder behaving the way he does which lead to poisoned water, privatizing of schools, refusing to improve public transportation, gerrymandering elections, a military oligarchy. 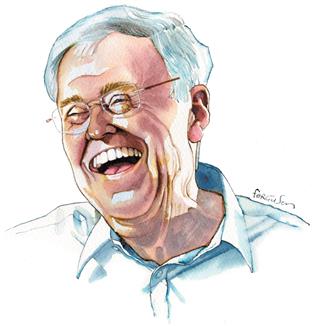 Here it's worth describing and quoting from Mayer's essay in The New Yorker for January 25, 2016: "New Koch" (36ff): She opens with a story of how when one of these fierce anti-workers Republican governors was phoned by someone pretending to be Koch, the man often so arrogant, hard, mean, caustic, was embarrassingly sycophantic. She quotes Arthur Brooks, the president of the American Enterprise Institute (reactionary think-tank) who has long been close with the Koch brothers and gotten money from and supported organizations like theirs: he tells his audience that for "Americans almost universally believed that fairness matters," and then goes on to say "I know it makes you sick to think of that word fairness." (This is the kind of talk that Romney was taped by a waiter saying and cost him the election.) They are nauseated by the very concept of fairness.

First Governor Synder made it possible to put incompetant corrupt people into significant jobs and thus destroy gov't agencies.  It's Scalia who made billionaire contributions undisclosed possible to put such people in office. Among the most powerful and active of these have been the Koch brothers.