I'll make this my last blog on Trump. As Oliver rightly says, talk about Trump is fuel for him, further advertisement, nothing you can say deters his supporters; nothing he says deters them. 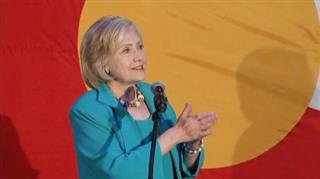 So a summary of what I've read recently, and thought about it, and two proposals: probably the accurate term for this man is meglomaniac, someone obsessed with his own power and exhibiting symptoms of this continually.

I read online in the Washington Post that a supporter to for Donald Trump labelled him with satisfaction "a tameable Hitler."  (Before 1931-33 it was thought Hitler was controllable too.) People have written or recognized there's been a visceral intense refusal to recognize a black man as legimitimately president and the surge for a white man is a reaction. This virulent racism is put down to unfocused ignorant anger and the sheer increase in numbers of non-white people on top of immiseration. The Southern Poverty Law Center has published an essay on hate and extremism in the American population.  People have shown his positions to be fascist; he is looking to be a strongman and this is admired and prompts vicarious identification. People are attracted to power and most people seeking power inflict it on others; the result harm if the desire for power is to exercise it (evil in movies). He can say anything and does -- endorse whatever viciousness he wants to in any direction. He simply threw out 30 black people from a rally theother day and when they protested taunted them with, "are you Mexicans?"  He says he admires the Chinese for their brutal putdown of any rebellion; he admires Putin.  He is consistent in his strongman indifferent to law and rule approach, and virulent anti-immigrant talk and harsh proposals and racism.  This is indeed reminiscent of the German dictator. (A German friend of mine in her sixties confirmed that the parallel is chilling.)

Another perspective combines violence with intolerant religion. Violence in American life is has even been so close to the surface; now that guns have spread murders are committed daily, small massacres as opposed to the large ones. rom the time of the foundation of this country, early in the 19th century an invasion of Canada, slavery, the repression of all workers' parties in the later 19th and early 20th century; the FBI, and in the second half of the century imperialism everywhere. On PBS it was reported by Srinivasan that the conversations on line across the south during primary day were about Christianity. About religion. The US constitution may have been written by enlightenment bourgeois types, but it was also formed by Protestant Christian groups who were and still are intolerant. Studies show large proportions of people still believe in the supernatural (includes ghosts and who knows? superstitions about people hurting one from afar).  It's said this part of the Republican electorate are angry at the Republican establishment for not keeping their promises to put all non-whites down, remove all gov't programs for anyone unlike them, for not eliminating abortion, for not enforcing rigid traditional values. The Hobby Lobby case and decision came from and pleased them. Now bigotry (a company need not follow the law to provide health care for someone who is doing something against their religous views) is religious liberty.

Michael Moore is among those who point to values. Trump endorses sheer violence and values of popular American culture: say American Sniper. Punish people. Imprison them. Execute the families of terrorists. He openly mocks the disabled. He is misogynistic in his talk. It's said his supporters enjoy his language. "He tells the truth like it is." He will disobey, not pay attention to the constitution or custom as unimportant. Read Juan Cole in Bill Moyers' Journal.

Then on Super Tuesday we saw that Trump's support among those voting for him comes from all sectors of the US population. Rich and middling whites as well as poor, women and men. People who had stopped voting are turning out for him.  Independents. Probably ex-democrats for this election (who voted for Reagan). Trump has no set of positions that are coherent -- he'll come out for single-pay health care, He will declare he'll invade Iran or Iraq and "taking their oil" one day ;the next,  the 9/11 war in Iraq was a mistake -- because he wants to show Jeb Bush's brother was a fool. That's why it's hard for me to accept Edsall's reasoned explanation in the New york Times that the long term cause is a culmination of the immiseration of large segments of the American population: Why Trump Now.

When you can come up with so many explanations for something, that's a sign you haven't explained it. I think it might be important to pull it altogether and simply recognize Trump is an American phenomenon -- he fits in with the group of people who took over in Oregon; he resembles them. Consistently over decades some 38-39% of the American population has voted for liberal democratic views, for McGovern, and now for Hillary Clinton and Bernie Sanders. But another huge percentage identifies with Trump; Trump is them: new stories in foreign newspapers say European countries see rightly that precisely this man is an American type. Read Richard Cohen (NYTImes) on Trump's Il Duce Routines. Another article by Edsall seems to suggest he puts together a number of forces in the American grain (purity, disgust, and violence). In the 1930s a wildly popular radio host was one Father MacLaughlin. For my part I see they are overlooking the obvious here too: his life is one long spree of meglomania.

Why is it important to see this? If we are lucky and he loses the general election and as democratic nominee Hillary Clinton wins (Sanders is much less likely to win the democratic nomination), one must fend off the rise of another man like this and the arousal of this part of the American population in response. Robert Reich says what we need are social programs, services, jobs, good schools -- yes let's do that -- but look who''s voting for Trump and why they say they are voting. What they say is important.

It's sounds laughably feeble but campaign finance reform is how to do it. And it is doable. Clinton needs to nominate a decent justice to the supreme court, and Citizens United needs to be overturned. Money is not free speech, not just transparency about who spends what, but limitations on how much can be spent, so that such a man would not be able to arouse people. Bernie Sanders is right to harp on this issue. It is central to Trump's ability to reach people.

The other side is TV news media. MainstreamTV  news is awful; it is not news, it's propaganda. Many smaller newspapers are versions of this. Fox TV especially paved a path, created an atmosphere and then provided a platform for this man and his values. I refer readers to Byran Alexander's analysis of three news stories: the disaster of TV news. A kind of penny dreadful says Alexander: "the now-classic, even cliched assemblage of horror, fear, and panic.  Trump, war, murder, economic warning, murder, danger, sports, plague." News stories which stigmatize people, endless distortion and sheer lies. There needs to be a return to some version and control in the FCC. Trump has said he will go after all those journalists who were negative towards him. He has threatened to curtail the Internet and made remarks about what he'll do that will chill free speech. Maybe he'll move aggressively.

At a rally before Primary Tuesday a camera caught on of Trump's paid policeman kicking a journalist in the back and then on the floor -- the man could have been permanently injured in his neck -- in order to stop him taking pictures, to throw him out. This is a matter of values and to control the present "public" (but privately owned) media is anti-capitalist. So perhaps as unlikely in the present climate as fundamental research on cancer and an attempt to make companies stop polluting our air, water, food with carcinogens. But it is what's needed.  Not enough people are willing to read the World Wide Web where there is good news. It's said over and over the news programs made Trump the front-runner. He made himself the front runner; but they gave him a platform and framed encouragement, admiration.

If Hillary Clinton wins and the first were accomplished, and some version of the second, then this phenomenon would be much less likely.  Safeguards are common in state policies.

Now it may be too late; it may be the barn door has been opened and the horse run wildly out -- untameably. But if in the general election, this man loses and then some important acts are passed, agencies are rejuvenated, public media supported (journalists are killed daily, put in prisons, tortured, and by the US gov't too against whistleblowers) and TV media relabelled entertainment or propaganda or reformed, it would help prevent this from happening again.

Never mind how it came to be, not that it's unimportant:  recall the Conradian Heart of Darkness. This darkness has emerged before: witch trials in Europe and the US too; European dictators in the 1930s; and today more dictators -- ISIS, Assad. Now it's noisy vulgar rallies. We've seen huge rallies before too -- in 1930s Germany. Maybe it's common. Think of businessmen colonialist practices in the Congo. Trump fits there.

Let us hope we have an afterward. It will not be easy for Hillary to win because she's a woman and because that this man is so dangerous does not seem to bother his supporters. Here he terrifies me: he does not understand our nuclear arsenal -- his eyes glazed over like a student who has not done his homework when asked about it and he mumbled vaguely how important he thinks our nuclear so-and-so. By contrast, Marco Rubio quickly showed he knew the system, understood the controversies about its obsolence and whether it should be updated.

Again the ever reasonable (believing, secure in his view of the world) Robert Reich worried on democracynow.org whether our other institutions and agencies and gov't departments are "robust enough" to withstand Trump as president. Already we have heard on TV someone who was high in the Defense Department (retired, honorable) saying that the military could refuse to obey an order if it goes against understood central international law. If Trump ordered military to shoot down citizens in the streets, we might hope that the Joint Chiefs of Staff or whoeve was ordered to give an order might balk. But what about more ambiguous occasions? What individual dares counter-order a president the the US?

I can't concluding on the step to come -- the general election -- by warning that Trump will be vile against Hillary Clinton. He has already in public managed to refer to her vagina by talking of how she went to urinate when she was on stage: disgusting he said. But we have not begun to see what levels his misogynistic & venomous language and meglomania can make him reach.