Make no mistake about this, folks, Trumps' reneging on the deal to sign the budget agreement shortly before Christmas is an intuitive scheme for firing 400,000 people and getting 400,000 more to work for nothing in the hope someday they may get paid. The "smoking gun:" his stealth executive order to freeze all federal workers salaries -- to balance the budget. In the interest of "fiscal responsibility." It would be hilarious were he not not (in effect) a semi-dictator.

Do not forget all cleaning people, food staff and many IT people are contractors dependent on these "inessential" agencies. The only glitch in the machinery is the Homeland Security is not funded. Remember how this [unspeakable name] ridiculed the woman running it; but ICE people are paid through this. Don't count on the shutdown of the Justice department, for that too is partial. Cunningly, he grasped that the congress's attempt to make these shutdowns less painful was an open for him to seize upon

You heard it here: the partial shutdown is a scheme for eliminating the salaries for one-quarter of the federal workforce. 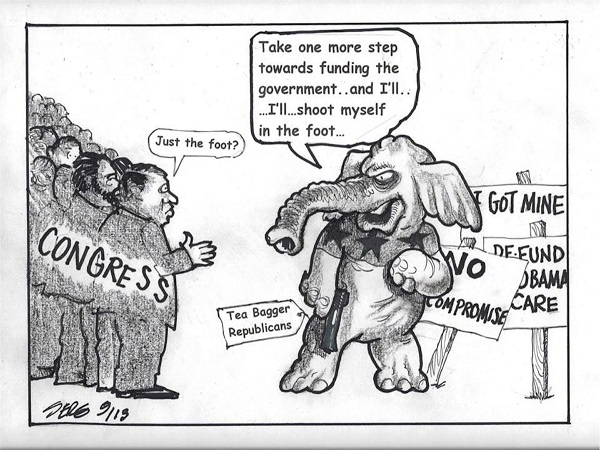 How does he do it? It's the instincts of a con-man who seizes opportunity after opportunity. He cares nothing for law - he hates law. I think we need to rid our minds of previous horror fascists (say like Hitler) and realize this one works very differently.
Collapse