I suppose events have gone well beyond what I thought the two most important articles of this week as of Friday afternoon, when I first planned to write this blog. First, I felt I had to write up a development out of my proposal to JASNA for a coming conference on Austen's History of England ("Hardly any women at all:" Jane Austen's inclusions of women in her History of England) in my Austen reveries blog; and then it took me until this morning (Sunday) to finish the Roy essay in The Nation (2/17/2020):  "India: Portents of an Ending," pp 12-23 in the paper edition (it's online too).

As anyone who reads almost anything or watches TV knows, Trump had his henchmen in drones murder a gov't military commander Maj Gen Qassem Suleimanni, and at least four other men with him (a son-in-law was one), the second (it's said) most powerful secular figure in Iran, a kind of equivalent head of the Iranian FBI and CIA together. He is pictured as a evil man, dangerous, but remember that the FBI destroyed the African-American movement of the 1970s and many another socially progressive movement in the US, not to omit help overthrow the one social democratic elected gov't in Iran in 1954, and in Chile and many other countries where millions have died and broken and corrupt and theocratic states have emerged. This not in Iran - we are not at war with Iran. No one has declared war in Iran, by law the congress is supposed to approve of any approval of war for the US -- American citizens are in this way consulted and asked for approval before their lives and country are risked. In a third country, Iraq, whose leaders have now understandably demanded that the US get out (as of the last time I read -- about 2 hours ago). Not just a third country, but an international airport. This is just what terrorists do. There had been no provocation by Suleimanni -- no proof of any plans immediate or concrete to attack anyone connected to US interests. He has been the forefront of fighting ISIS. Now Trump is tweeting he has the right to just hit 52 places in Iran (some cultural centers) if Iran or anyone attempts any kind of retaliation on US property where wealth and assets are at stake.  In other words, he says he can govern by tweet and destroy Iran without consulting anyone but those he feels like talking to.

Nonetheless, I shall go ahead with my choice because both essays bear upon what has just happened. In the New York Review of Books, Noah Feldman, Felix Frankfurter Professor of Law at Harvard, columnist at Bloomberg opinions, author of good scholarly political histories of the US, nowadays with a podcast, "Deep Background," argues that in law or de lege Trump is not above any law even while President, that he can be impeached, then indited and then throw out of office for breaking laws. but what is happening is de facto, and especially if once Pelosi sends over her very narrowly conceived impeachment papers, the senate refuses to act as a court of law and conduct a fair and just trial, but instead becomes a rubber stamp for Trump and the presidency, Trump will be in effect above the law. He will conceive that he is; Feldman shows the case the House of Representatives made is remarkably strong and suggests too that other charges could have been made and shown to be substantiated. He is making money off the presidency; Mueller's report should have been used to show other obstructions of justice and corrupt uses of power. Feldman is very lucid and (before this sudden assault on Iran -- murdering a high official of state in another state is an act of war) worrying.

Is Trump above the Law? 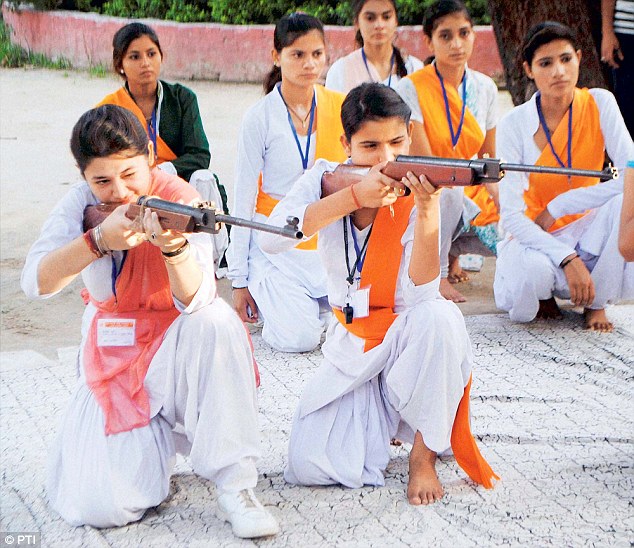 The other article brings before us a complicated but slowly horrifying history of India beginning more or less with the coming to power of Modi and the RSS, an Indian right-wing, Hindu nationalist, paramilitary volunteer organisation that is widely regarded as the parent organisation of the ruling party of India, the Bharatiya Janata Party (BJP).  It is a super-powerful group of organizations which seek to make India into Hindu state and marginalize and basically deprive of all citizen rights the Muslim population of the country; more Modi is setting up an absolute and ferociously injust dictatorship. What are the significant outstanding events (eg., the invasion of Kashmir nand Jammu, abrogation of all rights and treaties, dissolving the state, shutting down of media, throwing thousands of people in prison - middle class professional people), what the instruments being used (a National Registry imposed on everyone), and how did this come about? she tells at length the history of Assam, a border state with a history of "multiple sovereignities, wars, shifting borders and colonialist imposed govt's, centuries of migration, with but 70 years of electoral democracy."  What is chilling is to learn that the attitude of the many different peoples in this area has evolved to a kind of paranoia, where each group fearfully and narrowly looks out for itself, fears others different from them -- all of them in the worst kinds of conditions, a people within a gov't, which regards them hostilely and who themselves are powerless against that gov't. In terms of the terrible destinies and conditions of so many people there, the recent stadium celebration in Houston, Texas, with Trump holding Modi's hand, a congratulating extravaganza becomes one of the more obscene spectacles this year. (There are nowadays many such spectacles under Trump). Lynching, beatings, burning down of mosques which courts approve of, egregious injustices are the order of the day anywhere in the vastness of India. Take the time and read her: she is a poor novelist, but a fine journalist:

India: Portents of an Ending

I want to end on a third essay. In an interesting blog by Diane Reynolds, ON Woolf, Cruelty,  Kindness and Self-Righteousness, she points to another more philosophical, cultural essay about the "culture of cruelty" for several decades now being pushed by groups of US people.  Adam Serwer The Atlantic:  the culture of cruelty is the point.

What I deplore is the contempt and dismissal of sympathy that I've seen in American culture. I have read students in papers quite explicitly condemning any judgement of a case or person which brings into play sympathy.  They have not read Blackstone who very early on says that central to equity and good judgement of a case is empathy. I take this line of thought to be part of what we've inherited (and some of this is quite knowing propaganda) from HUAC and all the determined repression of any pro-social thought or general socially progressive scenes in movies. For this reason alone Gertwig's Little Women was so refreshing.

Of course to cut to motives of these groups who support religious fanaticism, the underlying idea is to forward imperialistic capitalism and making a few groups in the world very wealthy; cruelty, anti-social behavior is part of the ideology (unfunny joke alert).  The PM of Australia would rather see huge swatches of Australia where people live, cities, burn down, thousands and thousands of animals maimed, burnt to death, 1000s of thousands of people displaced, many killed, loss of all property rather than at all curtail the activities of the fossil fuel industry in Australia. He's quite candid about the importance of profits.

Back to the culture of cruelty in our era, according to Kathryn Temple who wrote a fine book on Blackstone, Blackstone did not argue that sentiment and sympathy should be allowed to "temper rationality" -- but that objectivity is impossible and that sympathy (emotional empathy, sentiment, understanding, even identificaton are fundamental to achieving a just society (justice for any person). 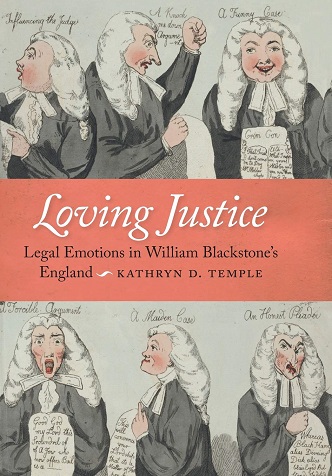 I don't trust to any courts since the Republican party today has been able to flood the judiciary system with judges whose ideas will take us back to the 19th century, depriving women of rights (50% of the population) as far as they can. Don't think passage of the ERA will help us -- it can be turned around to have just the opposite effect, endanger widows' pensions from their deceased husband's years of work, meant to support her as well as him in old age.

Well enough from me for this week.