A couple of weeks ago now The Nation had an extraordinarly insightful informative and humane set of essays in its weekly paper copy. In accordance with my "brief" for this blog, I want to share them here.  I hope you can reach them.

First and foremost, Tariq Ali telling the truth of how and why the US came in inflict six wars, cause millions to be killed, and a terrible suffering of Muslims around the world:  The Foreign Masters' Rage.

Neta Crawford: The Cost of Twenty Years of War

Moustafi Bayoumi: How the War on Terror created Muslim America

Alexander Cockburn (the most eye-opening of them all because recording something so rarely recorded):  Why American Goes to War:  Money drives the US military machine: he also tells of how each individual does what he or she does in the war groups out of self-interest. there is no talk here of ideologies.

Finally, a separate topic but in the same issue

Danielle Carr: a review of Carl Zimmer's A Planet of Viruses  The Politics of Science Writing -- that what is frequently discussed often misses most important issues

None of the above is unfortunately at all obsolete.

From the David Bacon Archive (many photographic essays found in the Progressive Magazine):  now online at Stanford Libraries 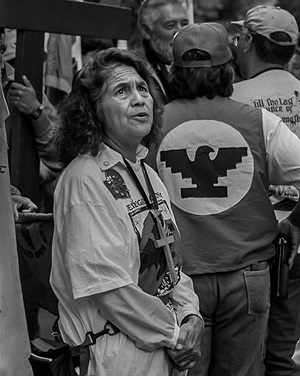