#Happybirthday to President Biden, a very hard working and well meaning highly competent effective politician and good man. I am so relieved he is president. I wake up peacefully knowing the previous man, a ruthless (in all senses of the term) lawless criminal, is gone, no longer worried what bad things are happening, and how they may immediately or eventually hurt me and mine. By contrast, I watch Biden doing a fine job -- nearly phenomenal, considering ... ended a war, now the 2nd of two astoundingly crucial bills for a better future, all his executive orders. I await passage of the John Lewis Voting Rights act.
I trust he will eat a delicious ice cream today. I wish all the best for him and Dr Jill and hope they are POTUS and FLOTUS for a full 8 years.
Here is a photo of him eating his own ice cream -- and holding one for someone else. The photographer caught former president Obama in the background. 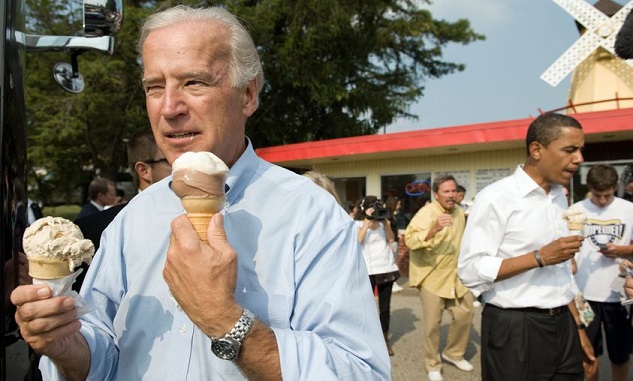 Did you know that one stage in the evolution of the US national holiday called Thanksgiving is the direct result of a few leaders in the North during the civil war wanting to have some celebration to help unite the North in its struggle to get rid of slavery, and keep an union of states where there would be no slavery and not dedicated to keeping a few people enormously rich and powerful. Each time the renewal of the original mythic idea or incident is connected to a version of anti-fascism. I did not know that Lincoln's Gettysburg address was given November 19, 1863, consciously part of this time out. Why don't we know this? the false narrative we have been fed for nearly 20 years, the one the GOP says is toxic; in fact, it's an early rare instance, a chaste or early variant of the US doing truth and reconciliation avante la lettre. Here is Heather Cox Richardson telling you part of this history:

What Izzy and I are doing on this Thanksgiving day? As with Christmas, two Aspergers people, we stick to routines developed naturally and proven to be doable in peace with contentment enough.

So morning, she watches the Macy's Thanksgiving Parade, and I read a book different from the usual connected to various projects. Today it's Sheila Kindred's Jane Austen's Transatlantic Sister: the Life and Letters of Fanny Palmer Austen. Way too pollyanna: two pages where we are told slavery among these people was just fine (!); many where Charles's deadly occupations (fighting fierce wars on the sea, which includes killing at risk of being killed, and the motive for much of what he did was prize money) are given no active political context whatsoever; and many superfluous undocumented assertions about how happy Jane and Cassandra were over this or that that Fanny and her family did. Fanny lived on board with Charles -- at times in effect mortal dangers, sometimes children in two, sometimes farmed out to the Austen or Palmer families, and she died young, partly from endless pregnancies. She lost that plumpness early descriptions of her praise. But Fanny left 12 long letters, which show intelligence, and provide information, are well written, even spelt right, and speaking strictly literally Kindred turns up an enormous amount of information about her life at sea and that of other women married to seaman and about Charles's too.
Early afternoon we go out to a movie and this year it's King Richard, about Venus and Serena's father. Years ago we saw a very good documentary on the Williams' sisters, and we are hoping this one comes near that. In a movie-house, even one which calls itself an art cinema, sports are frequently a focus. Then home againby car while it's still light, I'll put a chicken to roast on, and if weather permits we'll walk. If not, home with evening after dinner free. 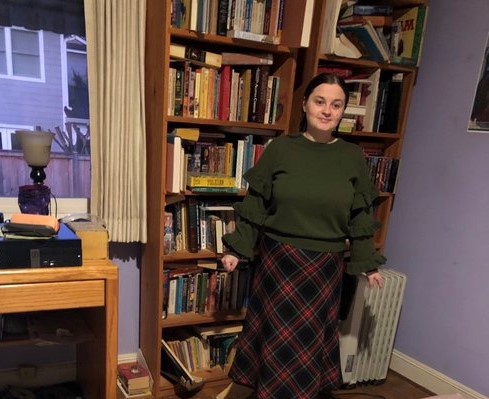 What are we glad of? speaking for myself we have been lucky and after this 20 months of pandemic life we are solvent, we are comfortably situated in our house which I have been able to keep comfortable and respectable looking, she has a good job she enjoys, and so do I (though unpaid -- I used to make a derisory sum but this way I am respected where once I was invisible and despised). We have our beloved things about us and activities we both enjoy -- she is still inventing and playing musical songs and making videos of herself. I carry on writing, reading, watching movies and writing again. Our cats, around 12-13, are healthy. My other daughter, Laura, 43, and her husband (49?)thrive. My third daughter, Thao, 38, is now pregnant, happy to be so while her husband, Jeff (slightly older) works long hours as a physician in Canada; she has Ph.D. in medicine and carries on her work as she can. Thao is just Izzy's age. Laura 6 years older. 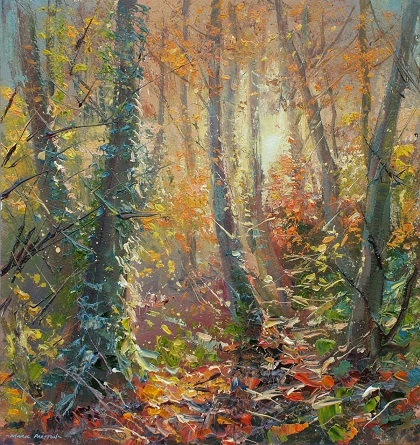