A small typical history of adjunct employment since 1989

Over on Wom-po we've had a long thread prompted by the publication of data about adjuncts. Here is the story, from The Chronicle of Higher Education: "Underpaid and restless: Dismal picture of life as a part college teacher [not professor, adjuncts and contingents are not professors),  and it's based on this study.  They talked of it decently and humanely; many on Wom-po are adjuncts or full time contingents. But sometimes I felt it grate against my chest bones, and spontaneously said:

This conversation made me remember a passage from one of Jane Austen's letters: "I believe I never told you that Mrs Coulthard and Anne, late of Manydown, are both dead, and both died in childbed. We have not yet regaled Mary with the news ... Mary was Austen's sister-in-law, just then about 9 months pregnant.

As the conversation morphed, they began to talk of actual salaries and conditions, citing general statistics, no one of course telling their own case flat out.

I was probably also moved to write this because I've been watching the recent film adaptation of Mildred Pierce (John Cain) on HBO with Kate Winslet. I've read the book now too and mean to blog on it over on Jim and Ellen Have a blog, two. I find it unbearably moving though as hogwash a fairy tale as much as Downton Abbey. 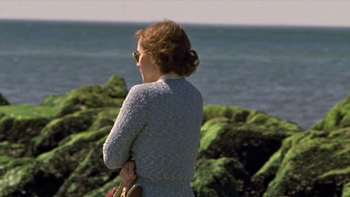 I meant this morning to write about Antony Graves, the black man who spent 18 years in prison charged with murder, all trumped up, over 10 in solitary confinement. Next time.

live in Virginia where there is a "right to work;" great Orwellian phrasing: it means no unions.

Where I teach I make on average $3800 per section so for a term where I teach 3 sections, that's $11,400. If I did that for both the fall and spring term, it was $22,800; and for a few years I did 2 sections more in the summer so it was $29,400. All this is before taxes and as we know taxes on the lower middle class are very high in the US so I didn't come home with that. No security at all, no health insurance, no pension, but I am married (as is common among long term women adjuncts) and have health insurance from my husband and my own small social security when I start it and will have part of his pension should he predecease me.

I did work that way when I was helping to put both my daughters through college. Caroline, the older one went in-state and before the prices started to jack up and she lived at home. She did run a car. The younger one won a full scholarship to a fine small liberal arts all-girl college: for a few (3) short years they were offering almost complete tuition off and she was lucky. Almost does not mean for free or really cheap; we paid for Yvette what we paid for Caroline to go to a state-supported senior college. I also kept it up for Yvette's graduate school for 2 more years. I don't know how many years this took. But that many I did this schedule.

We also bought me a car, a little blue Chevy which I'm driving (shades of Nancy Drew here, my little blue roadster), a 1993 Cavalier, which I'm still  fond of, discolored as it's become, without its trim any more. It's been a good car, and until a few years ago it caused me very few bills. It still works fine, only the air-conditioning is gone and alas, the tape deck for playing audio-cassettes. I have spent years in that car driving from one college to another, taking my daughters places, going to shop so the loss of the cassette player was a bad blow. Three years ago I replaced the old radio set with a new one which plays CDs and MP3s turned into CDs. But a car costs, interest rates are high and so I paid it off within a 4 years or less. I was doing both them. This was the middle-1990s, say starting 1995.

I also in the later 1980s and until 1992 was an adjunct in 2 places. For over 4 years. I was neurasthenic by the time I got home on those days I taught in both places, so 4 sections for the day. I had had had an hour to get from one to another driving down the highway at top speed. I must have come in contact with over 90 students over the course of the day.  Yvette would bring me her doll and a blanket when I got home and tuck me in as I lay on a couch.. She really did that. Silently. Then return to whatever she was doing.

I went down to about 95 pounds but I paid off a second loan we took to buy our house -- the "down-payment" which we paid 16% interest for.  Did I say we live in the state of Virginia where tenants have no rights of usufruct at all at all? We lucked in to buy the house we have. Another story, another time. Then I did 2 at each place and worked summers. So 4 a term, 8 altogether, and 2 in summer. At about the same rate.

At AU where I taught the president was caught making obscene phone calls to women and the place crashed for a while. 33% drop in enrollment and I was given no section and so stopped. I had paid off the second loan and didn't need that money.

But often times I have not been able to get 3 sections (and didn't seek it) and just had 2 each semester, and since my car is not air conditioned when they were not in college either didn't teach summers or did one. So many years I made more like $19,000. It's due to the two sets of years that I did take on a gruelling (the two places) or full-time (in effect for tenured people teach 3/3 or 2/2) schedule that I will get a modest social security income. Unless the Republicans in power get the wish of their masters (and themselves) and destroy it and people like me.

Unemployment in the US -- the real figure -- is probably and suggested to be 23%. The figures advertised only include those getting unemployment; they do not include those underemployed.

I noted someone said that where she teaches there are fewer contingent jobs. Where I teach many adjuncts were converted to full time contingent (4/4 and at a much lower salary than tenured but still a full time wage and benefits); at the same time the department has shrunk and most general education courses abolished and most requirements watered down. I think at this point there are 8 adjuncts in the department where once there were 40. You can at best get 1 section in the spring; it's hard to get 1 in the summer; fall you can still get 3. People can be treated pretty brutally and I've seen a large bunch hired in the fall with the expectation they will have sections in the spring and not get any and while apologies were issued, they are band-aids; the way the procedure was treated is as par for the course, what we see elsewhere and thus acceptable (or as if we were not here for the money). Full-time contingents every once in a while are turned into adjuncts again. I used to believe I couldn't do well or get a full-time contingent from some bad luck, the need Yvette had of me at home (disabled) and my working class background; I now know that I have Aspergers traits too. But my situation is not uncommon for women in the university as the MLA study and Chronicle story outline.

I worked for 4 years in NYC as an adjunct in NYC; 1970s; the story was a little different as there are unions there, but the unions sold the adjuncts down the river in most bargaining and at the time we never did get any health insurance or access to pensions. I understand they have that now and they make more per course and get better sections (literature for English teachers).  But beyond that the same. When I saw the salaries are higher I mean something like $6000 per section and out of that salary you must pay your percentage of the health insurance and pension like those who make much more money.

Unless there are in place laws, organizations with power that groups can turn to, such practices will persist, ameliorated by unions when they are there.

I saw an interview with Romney: about unemployment he smirked. Was amused. He's all for Scott Walker, fawns all over Walker who is intent on destroying gov't employees and what's left of unions.  Obama voices concern but does nothing. And each step the congress and supreme court take turn us in new ways back to the robber barons era.

The university exists just as any other institution; their practices have never been any different.

One of the many norms and taboos which work against working people (which is what I am) is never tell your salary or conditions. Like women their age. Shame is used to control you and fear. The powerful will fire you.  Well I've told. I'm going to be 66 this coming fall. 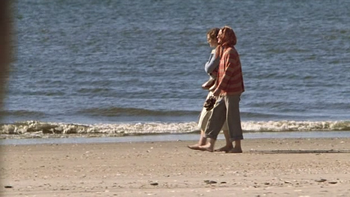 Mildred walking with her long-time friend, Lucy (Melissa Leo): women's friendship, real friendship  and also networking association is shown to be important as well as meaningful in this film

As I say, I've been watching Kate Winslet in Mildred Pierce (HBO movie the Admiral downloaded for me off pirate bay); I really find her performance evokes for me myself, my own life at times, it gets me where I live, but if is a compensatory (to use its own language), fairy tale. No one would have the success she does of her type and class. For another blog, another day.